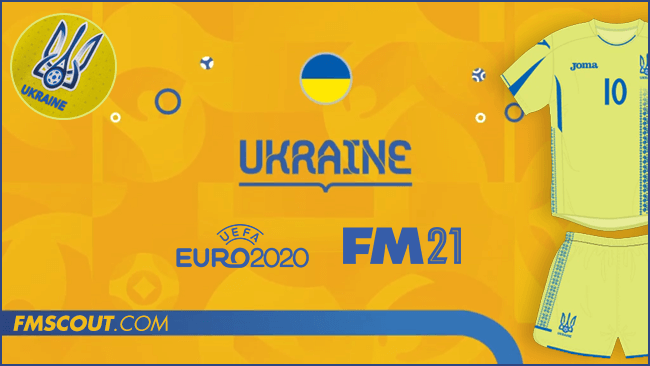 Managed by the legendary Andriy Shevchenko, Ukraine will be going into the Euros on a high. They topped their qualifying group containing Portugal and Serbia quite comfortably without losing a single match scoring 17 and conceding 4.

This is an amazing achievement as the team looks much more balanced in this iteration of the Euros than in the previous ones where they qualified as hosts in 2012 and via playoffs in 2016.

The average age of the squad is 26.4 which consists of a great blend of youth and experience with a transfermarkt valuation of 177 million. Whilst the squad has only 8 players playing outside of Ukraine, a good performance this summer can see a lot of them move to bigger clubs!

The nation is ranked 24th in the FIFA World Rankings and are seen as one of the favourites to progress into the knockout rounds and improve on their early Group Stage exits 2 Euros in a row.

Oleksandr Zinchenko may be a left-back to most of us, but for Ukraine he plays in a more forward role. The Manchester City defender is often utilised in centre-midfield where he is tasked with keeping his side moving.

He is a versatile and hard-working player whose technical ability on the ball allows him to retain possession, bring the ball forward and create chances. His defensive and offensive capabilities will ensure that Ukraine are a very tough side to beat.

Ruslan Malinovskyi will be the key creative asset for Ukraine this Summer. Playing alongside Zinchenko in a 4-1-4-1 or higher in a 4-2-3-1 and 5-2-1-2, Malinovskyi is one of the most talented playmakers in Ukraine’s history.

Even though he has had issues with Atalanta’s style of football stunting his creativity, he worked his way back into the squad. Over two years he has recorded an average xA of 1.15, 3.31 shot-creating actions, 26.9 carries and 76.9% pass completion.

This year he assisted 12 and scored 8 in 36 games out of which he started only half. His strengths are his passing, vision and versatility which has led him to play in multiple positions across the midfield.

Player to Look at:

Since then, he played 8 times for his country and 36 times for Dynamo Kyiv which included 13 matches in European competitions (9 in the Champions League and 4 in Europa League). These are insane stats for a man who will only turn 19 in September.

He is a tall centre back (1.89 m) who is calm in possession, can read the play well and is agile enough to keep up with quick opponents. Rumour has it, that Chelsea wants to sign him as the player for the future, but I think they have to act fast because after this summer, his stock will shoot up.

I think Ukraine will easily progress to the knockout stages dispatching Austria and North Macedonia before exiting against some of the tougher sides in the next round. If the squad continues improving under Shevcheko throughout the competition, they could potentially push further on into the tournament.