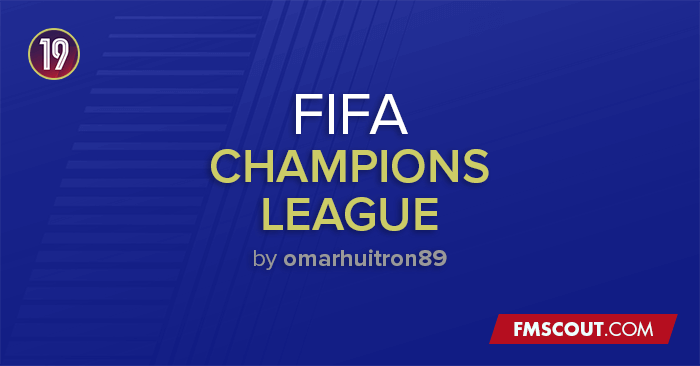 Hello, I bring you the final result of a project that I have been working on, a league of world club champions, similar to the Uefa Champions League, with representatives of all confederations, including 80 teams in the group stage, consisting of 16 groups of 5 teams each, the quotas are as follows:

The quotas of each federation are obtained differently, all with qualifying rounds to obtain the classifieds, between the rules only 2 teams are allowed per country and try to distribute the quotas according to the ranking or level of the leagues, these qualifiers are They compete jointly between July and August.

The final phase consists of 16 groups of 5 teams each facing a single game so each team plays 4 games, two home and two visiting and resting a day, the two best advance to the next round, this Round is disputed between September and November.

The 16 UEFA classifieds that went through the qualifying round:

The 16 classifieds of CONMEBOL.

The 5 best ranked CONCACAF, CAF and AFC and the best ranked of the OFC, according to its reputation.

The locks are in place so that teams from the same confederations do not face each other, except UEFA, which has two representatives per group.

For the elimination phases use a general sowing similar to that of a world cup so there are no draws, and the team at the top of the table receives the return at home, the final equal is round trip.:

Round of 16: Disputed in March

Semifinals: Disputed in May

The calendars are with the dates in which the UEFA Champions League is played so it should not generate conflicts.

The competitions appear loaded in the section of competitions of countries and not of clubs, something that at the moment I have not been able to fix, but from there on out it does not present any detail.

In Liechtenstein quota it is direct to Vaduz.

Canada's quotas are awarded through the cup since the league in this version is not yet.

The US quotas are awarded to the MLS champion and the cup champion, this because of the conflict of having Canadian teams.

Cash prizes are similar to those of the UEFA Champions League.