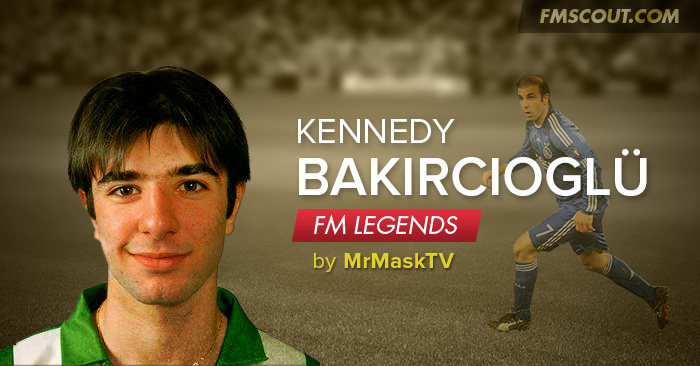 Mentioning Kennedy Bakircioglu in conversation marks you out as having played CM 01/02. Few recall his playing career with Ajax and Racing Santander, while even fewer remember he is still active at the age of 37 with Hammarby IF.

However, plenty remember him as being a Championship Manager gem. A legend whose title exploits almost defy belief.


Young Swedish talent was easy to come by back in the day but only Bakircioglu and Kim Kallstrom were the players you had to buy. Both attacking midfielders, both with the credentials – attributes – to take you to glory.

On the face of it, Bakircioglu ought to be instantly forgettable as a Championship Manager player. At the age of 22 in CM 01/02, none of his attributes screamed out that he was a star man. 18 for technique was his highest score while the rest of the categories were filled with 14, 15, 16 and lower.

So far, so ordinary. As were his match ratings; averaging 7.5 was OK, but not spectacular. But then something happened. Bakircioglu became unplayable. All his attributes increased as he churned out 9s and higher for his match ratings.

The man himself was impressed as he recalled in the book Football Manager Stole My Life. “I stepped into Sir Alex Ferguson’s shoes in the game. I signed myself for United. It was a case of what might have been. I played myself in the middle of the park, pushing David Beckham out right. I let him take the odd free-kick – he is the master, after all. His crosses made me look even better in the game.”

“I also signed myself for Barcelona and I remember thinking it was great to see my name listed in that squad, even though it was just a computer game. I played myself in the number 10 position, shunting Ronaldinho out wide this time to make way. It worked a treat.” Bakircioglu as a 26-year old.


It wasn’t just us fans who were obsessive; players could be as well. While his career didn’t scale the heights of CM 01/02, it wasn’t for lack of trying. He failed to impress at a trial with Manchester United and barely passed muster at Ajax where he made 35 appearances in three seasons.

After that, he ventured to Racing Santander for two seasons before drifting back to Hammarby in 2012. It seemed as if he was getting himself into gear, to challenge the CM Legend with 37 goals in 97 games but it’s back to the same Kennedy as before; he scored three goals in the next 40 appearances.

However, he could really convert those free-kicks (video).