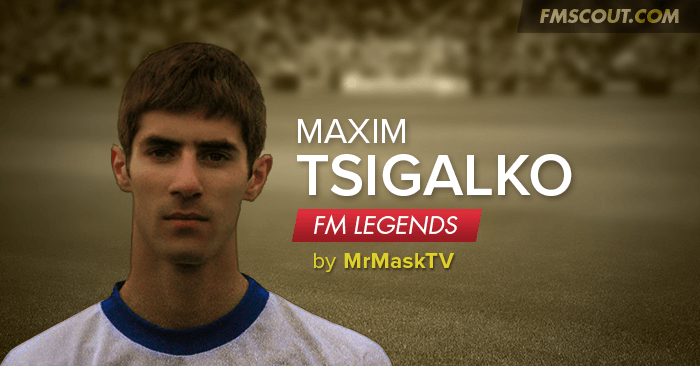 The greatest striker you never heard of, was a phenomenon in CM 01/02, even if the scouts got his name wrong. Maksim Tsyhalka as he was named at birth, was the classic ‘fox in the box’.

He was one of those legends where value for money was never questioned. Which club you signed him from was another matter. His career began with Dinamo Minsk in his native Belarus, but it was rare you could land him from them.

As a non-EU national, he needed a work permit and while occasionally CM threw a curve-ball and granted one, you usually kept tabs on him while he plied his trade with a lesser team.

Cue a ‘big’ offer; £2m was usually the trick, and for that, you landed your man. Tsigalko was a slow-burner; his first season started off as you would expect for a new player from a smaller league.

Except Tsigalko was no ordinary player. His second season saw his record creep up to a goal a game and beyond, crashing through the 100-goals in a season barrier with the thunderous power of a drum solo.

He was the Spinal Tap of CM 01/02; everything went one louder. There were 20’s for the key attributes a striker needs. Finishing, acceleration, heading, agility, pace; there were more but you knew from the way he played and scored, he was 21 in every category.

Tsigalko could do anything and did. On CM, he probably brokered world peace when his playing days were over. Tsigalko's history records in CM 01/02, after moving to Valencia.

Reality was never as good for Tsigalko. Football proved a cruel paymaster with his nomadic career reading like a list of Lonely Planet guides for the adventurous traveller in former Soviet states. Belarus, Armenia, Kazakhstan and back to his native Belarus.

A winner’s medal in the Belarussian Cup in 2003 was followed by the Premier League a year later with Dinamo Minsk. Since he left the club in 2005, Dinamo failed to win the title; is there a CM Curse?

He won two caps with a scoring record for his country that hinted at matching his CM exploits. Tsigalko scored the opening goal in a friendly against Uzbekistan in 2003, leaving him with an average of a goal every other game in international football.

But it was all over far too quickly. His legs succumbed to injury and at the age of 26 hung up his boots.

Maxim Tsigalko was forced to retire by the age of 26 due to a career-ending injury. Now (aged 35) he's just trying to survive and provide for his family.