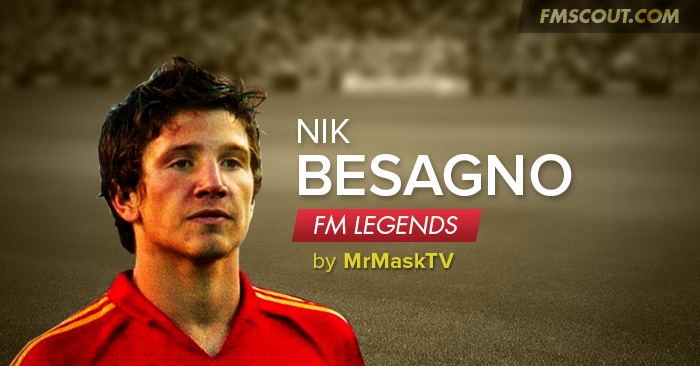 In Football Manager:
The other American ‘wonderkid’ ( Freddy Adu anyone?

) was one of the best holding midfielders in the game. Nik had bags of ability and was comfortable on the ball with the stats to back it up. With the correct coaching and nurturing he would become a pivotal part of most elite European sides but was also very versatile as he could play as a centre back/defensive midfielder or in the centre of the park. Besagno at the start of the game, as a 16-year old. Besagno 5 years into the future, as a 21-year old.

In Real Life:
So much was expected of him but he never lived up to the hype expected of him in Football Manager 2006. At the age of 16 Besagno signed a "Generation Adidas" contract with Real Salk Lake that guaranteed him a higher wage than most of the established players in the MLS. He was only the second player to be given this type of contract (after Freddy Adu) and this led to much discontent amongst his fellow peers. He was released by Real Salt Lake 3 years into his 4-year contract after only managing 8 appearances for the club. After brief spells with Seattle Sounders, Tacoma Tide and Kitsap Pumas the now 29-year-old plays for Washington Crossfire in the 4th tier of American football.

Maybe he was drafted too young, or never really found an opportunity with Real Salt Lake.