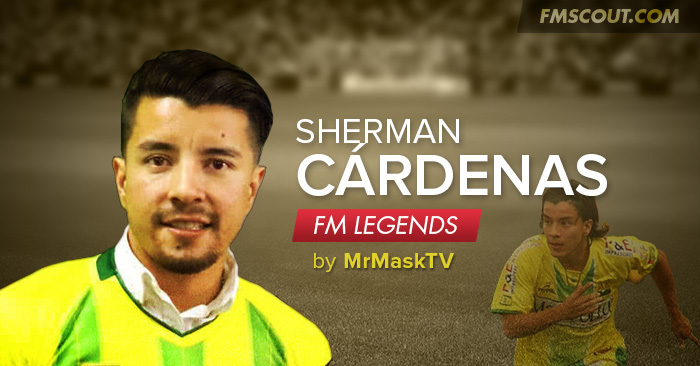 The South American wonder-kid was one of the best buys you could make, not only in FM 2006-2007 but in the entire history of the Football Manager franchise to date.

How did his career pan out in real life? The word journey-man comes to mind…

In Football Manager:
In Football Manager 2007 you could pick him up as a 16-year-old for under £2m and it would be the best investment you could make. He was the epitome of an out and out midfield goal-machine and to be honest nothing I can say will justify his greatness. (Can you tell I’m a fan?)

He quickly became the star of the Columbian national side and was up there with the elite players of the game. Like most players in the game, you needed to give him the right amount of time to nurture and develop his skills but having said I have failed to meet any virtual manager who failed with him.

The BBC’s Latin America football expert Tim Vickery once said that his rating in FM affected him in real life; “I think he’s suffered a bit from an unfairly inflated reputation. He showed some talent and then I believe was awarded a high value by the Football Manager game.”

I find this to be a bit of an excuse as I’m not sure a rating in a computer game can affect your ability on the field, but maybe the hype around him given by the makers wasn’t justified. We have seen it before and I’m sure we will see it again. In Real Life:
He started off his career at Atletico Bucaramanga and was tipped as the “The Colombian David Beckham”. For the majority of his career, he remained in his native Colombia, playing for the likes of Millonarios, La Equidad, Junior and Atlético Nacional.

In the last few years he’s been on loan at Atletico Minero (Brazil) Victoria (Brazil) and Quito in Ecuador but as of 2018, he is back at Bucaramanga in Colombia’s Primera A due to a family health issue.

As you can see from the teams he’s played for over the past 10 years or so he hasn’t achieved what was expected of him in Football Manager. And even though he wasn’t a complete flop, it genuinely upsets me that he wasn’t the next James Rodriguez or Juan Román Riquelme.

He is another FM legend that failed to replicate the form that was expected of him unfortunately but his legend will forever live on.

Simon Edwards (@SimonEdwardsSAF):He hasn’t fulfilled all of that potential, but he has definitely had his moments over the past decade.