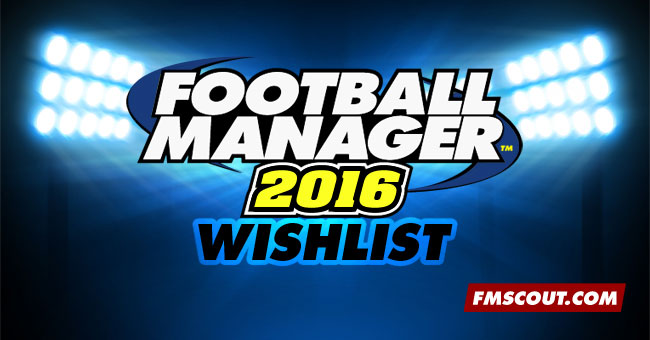 The production cycle for Football Manager 2016 has already begun and we are into a very important year for Sports Interactive. They have just released EastSide Hockey Manager after 8-year hiatus (remember EHM 2007?) while 2016 will also mark the much anticipated launch of Football Manager Online (at least in Asia); a project rising out of the ashes that FM Live left behind.

As usual, FM16 is expected to arrive in Q4 2015, possibly November. During the feature meetings at SI Towers in London last year, Miles Jacobson announced there were more than 3300 voted ideas on the table; enough material to work on, even up to FM18 (his words). Apparently the feature meetings for the forthcoming FM are already over, as Miles reported on Feb 6 (relevant tweet). It would seem that the first week of February is the locking date for these feature meetings.

So with the FM16 feature set complete and locked weeks ago, the ideas included in this article can only be officially considered for FM17. However, it is always interesting to know what the community wants and expects from Football Manager 2016, and to find out how these ideas will match the new features SI decided to introduce in the new game.

Besides, there are still about 7 more months that we need to fill with FM15 while waiting for the next one in the series. So starting the FM16 hype now is not exactly too late, but rather appropriate instead.

A few days ago, I created a dedicated Football Manager 2016 page on Facebook and you are all invited to give it a like to stay tuned with the latest news and discussion as it happens. In fact, all the suggestions presented in this article are taken from comments on our social profiles and forums.

If you have a good idea not mentioned in this article, please share it by posting a comment below and I will do my best to assess all feedback and update this piece from time to time. If you don’t have a member account here and don’t want to bother creating one, you can post on our Facebook pages.

Now, without further ado, let’s get to the list of the most intriguing features you want to see.

Suggestions from the FM Scout community


There are naturally lots of repeating feature requests throughout the years. Some of them have been classified as unrealistic by the developers because the game is called Football Manager and not Football Chairman. I personally disagree. Let’s consider reality for a moment.

What does a manager really do? Does he manage the club’s finances? No. Does he negotiate the player contracts? No. Is he the one making transfer bids to other clubs? No. So the boundary is already beyond realism.

At any case, I think Sports Interactive should keep an open mind about community requests, especially when there are lots of people who stand behind these ideas.

Manager wage is pointless, unless you can do something with the money earned; for example, you could use this wage to:


Regional Pricing and a Loyalty Scheme


Another matter that deserves a mention is the game’s pricing. However, I suspect this is something that interests SEGA the most. Over the last couple of years, we have seen the introduction of the so-called regional locks. Essentially this means having different retail editions of the game for different regions. This allows having a different price for each regional edition in an effort to fight piracy by lowering the cost in countries where people cannot afford to buy game for the premium price most European countries pay for it.

One problem is that there are European countries where people cannot afford paying 50 EUR and to be honest not even 30 EUR. Another problem is that buyers in countries where premium price is still evident are not pleased that others could buy the same game for a lower price. Add a proxy and it gets even more complicated. So what could be the solution? I guess it depends on SI and SEGA. Are they willing to set one price for everyone? If they are, it should be one in the middle range or a bit lower. Perhaps with a price around 20 EUR there would be 3x more copies sold, but you can never be sure.

An interesting idea (Johnpaul Breslin) would be to introduce a loyalty scheme for buyers. So if you already own the previous FM, you’d get for example 2 EUR off or it could work accumulatively for up to 5 past FM titles for higher discount. With Steam being a requirement for some years now, such scheme should be easy to do. What do you think?


Below you can check out a fan-made pack-shot of FM16 created for fun by Stam. 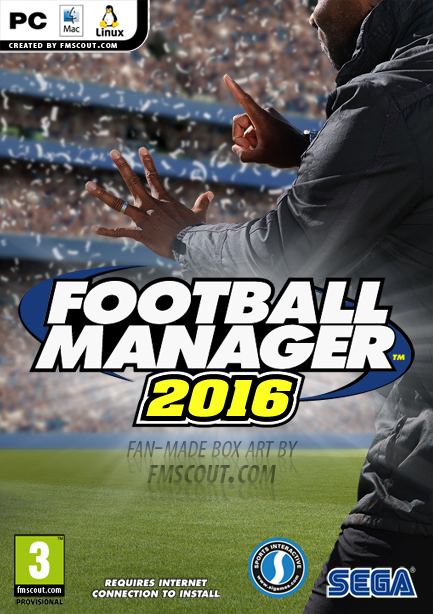 61 comments have been posted so far.