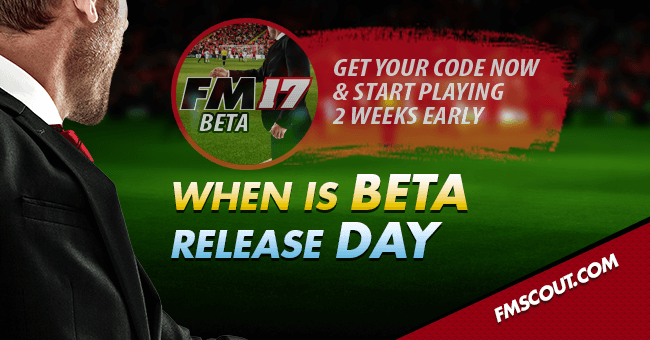 When the FM 2017 pre-purchase started, Sports Interactive revealed the final release date to be November 4th and said that the early Beta access will open at least 2 weeks before that.

FM 17 Early Beta access is one of the free bonuses you get for pre-purchasing Football Manager 2017 from participating retailers, such as the FMSCOUT Nexway store. Other free bonuses include a gift copy of FM Touch 2017, added DLC and 3 new challenges in challenge mode.

People were asking on social media when is this Beta coming and they'd do it every single day. Miles Jacobson, Sports Interactive studio director, has repeatedly explained 3 things:

The third one wasn't announced until mid week last week, so there was a lot of speculation that Beta access would open on Friday (Oct 14th) or during the weekend of 15-16 Oct. This created some confusion because a lot of people didn't notice what Miles tweeted regarding Beta NOT being ready yet.

Based on the 3 facts outlined above, it was clear that the Football Manager 2017 Beta would be released next week (17-21 Oct).

UPDATE 9:21 pm GMT, October 17th
Miles Jacobson has announced via his Twitter account that the FM17 Beta will be released on Tuesday, October 18th around 7:20 pm GMT!


Get immediate access to the FM17 Beta for free 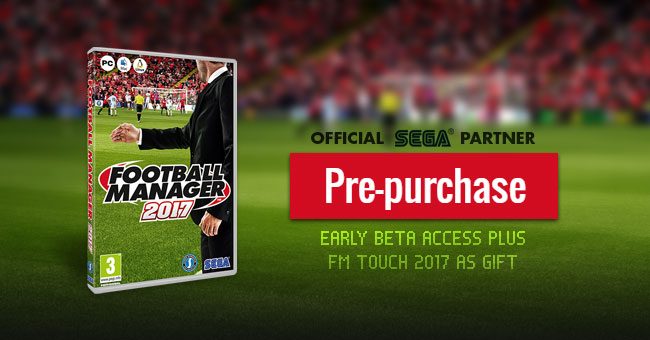