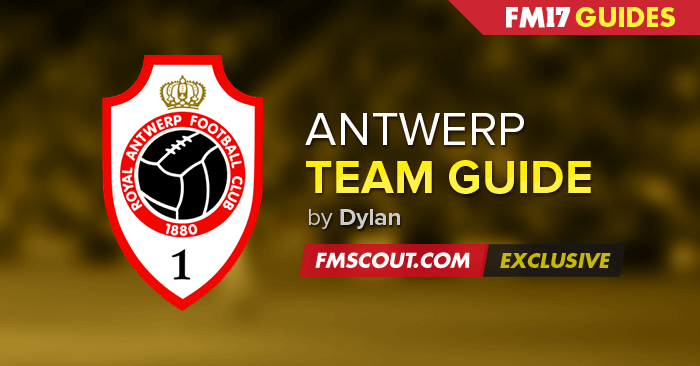 Royal Antwerp Football Club is the oldest Belgian football club; it was founded in 1880. They play in Deurne-Noord, a part of Antwerp, in the legendary Bosuil stadium, it’s also called “The Hell of Deurne-Noord”. Their greatest rival is Beerschot-Wilrijk, another team located in Antwerp, and even though they play a division lower than Antwerp, the rivalry concerning which is the best club in the city stays immense.

Antwerp won the Belgian 1st division 4 times, last time in 1956/57, and the Belgian cup twice. The proudest moment in their history probably was reaching the final of the European Cup ll in 1993. Unfortunately, after that it went downhill with the club, suffering financially as well as on the field. They relegated in the 2003/04 season and still haven’t been able to fight their way back to 1st division.
Last season they missed promotion on goal difference with – I am not kidding – 1 goal.
The devastation was immense, and so is the hunger to promote this year.

Since the 2015/16 season the club has a new owner and finally seems to have a future again. The budget is bigger, the players are better, the amount of fans has doubled.

Since Belgian football has been reformed since this season, they play in Pro League 1B (2nd division) alongside 7 other teams.
It's a very closed competition where everyone can defeat everyone. Be prepared, a lot of teams will come and counter against Antwerp.

The finances of Antwerp are dramatically bad and you will struggle throughout the season, because you have to pay 1.12 milion per month to pay off debts.

It is really important you win promotion on the 1st season, the budgets in Pro League 1A are way higher, and way easier to play with.

You are expected to win the 2nd division to promote to the 1st division. The media also predicts Antwerp will win, as they have a very good squad for playing in 2nd division.

In the Belgian cup you have to at least reach the seventh round.

I will put a “(N) “ behind a player’s name if he is new since this season.

Goalkeeper
4 Goalkeepers in the squad, the best being Antonijo Jezina (N), with Debaty and Kudimbana fighting for a place on the bench, and Jordy Huysmans who is a talented keeper. Personally I think you should get rid of Kudimbana as he has an expensive contract and you’ll do fine with Jezina and Debaty.

Right Back
Daeseleire first choice, Corryn (N) as back up.
Duplus (N) and Colpaert can also play this position. But you need them in the center.

Centre Back
Biset and Colpaert are the logical duo here, with Duplus as backup.

Strengthening Advice: I strongly advise signing Allasane Diaby on a free transfer, as he is a very promising talent, whereas Biset and Colpaert are both getting older and Colpaert is injured very frequently.

Left Back
This position is a big problem, only Vansteenkiste is good enough here but he is injured for another 3 months. The only backups you have are 2 youth players: Jaeken (N) en Verstraeten (N).

This is the first position where you really have a problem and I quite honestly have no idea who you could sign, I would try looking for a cheap loanee.

Left Wing
Camus (N) is the best winger, followed by Dierckx (N). If you play with wingers and an AMC it’s best to put Camus central, and Dierckx on the left, Dierckx can also play central and right, but is simply better on the left, while Camus is good left and central.

Transfer Advice: I advise selling Binst and Limbombe as they simple aren’t good enough for this squad and you have too many wingers.

Right Wing
Remacle (N) as first pick.
Dequevy as backup, he can also play on the left wing and as a striker.

Central Midfield
Quite the opposite of the wings, you don’t have a lot of players here.
1 Defensive midfielder: Omolo
3 Central midfielders: N’Diaye, Dom and Kasri

I advise playing with Dom and N’Diaye next to each other and keeping Kasri as back up.
This is the 2nd position that needs reinforcement but I couldn’t say how, as you don’t have a transfer budget and no wage budget.
Normally Dom and N’Diaye should do just fine.

Strikers
Vleminckx (N) is the best one, by far. Lallemand (N) is also an amazing striker, and even Owusu is pretty good.
Even though Vleminckx contract is very expensive, don’t try to sell him, as he just joined, and you won’t be able to find a better striker for this Division.
No striker problems normally.

To combine the players I would try using something like this (I am not good with tactics; this is just how all the players play in their best position): 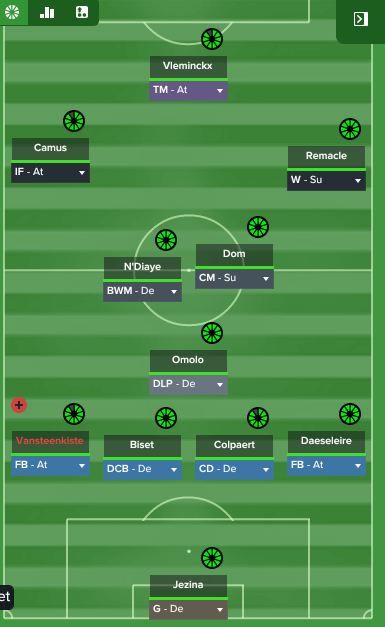 Antwerp is a really difficult team to manage, because of the financial trouble and a poorly balanced squad. It’s even possible they get a new owner in the game, not sure though.

If you like buying a whole new squad, don’t start with Antwerp, as a lot of the players are new and you won’t be able to get rid of them. It is an amazing challenge, and if you know the history of this club it’s an amazing reward when you finally promote to 1st division.

Last year Antwerp had to win the final match but it ended in a draw, and even the scenes of that match were amazing.

Normally, you should be able to manage just fine with the squad you have now. If you need help, or don’t understand Belgian football (it’s a pretty weird new competition) feel free to contact me!

I wish you the best of luck with The Great Old.


Credits to itsZdan for the banner. 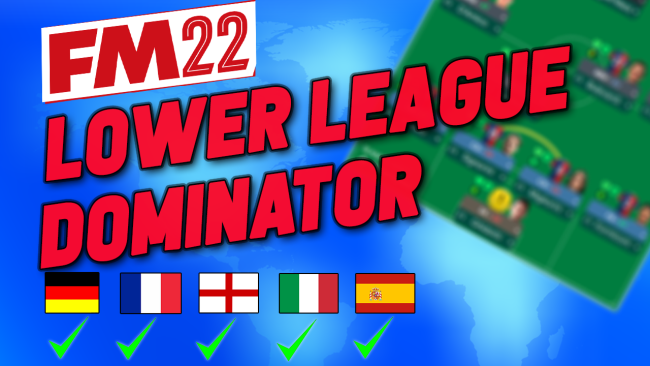