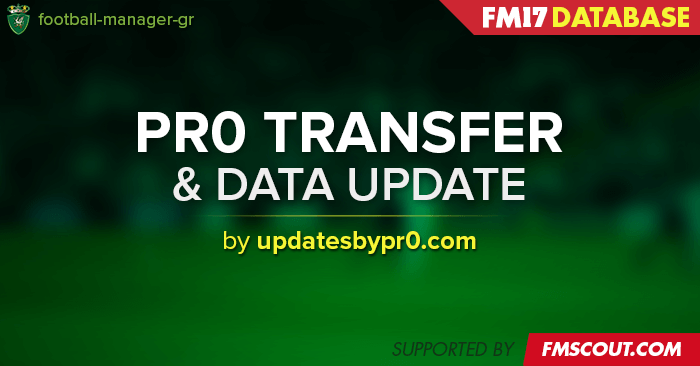 Version Final contains 110.538 changes until the 1st of October 2017 that happened after the latest 17.3 database lock-down.

Post your suggestions and feel free to tell me your ideas either on this topic or in the comments below. Hopefully I can do something about it!


In case you have more editor data files:
When setting up a new game, do not have any other data update files ticked on your Editor Data Files screen except this one.
Choose only my files if you are not sure about the changes in every file. Many files together from different creators can cause crashes to the game, duplicates and other problems. Avoid using files from different creators.

These FM17 Data Packs are created by pr0 on behalf of the football-manager.gr community.
Make sure to visit the brand new website dedicated to my Football Manager Data Packs: Updates by pr0.

238 comments have been posted so far.