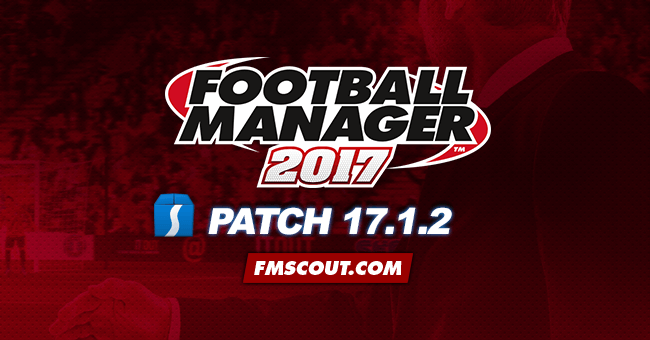 The 17.1.2 patch mainly addresses some stability issues, but also included are a couple of other fixes for issues raised since the final release of Football Manager 2017. A full change list is included below.


To update you will need to close down Football Manager 2017 and re-launch for it to update. If this does not work for you or you feel it has not updated you will need to restart Steam.
Even if that doesn't do the trick, then verify the game cache will.

GAMEPLAY
- Fixed rare case of player not returning from loan


For any feedback in regards to this update, please use the official FM17 Feedback Thread (requires free membership on Sports Interactive forum).