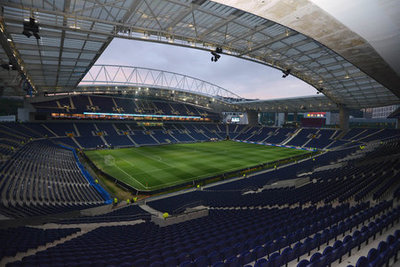 Hello there! I'm Mingos from FM Portugal. In our website, we write some guides of how to manage the squad of the bigger Portuguese teams and with the launch of Football Manager 2019, we decided to share with the rest of the world our guides! We will analyze every position in the squad and leave suggestions divided by three tiers: Now, for players who can help right now the team, Future, for players who may or may not be useful to the team but have a lot of potential and Expiring, for players who have expiring contracts. We'll also view the financial state of the club and its youth ranks and B/Reserve Team. In the end, we will summarize it with the board's expectations.

We'll start with FC Porto, the Portuguese champion, and "go down the table". The next two guides will be about SL Benfica and Sporting CP. Hope you enjoy it and feel free to leave a comment! 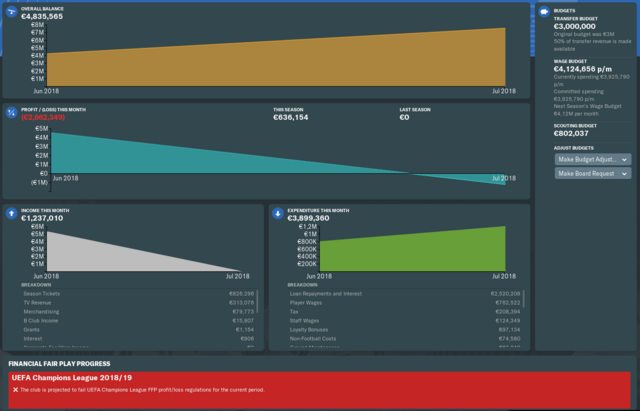 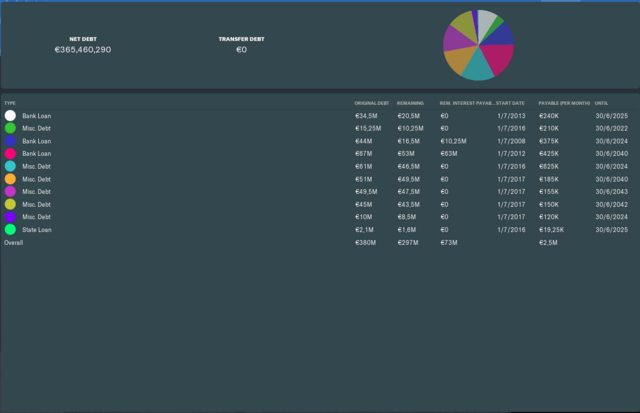 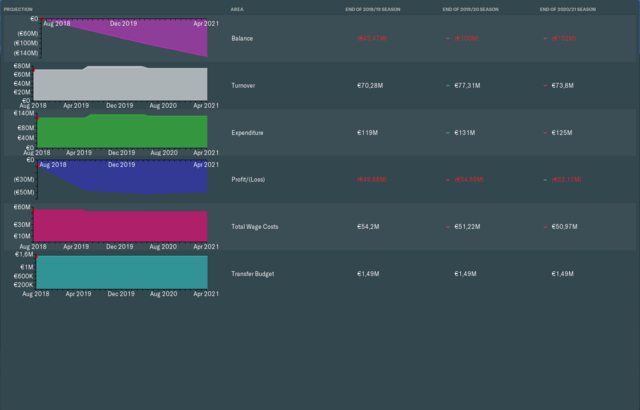 The financial state of the Portuguese champion is...bad. Despite a good showing in last year's Champions League and winning the Liga NOS, Porto's budget is low compared to their rivals and to past editions. The team has to pay 2.5M€ in a monthly rate for a long time and the annual projections are catastrophic. It is demanded a good European participation, probably even more than another championship, and two or three big transfers of valuable players like Danilo. It also doesn't help that Héctor Herrera and Yacine Brahimi have expiring contracts and are not quite open to renew them for reasonable wages, and they are two of the most valuable players in the team.

A 3M€ budget isn't necessarily low, the squad doesn't have a big weakness in it. Our suggestions have in mind the weak financial situation, so you will have to do some "gymnastic" to buy more renowned players.

We don't see a need to go to the market immediately, and there's even a promising Diogo Costa in the youth ranks as a future option. Anyway, we leave a few suggestions:

With the departure to Leicester of the undisputed Ricardo Pereira, the right back position will be handed over to an already aged Maxi Pereira and to the inexperienced João Pedro. If the Uruguayan can give guarantees of a good first season, the future seems to be handed over to the young Brazilian, who still shows a lot of debilites to correct in the defensive chapter. There's also Éder Militão, who can be very useful in this position, but we decided to include him at the center-back position.

If none of the available options leaves you assured, here's a list of possible reinforcements:

Alex Telles is once again one of the best players in the team, offering tremendous quality down the left side of the defense. The also Brazilian Jorge is a very good substitute, and finds himself loaned by Monaco with a 8M€ option to buy.

There seems to be no cause for concern in this sector, but here are our suggestions:

The center of the "portista" defense pops with a large number of viable options. The Brazilian Felipe and Éder Militão, the first with his imperial aerial game and the second with his complete physical profile, are the most prominent options. Chancel Mbemba is also an excellent option for this position, and the youngsters Diogo Leite and Chidozie are interesting names as second string options and for the future, specially Diogo Leite. The two have also home grown status, which makes them valuable assets for the UEFA registry.

If there isn't any departure, we believe there is no need to buy a defender. Still, we leave our market recommendations:

In case the tactical system has a player at the defensive midfielder spot, this is an important position in the game of any team. In any circunstancie, either at the 6 or more up the field, Danilo Pereira is one of the big figures of the Porto team and deserves a prominent place in the midfield, making use of the strong physical aspect of his game.Riechedly Bazoer, loaned by Wolfsburg and with a 9M€ option to buy, presents himself as a fairly complete midfielder and can also act in either one of the two positions in the center of the midfield and, therefore, promises to be a great alternative to Danilo.

The two strong mid-fielders seem to assure quality in this position, but if there is an intention to search the market, our suggestions are in the list below:

In the engine room of dragons, Héctor Herrera and Sérgio Oliveira stand out as two good quality options, both quite complete and assuring a balance in both the offensive and defensive parts of the "portista" game. The aforementioned Danilo Pereira and Bazoer are also able to play in the most central position of the midfield, especially with a predominantly defensive role, while Óliver Torres and Bruno Costa can do it in a more creative way.

The available midfield options seem to be able to cover all the needs but, in any case, we leave our list of players to observe in the market:

The already mentioned Óliver Torres and Bruno Costa are two creative players who feel especially comfortable playing in a more advanced midfield area. The Spaniard is the best choice for the "10" position, but Bruno Costa could be an interesting choice of feature, even for being one of the few players of the blue-and-white team with honors of having home-grown status. Otávio, Yacine Brahimi and Jesús Corona, although more often used in the flank, can also play in this more advanced midfield area.

If the position of offensive midfielder is contemplated in the game model that will be used, it may be recommended to analyze some possible reinforcements. So here are our suggestions:

As the main offensive and creative threats, Otávio , Yacine Brahimi and Jesús Corona , the former particularly in the pass chapter and the following in the aspect of the feint and the one-to-one, present themselves as excellent options for the winger position. Hernâni is a typical flank player, although he does not seem to have the quality to aim to be more than an alternative option. The forwards Moussa Marega and Adrián López, although more effective in central areas of the attack, may also be drawn to the line and offer different tactical nuances to the blue-and-white attack than the common wingers.

Three options with a lot of quality and some depth in the bench seems to be enough for the winger position, but being a position of great importance and whose wear and tear is always avoidable, we leave some names to reinforce the "portista" attack:

The poacher spot in the Estádio do Dragão does not count with an outstanding player, but Tiquinho Soares and specially Vincent Aboubakar seem to deliver the goods in regards to the production of goals from the attack. Moussa Marega 's physical power and speed may offer interesting solutions to the offensive blue-and-white game, particularly in a two-forward system. The depth of the squad in this position is guaranteed by André Pereira and Adrián López , none of them with outstanding attributes at the previous level but both quite competent and complete.

There are also some indications for players to observe in the market for the forward position in the list below:


From the usual truckload amount of loaned Porto players, two names deserve special attention for a future integration in the main team: Wenderson Galeno, speedy Brazilian winger loaned to Rio Ave, and the flairy Juan Fernando Quintero, searching for a new opportunity at Porto, are players that can fight for a spot in the squad in the next season. Mikel Agu, for his important status as a home-grown talent and for his quality, would also be a terrific squad player.
If there is a need to cover a specific position in the future, players like Jose Sá , Yordan Osorio or Ewerton would also fit on the squad, but ideally as an alternative to the starters.

José Sá, Juan Quintero and Galeno: three names with quality to be in next year's squad.


Depending on their evolution in the loan period, young players such as the midfielders Fede Varela and Omar Govea or the defender Jorge Fernandes could also aspire to a place in the main team, particularly the last of this lot, since he is a home-grown player.


Among the many young products that play in the B Team, the potential of Diogo Queirós stands out, who together with Diogo Leite could be a future blue-and-white partnership. Also worth mentioning are the names of the left-back Oleg Reabciuk , as well as the midfielders Paulo Estrela , Rui Pires and Luizão .

Diogo Queirós, Oleg Reabciuk and Rui Pires, three names from the B team that have a future in the main team.


After analyzing Porto's youth ranks, two names that still have youth contract and whose talent stands out from the crowd: the goalkeeper Diogo Costa , already mentioned before, seems to have the potential to take over sooner rather than later the Dragon's goal; and also Fábio Silva , a 15 year old striker who already shows an unusual physical size for the age and a technical quality very evolved, with typical characteristics of a "goal-man" , which makes him a great hope for the blue-and-white formation .


To conclude, one last word of prominence for the midfielders Romário Baró and Afonso Sousa , both with potential that makes them players to follow with a lot of interest.


After a 2017/18 season in which Porto stopped a fifth consecutive champion for Benfica, the Porto board is not beating around the bush: the expectation is to renew the title . It will not be an easy task, as Benfica has improved their team and Sporting has high-quality offensive players, but we think that Porto has everything to become a two-time champion.

In the Champions League, the direction does not have great demands, since the presence in the group stage is enough to satisfy the directive requirements . In the Portuguese Cup, reaching the final is the minimum .

The League Cup and Super Cup are not important to Pinto da Costa, but we think that the Super Cup is an easy competition to win and the achievement of the first League Cup for FC Porto an interesting personal goal .

Written by: Sobrado and Mingos from FMPT