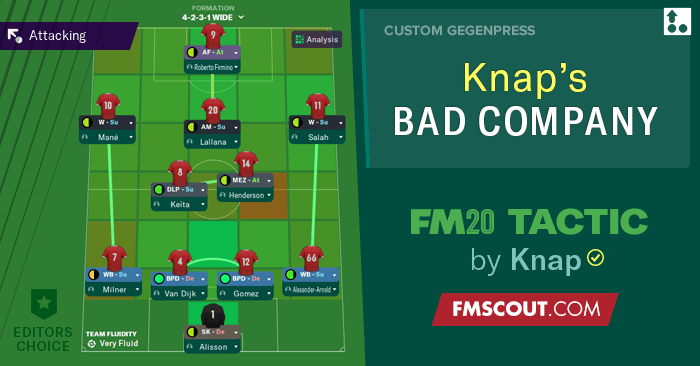 It has huge demands of the players. Physically as it is gegenpress but also technically as it has the highest tempo setting possible.

It also defends narrow, so there will be a lot of space on the sides, making it more vulnerable defensively.

"Bad Company" is a single tactic and not a set of tactics, which is a bit uncommon. Created for the latest 20.4.0 version of the Match Engine. 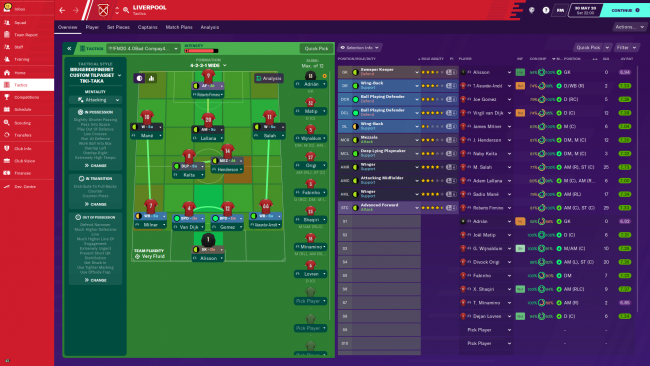 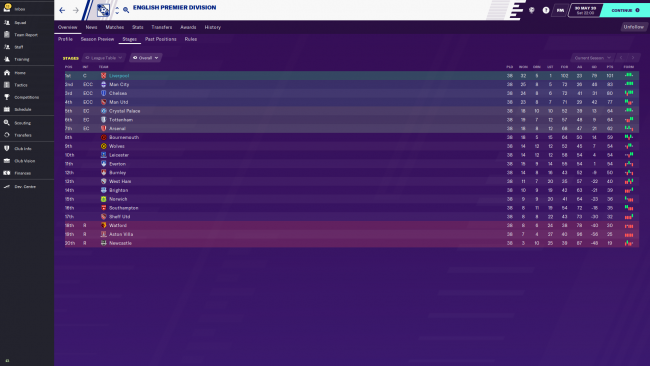 Bad Company should be more suitable to a top team, because it has high demands from players, both physically and technically.