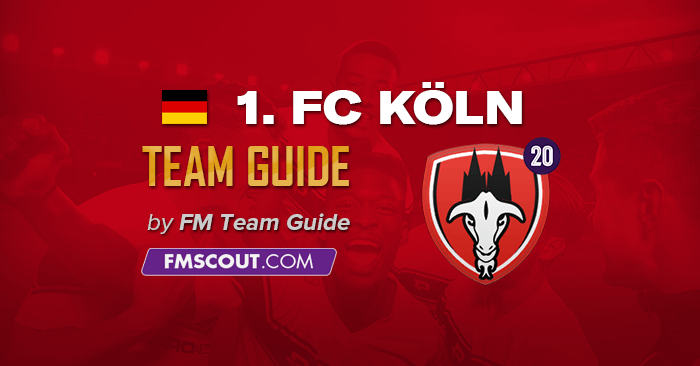 FORMED IN 1948, F.C KOLN WERE A FOUNDING MEMBER OF THE BUNDESLIGA ESTABLISHED IN 1963. THEY BEGAN IN STYLE, WINNING THE INAUGURAL CHAMPIONSHIP AND IMMEDIATELY MAKING THEIR MARK IN THE NEWLY FORMED DIVISION.
The next season they finished 2nd in the League and enjoyed a great run in the European Cup before meeting Liverpool in the quarter final. After 3 games the 2 teams still couldn’t be separated and the tie was eventually decided by the toss of a coin with Koln being eliminated.

Their greatest triumph however came in the 1977/78 season as they won the League and DFB-Pokal double. Going into the final Bundesliga fixture they were tied on points with rivals Borussia Monchengladbach but comfortably clear on goal difference by 10 goals. Incredibly, Monchengladbach won their fixture 12-0 but Koln won their game by 5 goals to clinch the 2nd Bundesliga in their history.

They remained a force throughout the 80s but the last 2 decades have been spent flitting between the top 2 divisions. Following promotion in the 18/19 season they are back in the big time again and in search of a return to the glory days. 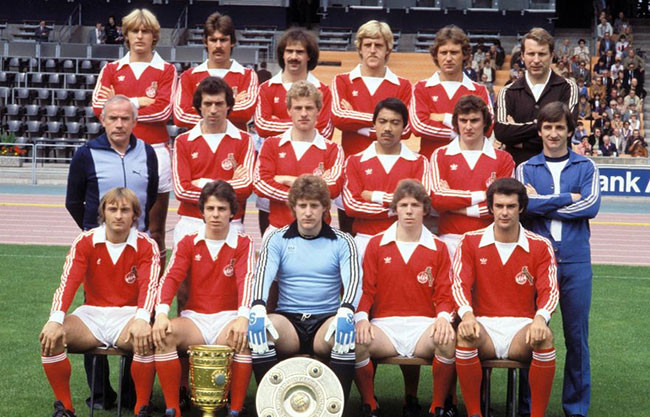 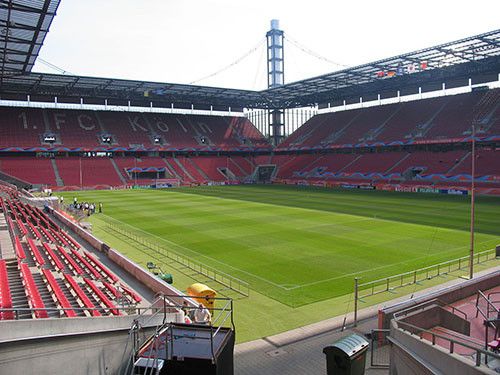 GOALKEEPER
The long serving Timo Horn is a key player and will be vital to your chances of success. Number 2 Krahl is young and unconvincing, a replacement reserve required.

RIGHT BACK
Newly signed Ehizibue has the physical attributes but can be clumsy in possession and lacks positional awareness. Schmitz can improve and is an ok squad player. A couple of fairly average options and a position to improve in time though it isn’t the immediate main priority.

CENTRE BACK
Young Spaniard Jorge Mere is the pick of the bunch and he can develop further. Bornauw can also improve to be a useful player. Czichos is ok but at 29 could be one to cash in on as the budget is so poor. Loanee Leistner is sluggish and has a mistake in him. It has a very average feel to it overall and a new partner for Mere will improve both him and the defence as a whole.

LEFT BACK
Captain Jonas Hector is an experienced international and the teenager Katterbach is an excellent prospect. One for the present and one for the future, easily your strongest area.

RIGHT MIDFIELD
New signing Schindler is the pick here but his final ball can often disappoint. Clemens and Risse are ok squad players. This should be an area to improve in the first couple of windows.

CENTRAL MIDFIELD
Skhiri is a classy playmaker from deep and the best midfielder at the club. Loanee Rexhjbecaj is a good aggressive box to box type. Hoger is a great team player though at 29 he will start to decline in a couple of seasons. Hauptmann can play further forward but is best used deeper, he’s currently a squad player but does improve. Verstraete is of a similar level but is best suited as a BWM. You’re ok here for now with players to progress in the future.

ATTACKING MIDFIELD
Drexler has ability and a good eye for a pass, he’s the only out and out AMC though others can cover here. As you need to sell to buy he could be sacrificed if not wanting to use a no 10, he often has interest shown in him.

LEFT MIDFIELD
Jakobs is one to watch, he might not be ready just yet but does develop further. Kainz brings a bit of flair cutting in as an IW. Like much of the squad you’re ok for now but no more than that.

STRIKER
Cordoba is a good pressing forward though lacking in a bit of composure when the chance comes. Terodde is unproven at the highest level but the target man’s goals got them promoted and he’s a good option to have. Modeste has returned following a spell in china but is a squad player now at best. Loanee Uth is a good finisher but contributes little else.

Schaub has good technical ability and is a useful option. Sorensen and Sobiech are ok lower-level Bundesliga CB's but should be sold as they aren’t the level to aspire to. Jannes Horn is a similar level lb. CM's Koziello and Ozcan’s progress should be monitored as they’re young enough to improve further. Youngster Bisseck is also an exciting prospect and definitely one to retain when returning from loan.

The assistant and coaches are largely of a decent level. Menger the GK coach is particularly good, fitness coach Weuthen should be replaced though. The physios are ok but you’re lacking sports scientists. The scouts are good and focus should be on finding some bargains and promising youngsters as the budget is poor. ‘Ok but can be improved’ is a theme that runs throughout the club overall, as a newly promoted team though that is somewhat to be expected.

A sleeping giant. With over 100,000 members you can rely on a great support but there remains much to do. The squad is certainly good enough to stay up but the financial situation is poor. Development of youngsters is key and some smart acquisitions will be needed but you’ll have to sell first. A major clear out is unlikely until you reach the 2nd season with Bundesliga status confirmed. You can then look at improving the playing staff and rebuilding as a whole.