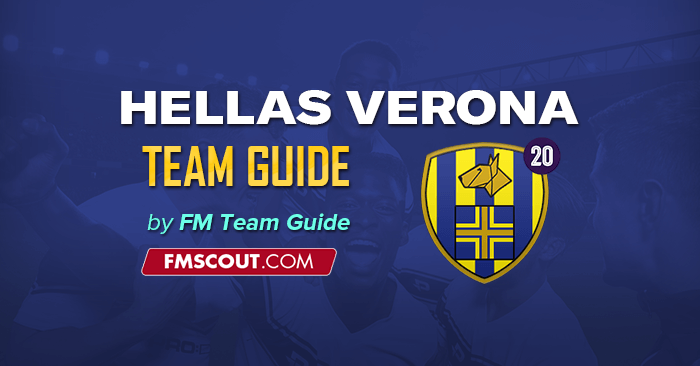 Founded in 1903, Hellas Verona’s greatest success came in the 1984/85 season when they shocked the football world by winning Serie A.
Led by legendary coach Osvaldo Bagnoli, they were a growing force in Italy prior to the title winning season. In both the 82/83 and 83/84 seasons they were defeated Coppa Italia finalists and finished in the top 6.

But this was the Serie A of the mid 80’s starring the likes of Maradona (Napoli) Zico (Udinese) Socrates (Fiorentina) Falcao (Roma) and Platini (Qatar). It was a League dominated by superstars and incredibly tough to succeed. Nobody thought they would actually win it.

They ultimately couldn’t maintain this level, financial problems caught up with them and the club folded just 6 years later only to be reborn. They have since drifted between Serie A and the lower leagues. Following promotion in 18/19 they are back in the top division but the odds are heavily stacked against them again. 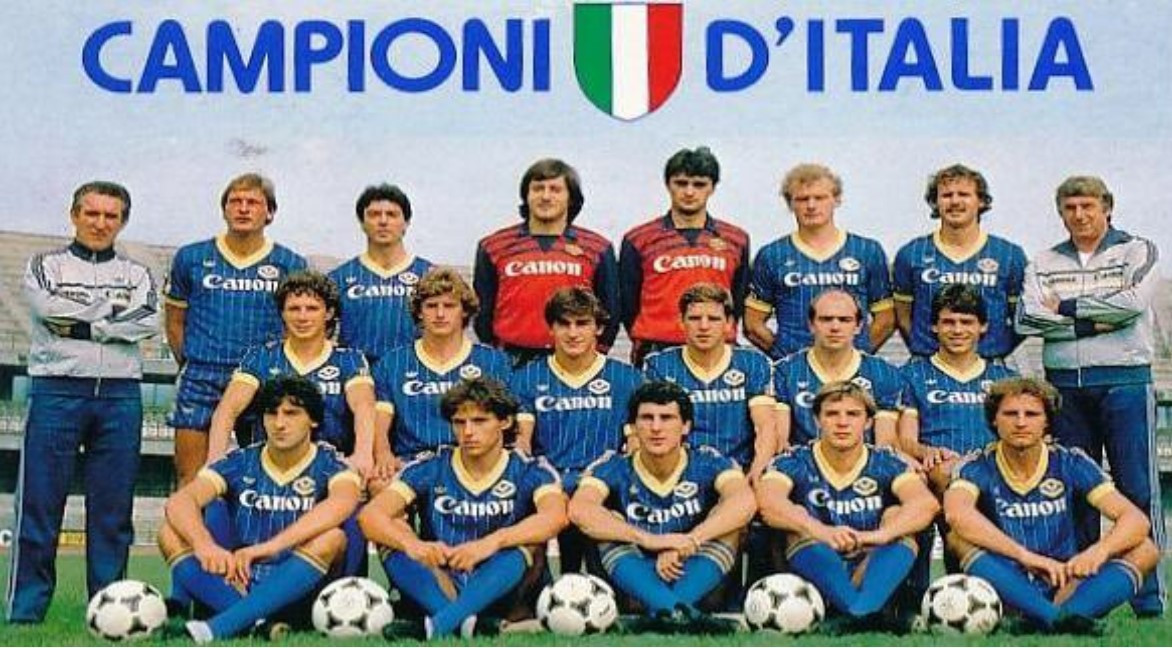 CHALLENGE  -  WIN THE 2ND TITLE IN THEIR HISTORY 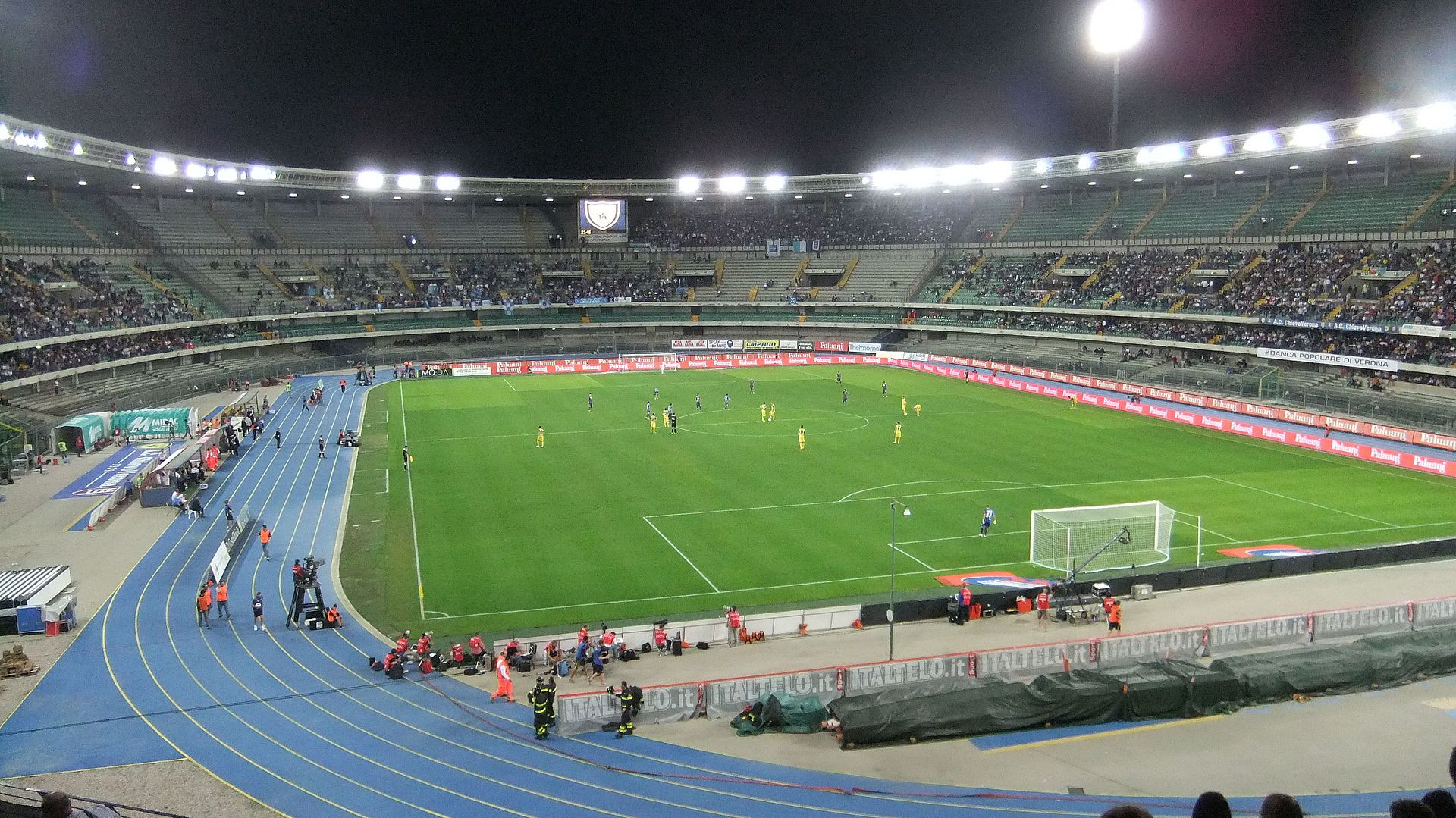 GOALKEEPER
Marco Silvestri is the number 1 and a key player, he is lacking some attributes in terms of distribution though so may not be suited to a SK role. The on loan Radunovic and Berardi as backup give you sufficient depth in this position.

RIGHT BACK
Faraoni has a good all round game and is your 1st choice, the on loan Adjapong has talent too. One of the strongest areas of the squad and no need for reinforcements.

CENTRE BACK
Teenager Kumbulla has a great future and should be starting. New signings Dawidowicz and Bocchetti are useful squad players as are the on loan duo Rrahmani and Gunter. Empereur should be moved on.  A higher-level CB will be needed in time but it may be worth leaving until on loan players return to their clubs and the clear-out begins.

LEFT BACK
The loanee Di Marco is a good young prospect who will swiftly improve but he’s your only LB in the squad, you will have to strengthen here in the 1st season and again when he returns to Inter.

RIGHT MIDFIELD
A few can cover here but there’s no out and out RM, an obvious area for that 1st signing.

CENTRAL MIDFIELD
Danzi and Chechen simply aren’t good enough at present. Amrabat, Badu and Pessina are good loan signings who offer versatility in terms of the roles they can play. Miguel Veloso is your best passer and can still dictate play from deep but he may only have another couple of seasons left in the tank. Further forward and Zaccagni offers good creativity and flair but little in terms of goals, the on loan Verre has a good all round game though and Jocic should be promoted from the u-23s as he has significant potential.

LEFT MIDFIELD
Former Liverpool man Fabio Borini tries but is lacking technically. Unfortunately he’s a new signing and on a very very generous contract (£77K a week FFS), sell him asap and just get what you can. Lazovic and Eysseric are decent but lack a goal threat, they may have to do for now though.

STRIKER
It feels like Giampaulo Pazzini has been around forever, he’s still your best finisher though and is physically good considering his age. Stepinski is an OK squad player with a little improvement in him, but only a little. Di Carmine is a similar level in terms of quality minus the potential improvement. Eddie Salcedo is on loan and has potential.

Former Celtic man Liam Henderson can be a useful squad player when he returns. Di Gaudio is a left IW similar to Borini minus the crazy contract, if there’s a Ballon d’Or for agents I think we’ve found a winner.

Matteo Paro is your Assistant and it’s his first role as number 2, he’s better suited to being a Coach or Data Analyst so if you’re the type to rely on your Assistant in terms of responsibilities you will want an upgrade. The 1st team is lacking Coaches in general especially in terms of defensive training. Particular focus in training should be on creating greater cohesion and building chemistry as there are a huge number of new arrivals at the club. There is no Data Analyst in place, Scouts range from poor to average and the Physios are mediocre. A lot of changes needed all round if you are to establish them as a contender.

You have a squad good enough to just about stay up but weak enough to deserve the low media expectation. There are a significant amount of players on loan deals and a limited budget. An immediate clear-out is unlikely, you must largely work with what you have initially and survive in Serie A before spending wisely in the 2nd season and building the club up as a whole. One thing you can count on is a loyal fan base but there’s much to do to get the club back to the very top.