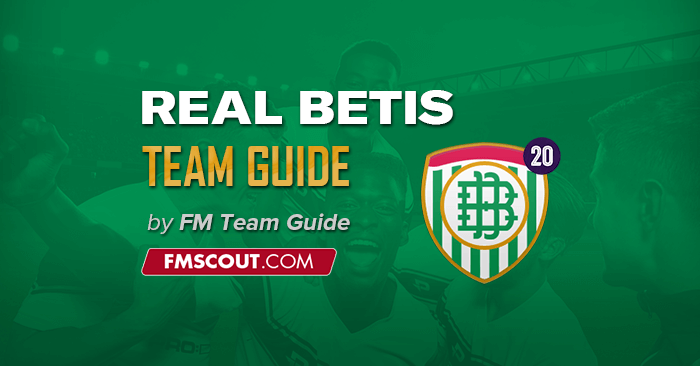 Known as Real Hispalis on FM20.


FOUNDED IN 1907, REAL BETIS GREATEST ACHIEVEMENT IS THEIR LA LIGA TITLE WIN IN THE 1934/35 SEASON.
Led by Irish manager Patrick O'Connell, they edged out Real Madrid by a single point to become champions for the first time in their history.

And then it all went wrong.

The next season O'Connell left for Barcelona, a club he is often credited with saving from bankruptcy. Betis struggled without him only finishing in 7th. Then the outbreak of the Spanish Civil War meant La Liga was suspended for 3 years and when the league returned, Betis championship winning team had long been dismantled. Relegation in 1940 prompted the worst period in the club's history.

They have however spent most of the time since in the top division, but the 1934/35 triumph remains the club's only La Liga. Following a mid-table finish in 2018/19, another title feels a long way away. 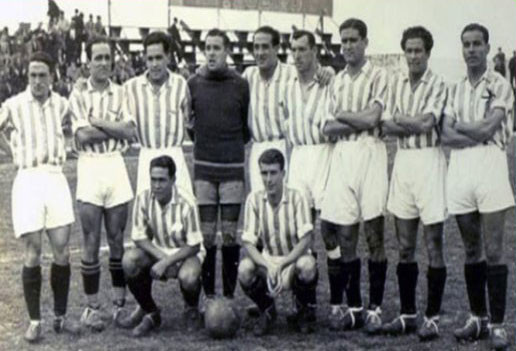 CHALLENGE - Win the 2nd title in the club's history 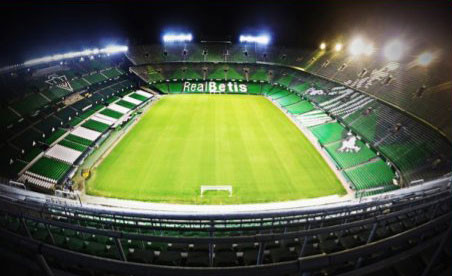 GOALKEEPER
This isn't a good start. Former Everton man Joel Robles hasn't shaken off those Toffee traits, his low concentration and poor decision making are a problem. His mental attributes are nowhere near good enough for an elite league so he's one to sell. Young reserve Dani Martin can develop into a decent backup. A crucial area to immediately improve.

RIGHT BACK
Emerson can get caught out of position but he has talent and offers much going forward. Francis is an OK number 2 with improvement in him. Barragan's best days are gone and should be sold.

CENTRE BACK
Marc Bartra is one of the most important players at the club. Sidnei complements him well as a partner as he has a more physical game. Feddal is a squad player at best. Mandi can cover here or at RB but with interest from other clubs likely he could be one to send away, especially if in need of a budget boost.

LEFT BACK
Moreno is very weak in the tackle and best suited as a winger. Pedraza can play here but he’s lacking in the defensive basics, he can also play further forward but his final ball can disappoint. Both are squad player at best in either position, a new 1st choice needed

RIGHT MIDFIELD
Joaquin made his professional debut for Betis 20 years ago but he still possesses great technique, at the age of 37 though his physical attributes mean he should be used as a squad player. Tello can play on either flank.

CENTRAL MIDFIELD
William Carvalho is a strong and classy deep Playmaker, his lack of pace is covered by his positional awareness and he's a key player. Fellow DM Javi Garcia is technically limited and at 32 will only decline, he should be moved on. New signing Guido Rodriguez is another defensive minded midfielder whilst Guardado offers vast experience and versatility. Barca loanee Alena has great ability in possession.

ATTACKING MIDFIELD
Fekir and Canales offer so much albeit in a similar way. Fekir can play in other positions but that maybe isn't making the most such a talented player. Canales would be a big player to sacrifice to bring funds in but it is an option. The whole central midfield area is very strong but lacking variety, it seems like everyone is a Playmaker of some sort.

LEFT MIDFIELD
New signing Moreno is the type to beat a man then do little with it, he's unlikely to ever be more than a squad player and should be sold when possible. Juanmi can cover up front but is best used here cutting in as an IW. Tello is an option also but as you have plenty of cover already here he may be best used on the right.

STRIKER
Iglesias has a good all-round game and eye for goal and should be your main man. Loren has a similar game but is a notch lower in quality. Not an immediate priority.

Camarasa is a very average CM and Sanabria is a striker who doesn't look like he'll improve to the level you need. Both to be listed when they return along with the majority currently out on loan. The progress of Gutierrez should be monitored.

Torras is an OK assistant manager but there is a lack of technical staff overall and a better goalkeeper coach to work with your new signing would be ideal. The scouting department is average and in need of strengthening. The medical department lacks any sports scientists but do have a very good head physio. As with the playing staff, significant upgrades required if you're to bring them back to the top.

You have 3 or 4 top talents in the squad but much of the squad have a real mid-table feel to them with little potential to improve. There are a good amount of expendable players to sell to increase the budget. You must sell to buy as there are few real young prospects. Success as a whole will largely depend on your success in the transfer market. 50000 season ticket holders give you an idea of how passionate the supporters are, they deserve more.