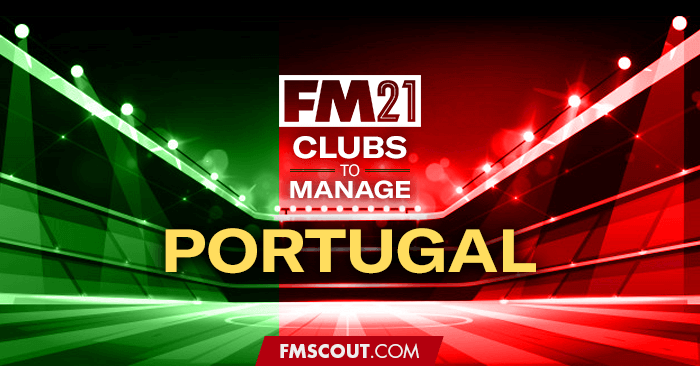 The article is divided by league's; Primeira Liga, Segunda Division - both of which are playable in FM21.

Starting off with Primeira Liga where Porto won the league title.;

The Primeira Liga in recent seasons has been a constant fight between Benfica and Porto with the former well ahead in rankings for the most domestic titles. The issue comes up when it comes to European competitions for Benfica whom still seem to be under Guttmann’s curse. After consecutive Champions League wins, Guttmann approached the board for a pay rise – who refused and he left the club and professed his famous curse where; “Not in a hundred years from now will Benfica ever be European champions.” That was in 1962 where we are reaching the 59th year of that curse – and recent performances vindicate that Benfica by no means will ever be near winning a European trophy soon.

The biggest club outside of Porto and Benfica – Sporting complete the traditional “Big 3” of Portugal. That being said, Sporting won their last League title in the 2001/2002 season where they were on par with Porto for league titles. Recently the club is in a bit of a chaotic state where fans invaded the training ground and attacked players and the overly boisterous attitude of some upper management have made Sporting a bit of a joke. Things have calmed down recently but they still don’t look like competing with Benfica or Porto for the league title despite some domestic cup success as of late.

Last season, Famalicao had their best finish in Primeira Liga history by finishing 6th, and one point off of Rio Ave who finished 5th, holding a Europa League spot. This is quite an incredible feat by the small club who found themselves in Portugal’s fifth tier during the 2008/2009 season and have been on the rise since. Their first season back was impressive and hopefully under your care next season they can push into European places or do one better in the Taca de Portugal where they got all the way to the semi-finals last season.

Uniquely, Santa Calara is the only club from the Azores islands to have competed in the top flight of Portuguese football, making them the westernmost top-flight club in Europe. Last season was their best ever league finish by coming 9th and tying their best run in the Taca de Portugal by getting to the fifth round. Things are positive as the club have solidified a third consecutive top flight appearance in their history starting next season – they look to take on the challenge of staying in the top flight again next season.

Portimonense looked to be dropping back down to Portugal’s second tier at the end of last season as they finished second from bottom. However Vitoria de Setubal who finished in 16th failed to produce valid licensing documentation to compete in the 2020/2021 seasons and got chucked into the third tier along with Aves. This means that Portimonense survived and will remain in the top flight – but they do look set to be relegated for next season, can someone take advantage of two club’s mismanagement and bring this club to an unprecedented level?

Nacional in the previous decade were the “fourth placed” club in Portugal who were directly challenging the “Big 3” for silverware and European places. However they now find themselves the main “yo-yo” club in Portugal as they’ve bounced between both the first and second tier consistently every season since the 2016/2017 season. A bit to sad to think when the season before that during the 2015/2016 campaign that despite a poor league performance ending in 11th they were in fact participating in Europe. Could this be the end of bouncing between divisions and challenge once more near the top?

Mafra are on a very impressive rise which last season saw them sniff at the potential of being promoted for the first time to Portugal’s top flight. Spending majority of their history in the regional leagues, Mafra are now going on their third season remaining in Portugal’s second tier. The tiny club whose stadium only has a capacity of 1,200, Mafra do have a lot against them to try and gain promotion next season – especially with bigger clubs in the division such as Estroli and Academica.

Both clubs can count themselves very lucky, especially how both were by far and away the poorest clubs last season in the Segunda Division. Thanks to Vitoria and Aves’ relegation to the third tier, both clubs were not relegated. Both can breathe a sigh of relief but many improvements must be made for both clubs if they have a hope of surviving next season as well.

After promotion in the 2011/2012 season – Estoril immediately were competing in the Europa League thanks to solid performances which saw them finish 5th and 4th respectively for the 12/13 and 13/14 season. However despite this burst of success, no silverware was won and Estoril quickly found themselves dropping back down the league table where they currently sit in the upper part of Portugal’s second tier.

Despite a Taca de Portugal win in the 2011/2012 season, Academica never really did anything in Portugal’s top flight for a considerable amount of time. They were subjected to mid-table mediocrity before a poor league campaign saw them relegated in the 2015/2016 season. Now they find themselves in the same position as they’ve been in the 2nd tier for the fifth season running, however their finishes have been closer to the upper end of the table. It’s a bit of a shame, and put’s Academica’s stadium which by capacity is one of the biggest in the country to little use.

Desportivo das Aves and Vitoria de Setubal - both demoted from the first tier.