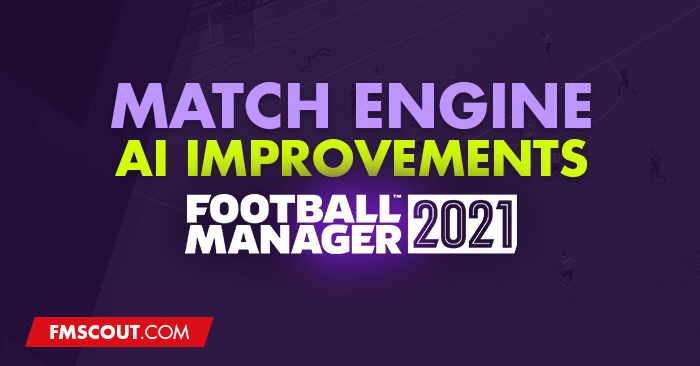 Sports Interactive revealed the improvements to the FM21 match engine AI in a blog post today. They promise we will immediately notice these improvements from the moment we enter the first match. The action will feel more unpredictable and fluid, or simply put more realistic.

There's an extra level of depth added to decision-making which has led to improvements across the pitch with new variations in player movement, a refined marking system, a renewed focus on midfield action and goalkeepers being more adaptive to the environment around them.

Players and officials are each making a decision every quarter of a second, and that is called a “slice”. In FM21, players will now be able to change their original decision mid-slice as the situation around them develops. This allows your players to be more reactive and make faster decisions.

Marking in FM21 is greatly improved. With the improved decision-making, defenders can now react more intelligently to attacking movement and can pass their marking duties on to another defender while they move to close down another player as the attack unfolds. This will occur in both open play and during set-pieces.

ATTACKING IN THE FINAL THIRD

Improved the positioning of both AMCs and strikers who, depending on their role, will now look to come to the ball more often and offer support for team-mates on the ball or drag defenders out of position. In general, FM21 sees much more movement in the final third as attackers look to create space or exploit gaps in the defensive line.

When one-on-one with the ‘keeper, players will make better shot selections based on their angle to the goal and the position of the goalkeeper. You’re likely to see more dinks over the goalkeeper this year. You’ll also see a higher percentage of players passing and not shooting from tight angles, depending on your tactical set up and the player concerned – some just want to try and score from anywhere.

In FM20, the midfield action was being bypassed too often. For FM21, there's greater emphasis on central play that results in a more authentic flow to events in central areas. Increased the number of interceptions across the pitch but particularly in midfield areas. Players will now actively look to block passing lanes rather than following the movement of the ball. Rebalanced risk-taking from players in central areas. Defenders are now more aware of the threat of play in central areas and will react more instinctively to those scenarios.

Goalkeepers in FM21 will be quicker to go to ground in certain situations. Goalkeepers are now much more conscious of the time they have to position themselves for an opponent’s shot. They are now more likely to try to make aerial interceptions by coming out to claim crosses and, depending on their attributes, may look to punch the ball more often as well.

You can read more details on the official blog post. 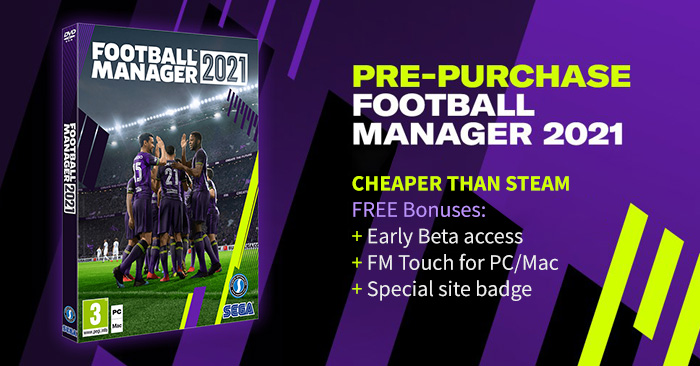 Buy FM21 through fmscout.com much cheaper than Steam store, and earn a unique buyer badge for your member account, and our gratitude for supporting our community financially.