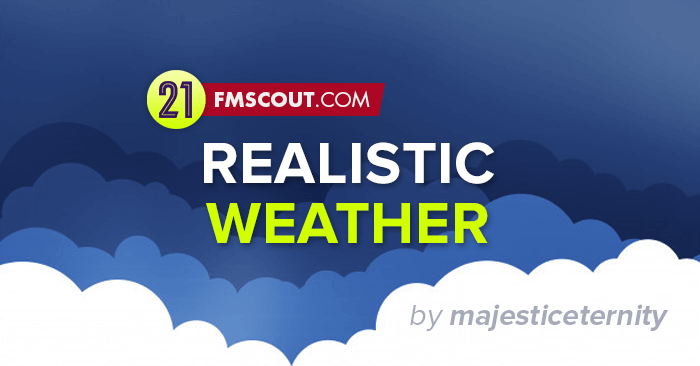 
Can you battle the down-pour from Kyushu, Japan's typhoon season, the below -20 temps in Russia, the sweltering heat of Mexico, or the hot summers and monsoons in Senegal? Or do you prefer the mild, sunny Mediterranean side of Spain?

Australia (13 distinct climates varying in all weather types, but in general, increased temperatures, added wind, and a bit more rain/typhoons in proper places)

Mexico (optimized to a wider range of temps, added Baja and Baja Desert, and more extreme heat in hottest areas)