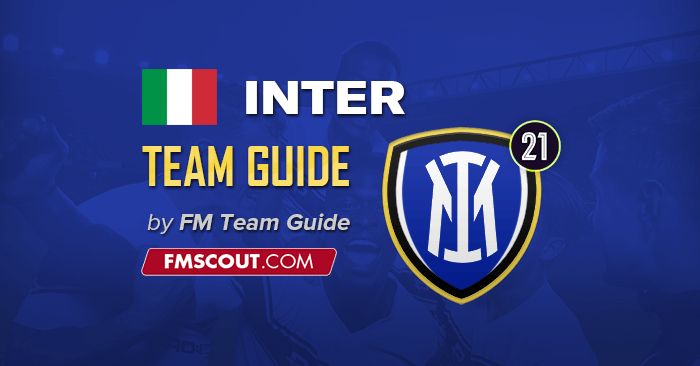 Internazionale were founded in 1908 & wasted no time in establishing themselves, winning their 1st Scudetto just 2 years later, albeit in controversial circumstances.

They were tied on points with Pro Vercelli who were by far the dominant side of early Italian football, a play-off would be required to determine the Championship. Feeling wronged (partly as the date chosen made it impossible to field their full 1st team) Pro Vercelli played a youth team in protest & lost heavily to the Nerazzurri.

Just a few weeks after this historic 1st title win, a Milanese boy was born who would go on to take Inter to even greater heights; Giuseppe Meazza. 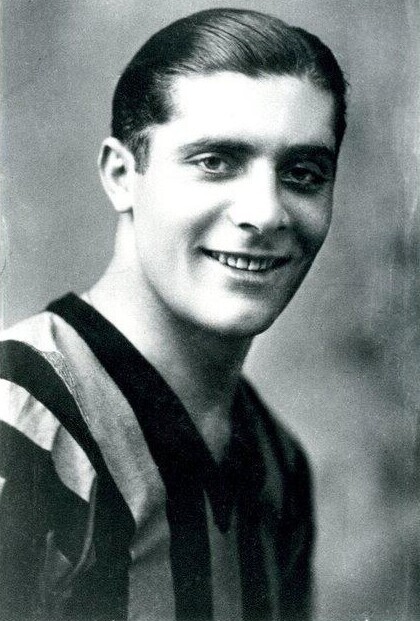 Meazza began his career at Inter in 1927 & the prodigious talent would make his debut at the tender age of 17, the diminutive forward (just short of 5’6) was soon lauded for his technical ability & supreme finishing.

A year after his debut & Inter were forced to change their name to Ambrosiana by the fascist regime of Mussolini which rejected ‘non Italian’ names, it was under that name that they faced fellow contenders Genova (Genoa) in a crucial game as they fought for the inaugural Serie A title.

There was drama even prior to a ball being kicked as part of the wooden stand collapsed causing injuries to a number of fans, the game still went ahead though & when the match began Meazza was unstoppable as he notched a hat-trick to bring Inter closer to a 3rd title in their history.

The trophy was confirmed soon after with Meazza finishing top scorer on 31 goals & his overall Serie A goal tally of 216 places him 4th in the all-time list, he also finished Serie A top scorer on 3 occasions.

He represented Italy in the 1934 & 1938 world cups, playing a pivotal role in them winning both tournaments & he remains their 2nd highest goalscorer of all-time. Meazza would even later play for AC Milan before entering a coaching career where he would return to Inter.

The stadium which Inter & Milan share (known to many as the ‘San Siro’) was later renamed the ‘Stadio Giuseppe Meazza’, a fitting legacy for a man who transcended the city rivalry & guaranteed his place as one of Italy’s greatest ever.

2 further titles arrived in the 50’s but far more was to come with the arrival of coach Helenio Herrera from Barcelona in 1960. Herrera was born in Argentina to Spanish parents & moved as a child to France where he would carve out a solid playing career, it’s as a coach & exponent of ‘Catenaccio’ however that he is best known.

Taking inspiration from Austrian coach Karl Rappan, the innovative Herrera modified his system to achieve great success, winning 3 out of 4 Serie A titles in the mid 60’s. They achieved glory on the continent too & in 1964 reached the European Cup final where they faced Real Madrid, finalists in 7 of the previous 9 seasons. Madrid’s famous star studded side of Puskas, Gento & Di Stefano couldn’t stop ‘Grande Inter’ as Herrera’s side ran out 3-1 winners.

The following season saw them get the better of Rangers & Liverpool en route to a final, held in their own stadium against Benfica. The Eusebio-inspired Lisbon giants were defeated by a goal to nil, Herrera’s seemingly impenetrable system holding firm as he cemented his status as one of the truly great coaches.

Serie A’s were won in the 70’s & 80’s before Inter won the UEFA Cup 3 times in the 1990’s. Despite breaking the world transfer record (for Ronaldo & Christian Vieri) the decade would pass without a single Serie A title, that would all change spectacularly in the mid 2000’s when 5 successive titles were won, the arrival of Jose Mourinho especially helping further ambitions. 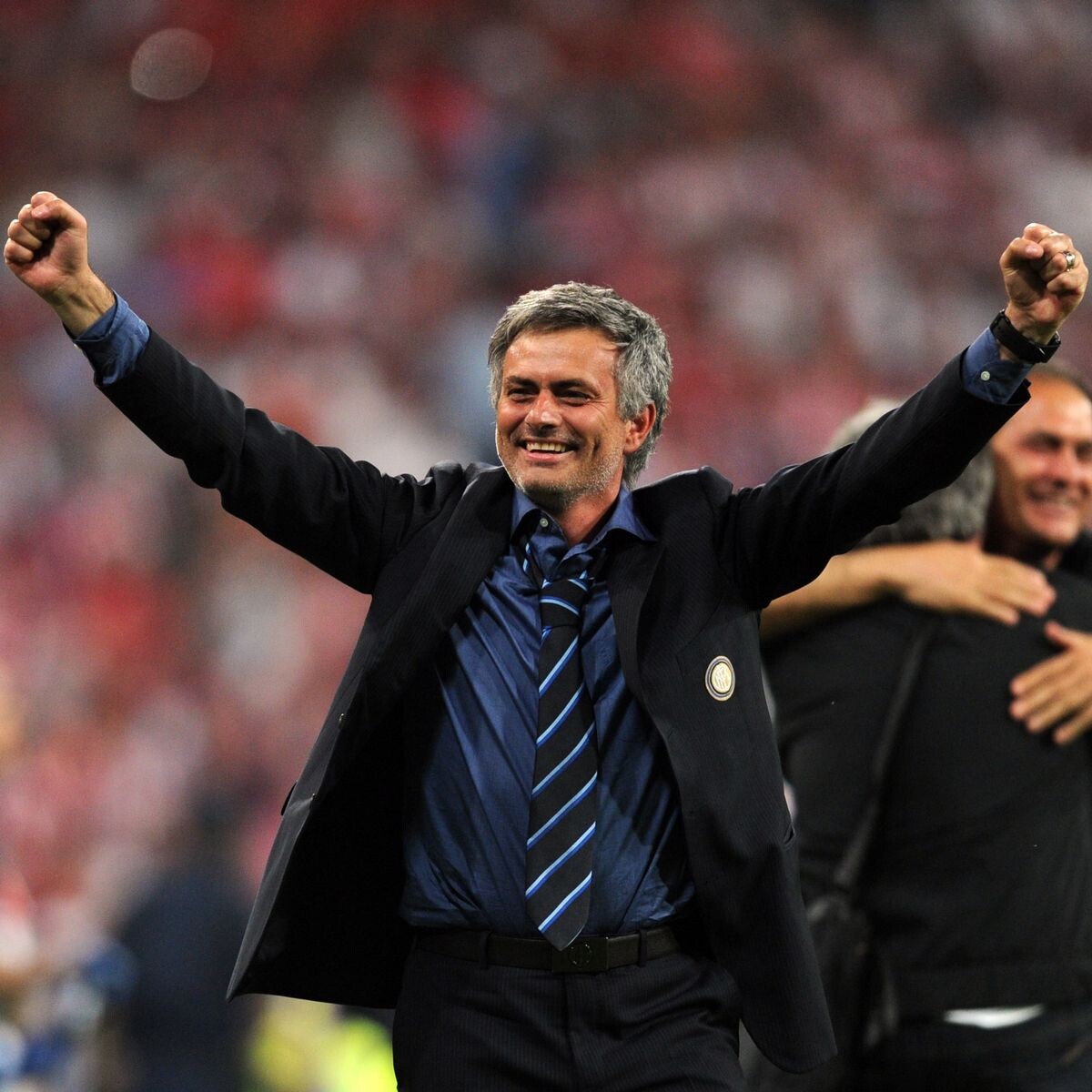 Having won the Serie A title in his 1st season they looked to the 2009/10 with even greater goals, they wrapped up the league on the final day of the season, finishing just ahead of Roma who they would also defeat to lift the Coppa Italia.

In Europe they were victorious over Mourinho’s former club Chelsea & CSKA Moscow in the knockout rounds before a semi-final clash with Barcelona, considered by many as the greatest team of all-time. A 3-1 inter home win was secured before they headed to the Nou Camp, where the task was made even harder when Thiago was dismissed, leaving Mourinho’s side to face over an hour a man down.

What followed was a defensive masterclass as Inter famously held Barca, only conceding late on to lose 1-0 yet still progress to the final where they defeated Bayern Munich. Diego Milito was the hero as they ran out 2-0 winners to become the only Italian side to have won the treble.

To the present day & after a 2nd place finish in the 19/20 season Inter look to challenge Juventus’ dominance & end their run of 9 consecutive titles. With a strong squad & budget behind them, much is already in place to follow in the footsteps of past greats & make history of their own.

CHALLENGE - THE 3 ERAS IN 3 SEASONS CHALLENGE

Nima: Ever since January when Christian Eriksen came into the central midfield with Nicolo Barella & Marcelo Brozovic, Inter have looked almost unbeatable. The balance that was so evidently lacking & a serious issue in the beginning of the season is a distant memory as the central midfield as well as the 3 man central defence are very solid. Striking a similar kind of balance here will be key. In terms of players to let go it’s about losing the deadwood in the squad (like Ashley Young, Kolarov, Vidal, Ranocchia) as well as players on loan who aren’t part of the project (like Nainggolan & Joao Mario). To reinforce the squad I would sign a left wingback, a backup striker to Lukaku but also a central midfielder to elevate the quality of the roster. The obvious choice is Rodrigo De Paul who has all the traits required in a midfielder to develop this Inter side. Handanovic is, despite a revival in form, slowly dipping & a 1st choice goalkeeper to replace the Slovenian is an issue that must be addressed sooner rather than later.

Chloe: I would immediately revert to a 4-3-3 or similar which gives greater depth in terms of centre backs & more flexible attacking options. I would sign a backup goalkeeper for a 36-year-old Samir Handanovic, as his form has been on a downward slope. I would also sign a more dynamic left-back to work on the opposite flank to Achraf Hakimi. Midfielders are fairly plentiful, but I would go for a winger to back up Perisic & a much-needed number nine to cover for Lukaku.

21 & under - Alessandro Bastoni
18 & under - Sebastiano Esposito