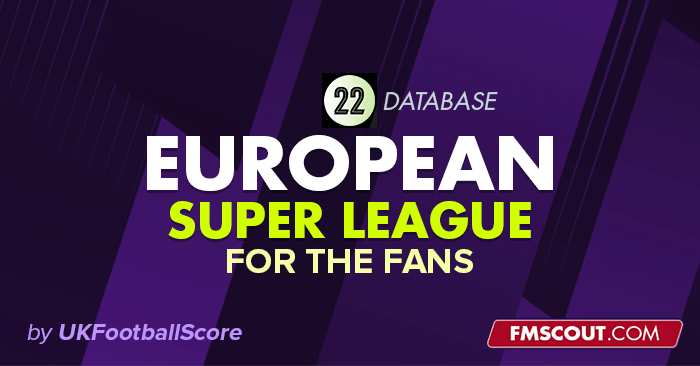 Soooo here we have a European Super League

4 top divisions... 16 teams in each league, taken the top 64 side reputation wise and they have been randomly placed into 4 separate leagues

at the end of the season the top 5 of each league goes into a champions playoff with the 20 teams to crown an overall winner.

Bottom 2 gets relegated, then the next 4 teams in each division go into a relegation playoff, a one off two legged tie to decide who goes down so 16 teams get relegated and 16 go up from a lower division set up of 45 teams that play each other once (don't load up that league though as its not playable) 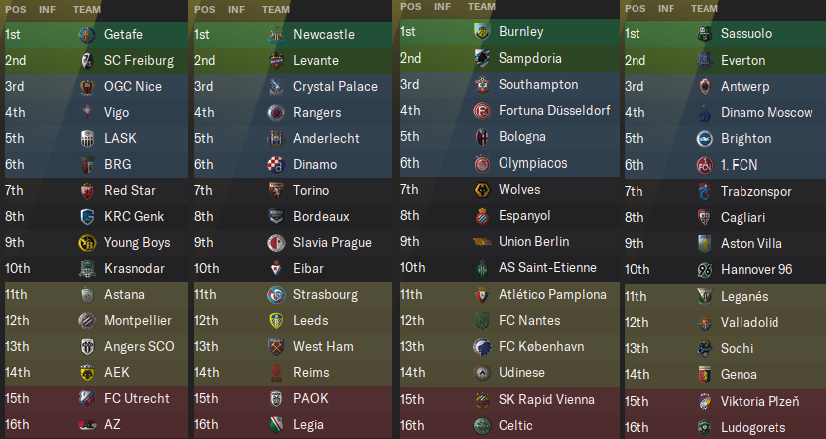 European Wonder League
set up with all 64 teams in the leagues
One knockout first round
group stage champions league style, 4 teams, 6 games, top two go through
then a knockout round up until the Semi Final which is a group stage where the 4 teams play each other once.
with the top two going through to the Wembley final 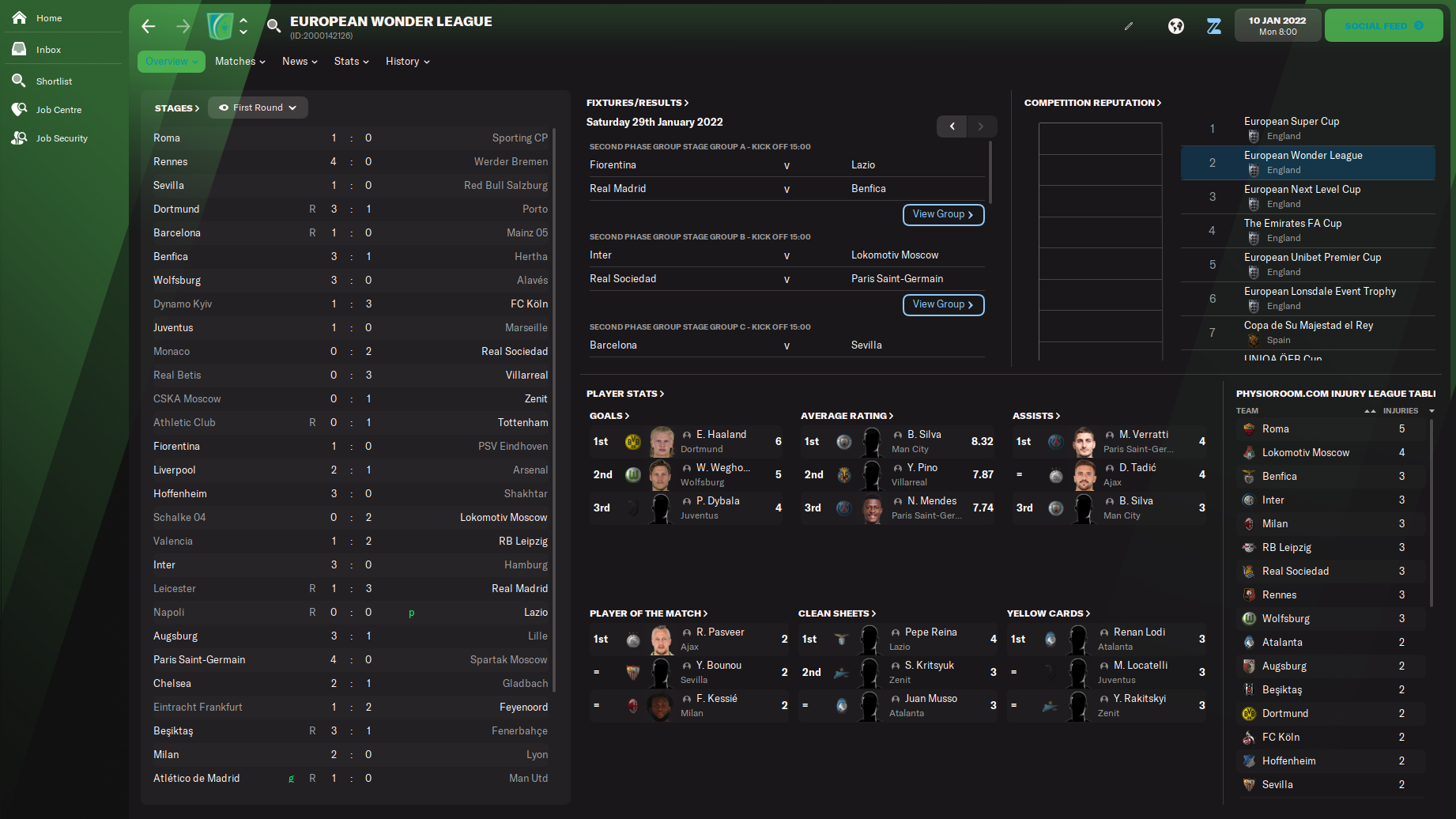 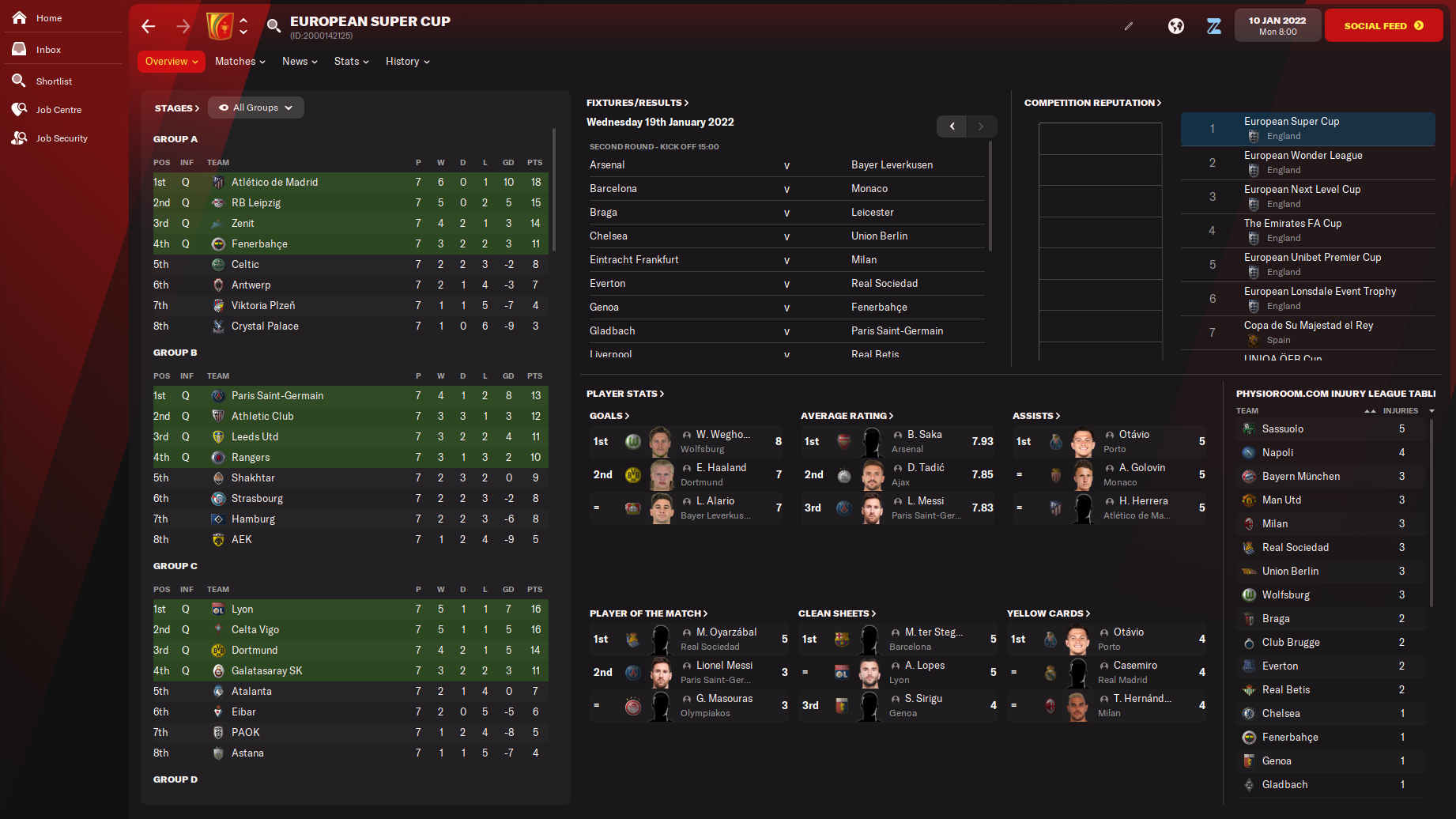 this creates a mad generation of money but its all fun

Squad Rules
There was more rules here but they effected the transfer movements so i removed them,

Updated
Added New Divisions
A New tier has been added under that includes teams from around the WORLD that now have the chance to be included intot he league systems from below! take charge of Santos in a Rest of World South America League and take them from the bottom to take over Europe!!

Under this tier is the Pepsi Elevation League that holds a huge league of 46 teams that compete to get into the Rest of World Leagues..with a huge playoff system.

it's a very fun save, so have fun