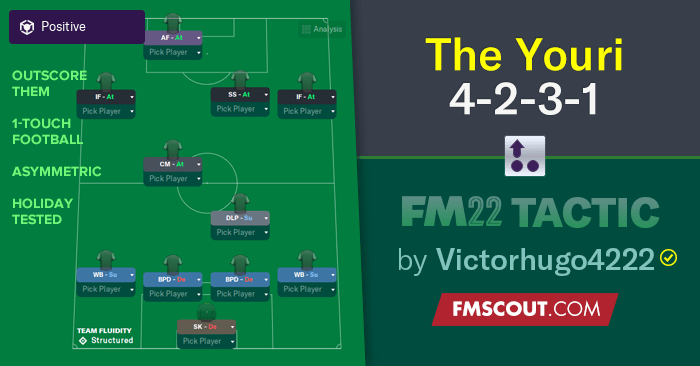 Like last year, this tactic is utilizing all the roles I like to use in FM. WB's and IF's. It doesn't feature dramatic changes compared to the FM21 version.

Named after my friend from discord, Youri who is from Malta, who is an avid FM fan and has helped test my other tactics and provided me with invaluable feedback while I am working on tactics so this is named in his honour! 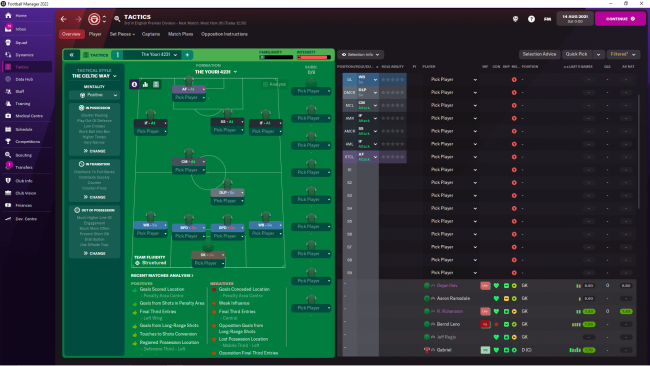 The philosophy behind "The Youri" basically is all about outscoring your opponents; you score 2, we score 3!

You can expect to see nice one-touch football players.


Pro Tip: If you're a top team, then switching to a very attacking mentality can bring some great scores. I have had a few 9-0 and 10-1 results by applying that change.

Ran a 4 team test on holiday.

LFC comfortably won the league by 30 points, while Arsenal and Middlesbrough finished 2nd but so close to 1st.
Aston Villa also came in 2nd, but closer to the 3rd spot than the 1st. 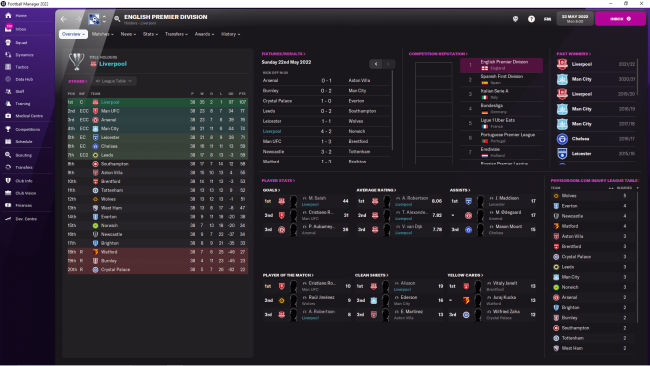 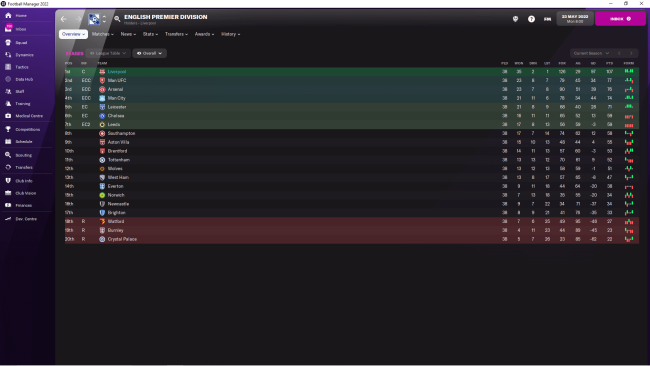 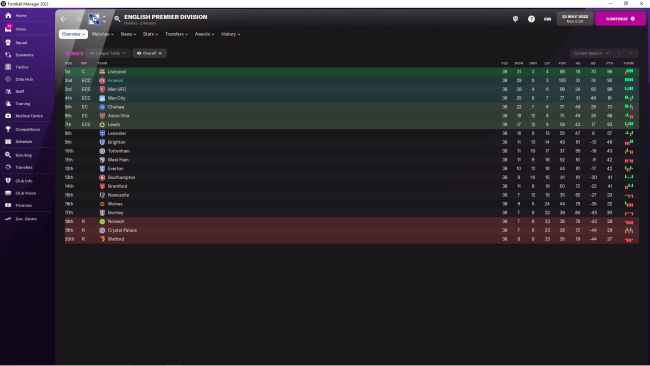 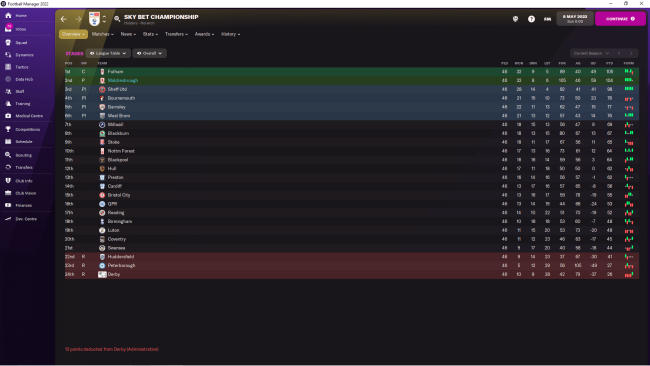