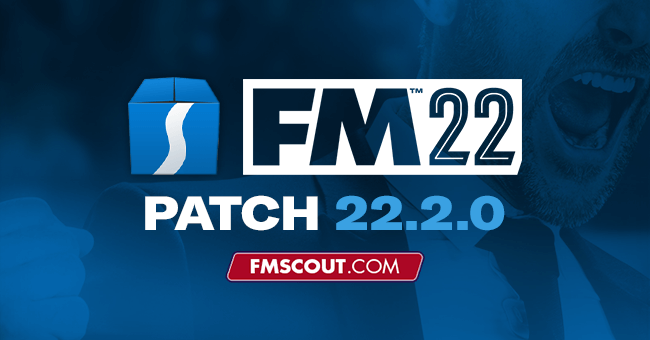 This minor update addresses some issues raised since the initial launch of 22.2, mostly stability and crash fixes.

The version number of the game after updating will remain 22.2.

- Stability and crash fixes, including some users being unable to process past specific in-game dates
- Fix for network games incorrectly implementing staggered kick off times into scheduling
- Addressed issues with certain currencies, which could cause low/negative value bids and incorrect formatting of how figures are displayed
- (FM PC/Mac only) Fix for editor files not importing correct information when multiple files are used


As usual the update is save game compatible, so you don't have to start a new save game.
To update you will need to close down Football Manager 2022 and re-launch for it to update. If this does not work for you or you feel it has not updated you will need to restart Steam or Epic.
If that doesn't do the trick, then verify the game cache will.

If you encounter any issues post update, please use the official FAQ for troubleshooting suggestions. You can also contact [email protected] or use or SI's FM22 Beta Bugs Forum for further support.