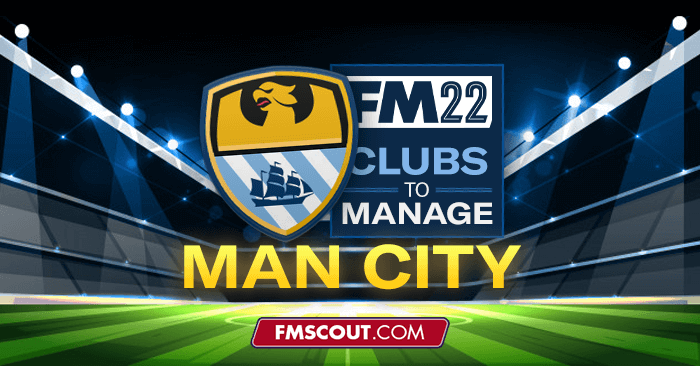 A bit about Manchester City


Blue half of Manchester

Manchester City will definitely be more known due to their recent successes but they have not always had the same riches they do now and definitely have not been as competitive whilst their trophy room wasn't empty their takeover in 2008 transformed the club over time but into the global brand they are incorporating today.

Before then City had only won the top division on 2 occasions, 1 European trophy, 2 league cups, 3 community shields, 6 championships where the most recent win there was 2002 and impressively 4 FA Cup wins.

Pre-takeover they like Everton were in the shadows of the club they share the city with, Man Utd. Similarly the locals would support either/or but for so many years they would be viewed by the world as the second club.

They were up and down amongst the leagues pre 2000's though once promoted to the Premier League in 2002 they have stayed in the division.

They were taken over in the Premier League prior to the Abu Dhabi United Group by Thanksin Shinawatra which first lead to dreams of success as high-profile manager Sven Goran-Eriksson was brought into the club though this reign didn't last long and lasted for one season.

And so the Abu Dhabi United Group took charge of the club and steadily invested in improving the team most notably in the earlier days of their ownership signing Carlos Tevez whom had previously been on loan at rivals Manchester United the previous season, a signal of their intent and they were dubbed as the 'noisy neighbours' by Sir Alex Ferguson.

The investment continued with lots of transfer activity each summer but finally the appointment of Roberto Mancini brought them the success they had been building towards first claiming the FA Cup in 2011 and then claiming their first Premier League title the following season with that iconic last gasp goal by Sergio 'Aguerooooooooo'. Unfortunately for the Citizens they did not follow up their win with another and considering their current levels it was a low key follow up season which saw Mancini leave the club after losing the FA Cup final to Wigan.

Manuel Pellegrini was the successor to Mancini and a second Premier League title followed after his appointment in 2014 but again following the league win their performances dipped and Pellegrini too was dismissed despite winning a 2nd League Cup in 2016.

It is fair to say that under Pep Guardiola Manchester City have really turned into one of the bigger and better clubs in the Premier League, the previous two league titles whilst deserved saw the squad crumble the following seasons and not match their Champion status – Guardiola had done it all breaking records and winning trophies galore with Barcelona and Bayern Munich – one of the best coaches around today if not ever and City would be transformed into a juggernaut of success winning 3 Premier League titles and 4 consecutive League Cups unbeaten in that competition for four seasons which was only ended this season.

Pep has implemented the famed possession and aggressive Tika-Taka style he had previously achieved success with though it must be noted he has been well backed, not winning a trophy in his first season with the club the club invested heavily in defense for the following season which saw the club win both the Premier League and League Cup breaking the record for total points won in the Premier League (100). City followed this with an even more impressive treble the following year another impressive showing in the league with 98 points won. They were denied a treble of league wins after Liverpool's incredible run saw them win the disrupted season – City reclaimed the title, their third in four seasons in 20/21.

This season City are currently in second place but are in a pretty good position to be challenging for the title again and will be looking to up their game in the Champion's League after finishing runner's up last campaign to current Premier League leaders Chelsea. It is clear the club and Pep are desperate to conquer Europe and will be hoping this year is their year.

So Why Manage Manchester City?

Manchester City have a squad absolutely brimming with talent and their rotation options are just amazing, when you can swap Kevin De Bruyne out for Phil Foden, or Rihad Mahrez for Ferran Torres, Ameryic Laporte for Ruben Dias etc and the team would not be considered weakened it speaks volumes for the talent at their disposal, probably second to none in terms of a complete squad except perhaps for a forward.

They do have Gabriel Jesus but otherwise not an another out and out forward unless you promoted U21 prospect Liam Delap, whilst rated well on the game there could be a slight risk in using a youngster in bigger games especially if Jesus was injured.

This might seem like a big downside but City start off if you use the first window budgets with £100million and a good portion of extra wages meaning that you have more or less your pick of forwards to add to the squad.

So if a top side with money and the ability to dominate virtually any side you play is your save then pound for pound City are probably the best choice not only in the Premier League but possibly the game. 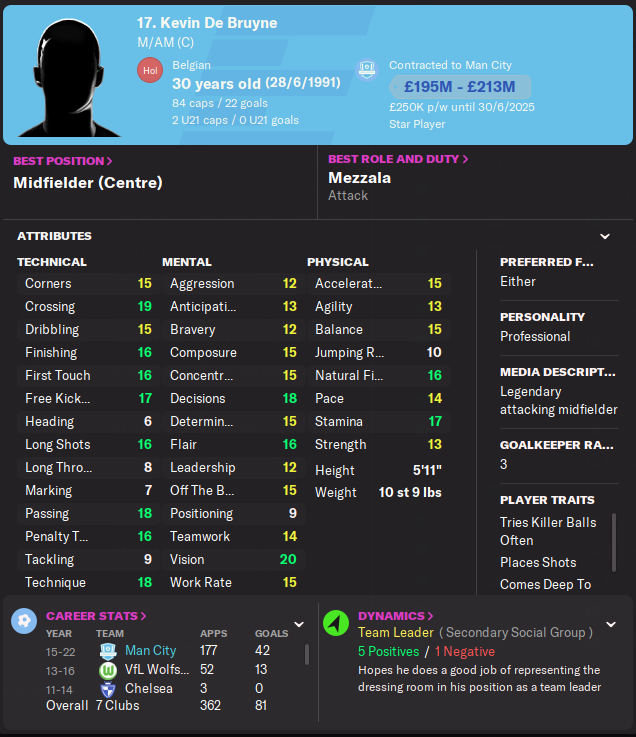 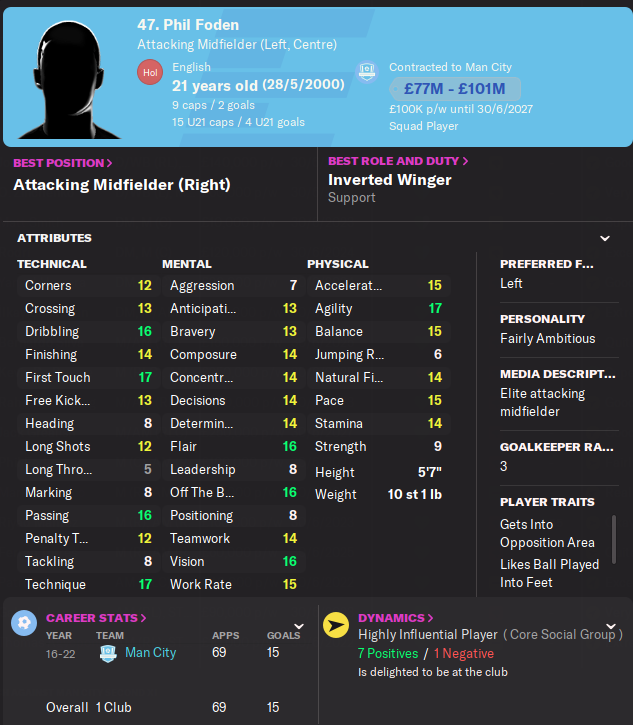 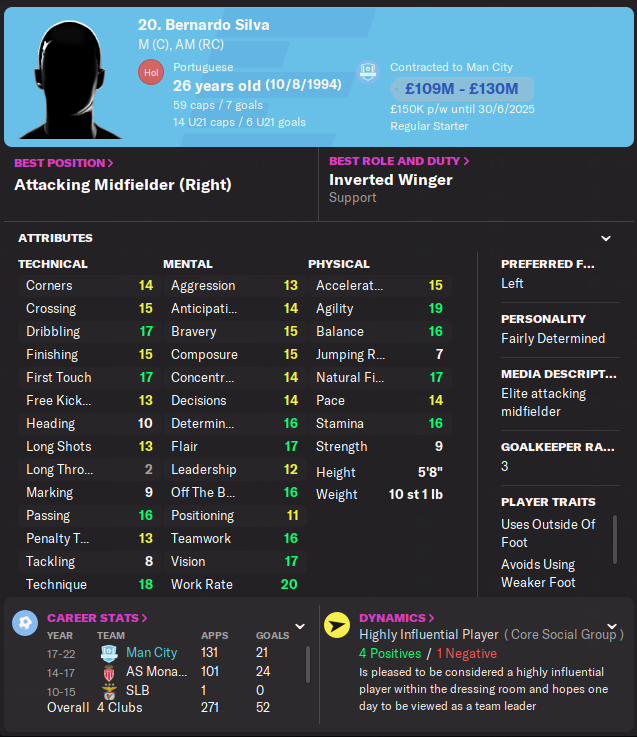 Another short to long term goal whilst simple sounding but never quite as easy as being written on paper is to win the Champion's league – the only trophy missing under the Sheikh Mansour and one they were so close to winning last season, can you take them over the line or will the most glamourous of club trophies be forever out of their grasp?

For longer term visionaries like another club we have already looked at there is the small matter of the other club in the city, and like that club the trophy haul in comparison whilst still impressive pales in comparison – the backing and the starting players are definitely there to start the catch up process but it will take time, you cannot guarantee anything in football nor football manager so how many seasons exactly would it take you to dethrone the red side of Manchester, doing it in as short of a timeframe as possible adds to this challenge but 35 is a fair way short of United's 68 club trophies a different kind of challenge for sure.

And another one for the recreations – Pep's style is synonomous within the world of football but replicating may be easier said than done, especially if you want to actually match the stats – the possession stats this season currently stands at 64.8% (whoscored.com) so matching it will take some fine tuning whilst making sure you stay competitive on all fronts and get the results the club demands – sometimes though the result is the main thing.

If you aim for a recreation getting those wing backs high up the pitch to support with be important – Cancelo and Walker consistently break high into the opponents half causing more overloads than the forward line does already and they are extremely capable of causing many problems. 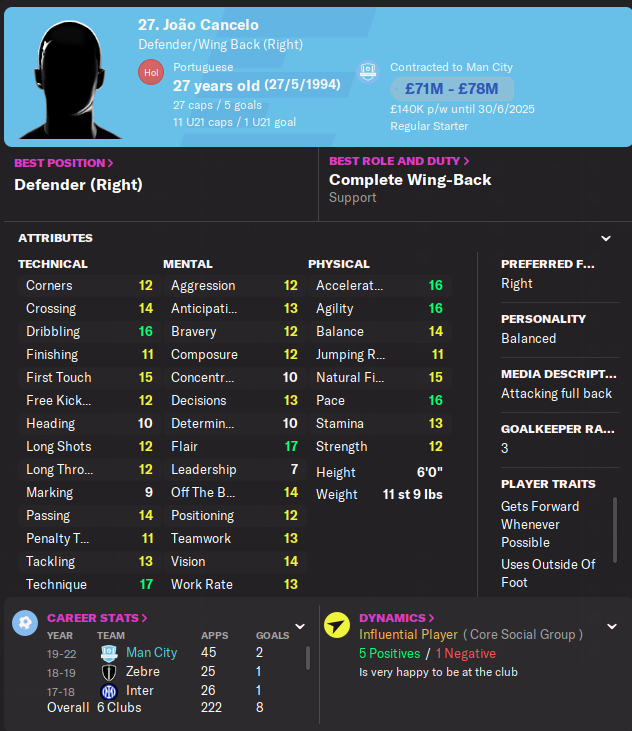 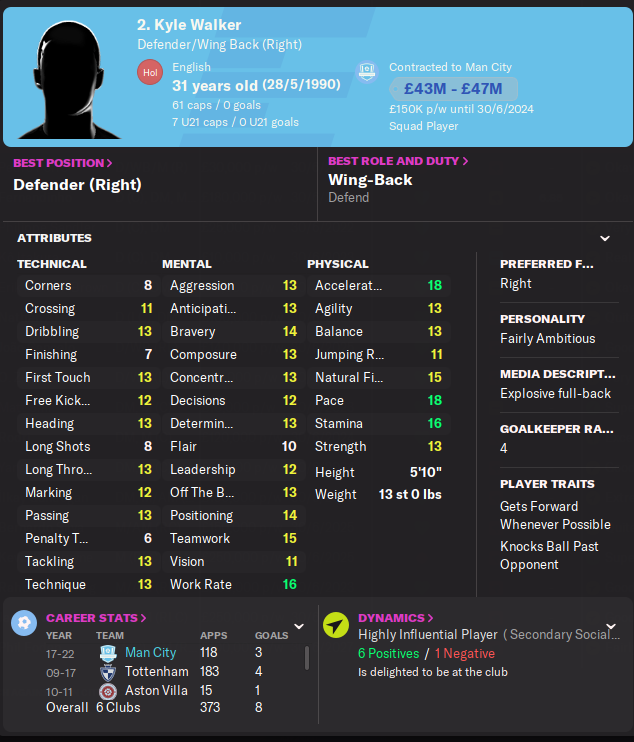 So there we go a good few challenges there, you certainly cannot say that you do not have the resources, the money – a wide net of affiliates to find future talent, a current squad of world class stars the only thing missing – maybe a full stadium every now and again but does it matter when you're that good?