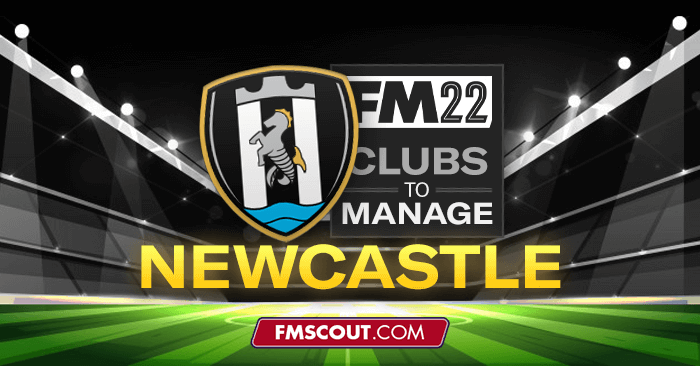 A bit about Newcastle

There are about 200 million reasons why Newcastle are a good save in FM which is probably the biggest reason why saves with Newcastle have gone up ten fold. Before we get to the obvious though let's take a little look at Newcastle United and what they are about.

Newcastle are a large club in their own right in terms of stadium, continually selling most of their capacity if not all each home game and having a mass of loyal, passionate fans though for a club with that capacity and support they do not have much in the way of trophies especially in recent times. The two most recent were Championship wins due to two relegations. Previously Newcastle have not won a trophy since 1973 if you include the Anglo-Italian Cup otherwise there was a Euro Cup in 1969 and their last top flight win was 1927 – getting onto 100 years without a top flight title.

They were successful very early on taking 3 top division titles between 1900 and 1910 and had a successful period in the 50's winning 3 FA Cups but otherwise the trophies have been rather few and far between. A fan's favourite in FM both times they were relegated to the Championship in recent times mainly because of the size of the club and potential money available within the second tier of English football, they could be seen as a sleeping giant based on the size of the club.

So Why Manage Newcastle United?

So getting into it then because let's face it we all know why Newcastle are a good save option for FM22 – I am not here to discuss politics or ethics regardless of opinion about the money the fact remains that going on ownership alone Newcastle are the richest in the world and have duly been given a beautiful sized war chest on FM22, whether you start the save with it or persevere until January you are entrusted with the princely sum of £200 million and an additional £600,000 in the wage budget.

Quite simply it is the largest starting budget on the game and a whole host of opportunities and styles of spending can be utilised.

I have to give SI their due it is a lot but not as simple as buying everyone like a kid in a sweetshop who's been given fifty quid, whilst the pandemic has obviously hindered fees overall I have given a look and try and you need to plan and be creative with the money, unless you are a bargain hunter in which case you have to hope the board don't get agitated by not signing profile players but it is possible with sales too to bring in a whole new squad near enough and looking at their real life form and being bottom of the league it's hard to argue why not.

Likely the most common option is to spend big or go home – you have the money so why not go all out and get the best you can and overhaul the entire squad. There are so many options with doing so and I actually have enjoyed comparing a lot of players choices, a popular shout seems to be Raphinha, the very skilful player from Leeds is a reasonably costing choice to compliment St Maximin on the other flank, their speed and skill at least would give their forwards plenty of ammunition to feed from as well as providing goals themselves.

Another signing I've seen a lot of is Alexander Isak a promising striker and is powerful in this year's edition of the game, either upgrading Wilson or working in tandem the Swede is an easily available and strong choice for the forward positions.

A different tact is to try and go all English or British, obviously all clubs have to have so many involved and those at Newcastle currently are not quite up to scratch and easily upgradable – a strong British core and getting the best of the rest would be interesting and trying to develop them and get them into the England squad through club form.

I for one like to utilise the nation's talent wherever I am managing whilst typically mixing in with overseas talent setting a challenge of only using the country's own adds to the challenge.

I'll return back to transfers in a second – a more challenging approach to the save would be to firstly start without the first window, the squad is not a good one as demonstrated by their real life form.

Under Bruce whilst he was there and in their first game under Howe they have tried to be more forward thinking but defensively they have been awful – this will need to be addressed as soon as possible for them to remain in the division but going into FM22 the squad is poor especially at the back, trying to get through until January and keep the squad competitive will definitely be tricky and getting through to utilise the windfall will be an achievement in itself.

If you take on this challenge you will need to keep the three main players fit: Allan Saint-Maximin, Callum Wilson and Joe Willock – I personally think every other player could go but these three are the prime assets particularly the first two who you will need to be at it to stay in the job until January. 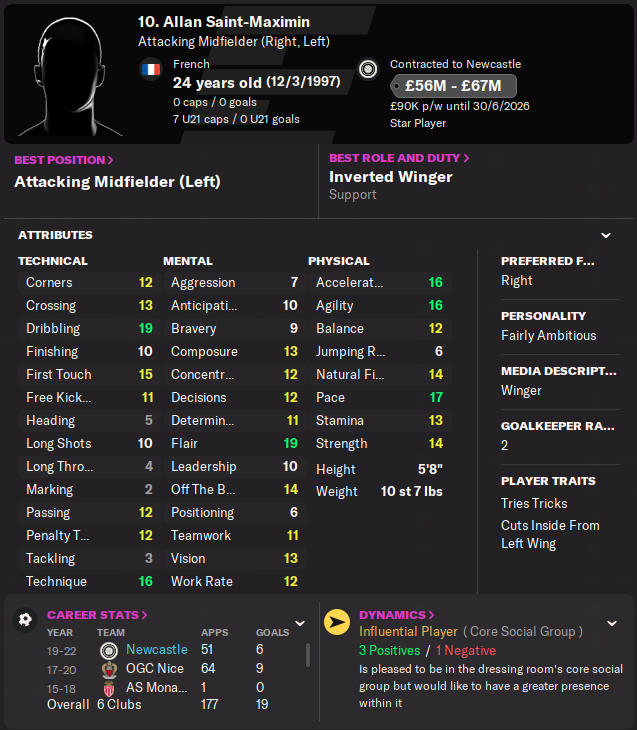 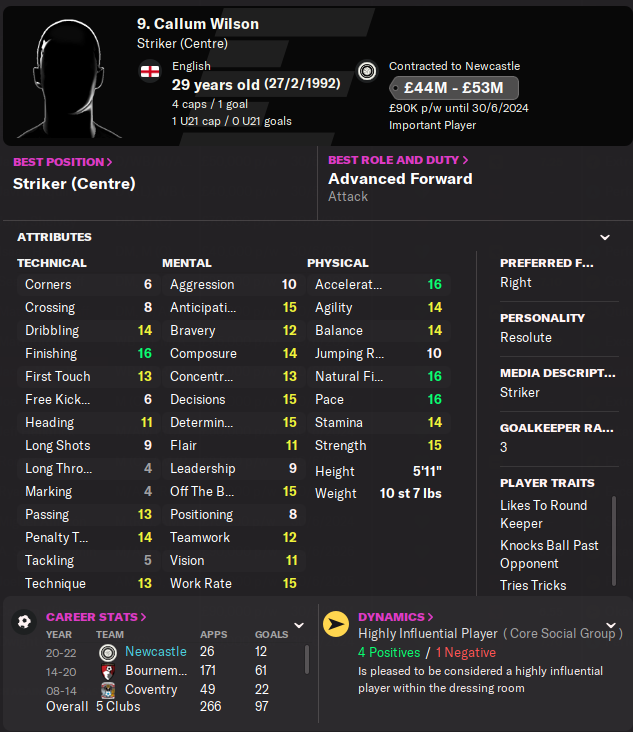 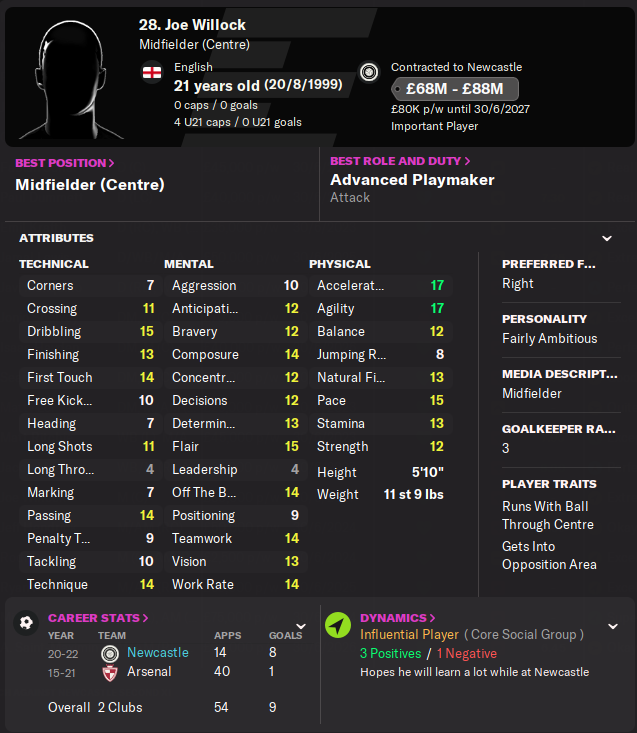 So back to spending money! So many players can be bought and a decent side assembled but as you can with other clubs you could set yourself a unique challenge with the richest club by doing a Director of Football save – entrusting them with all transfers, it's all too easy just doing it yourself right giving that amount of money to the computer and hoping they back you where necessary will take some nerve – you may find your idea of a centre forward and theirs a complete polar opposite and your job will be the one at stake!

I am sorry this overview isn't as long as others but I think Newcastle basically sells itself for this edition of Football Manager it really is a complete blank canvas for you to set a club up more or less how you want it from the start, big names, back to British, wonderkids united you have all of those styles to pick from or you can try and add more realism or challenge to it by waiting for the money or giving control to the AI if you don't the world is your oyster if you spend wisely enough and it doesn't stop with players – you will be able to build up the club from the bottom down and upgrade all aspects within a reasonable period of time the only question really is how long will it take you to take over the Premier League because if you don't in season one, there's another 200million to help next season!