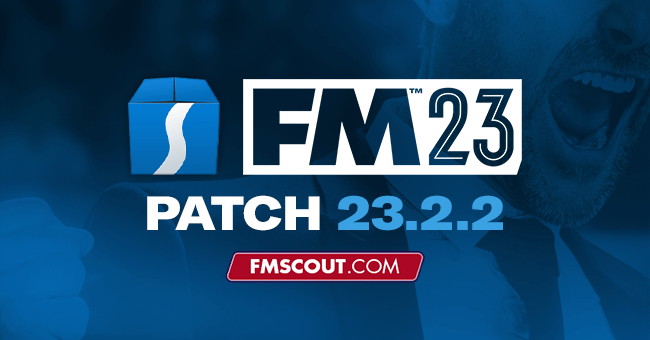 This 23.2.2 patch primarily looks to address issues relating to in-game stability and performance ahead of the Winter data updates due out in the next couple of months.

The update is available on Steam, Epic and Microsoft Store.

- Stability and crash fixes, including some users being unable to process past specific in-game dates or encountering problems when attempting to load saves
- Improvements to performance in game, including game start up time and increasing rate of processing speed in some situations between days
- Changes to game performance during matches
- Removed additional game border that would appear instead of Macbook notch for users running on recent models of M1 Macs
- Fix for set piece delivery aim instruction sometimes becoming unavailable


As usual the update is save game compatible, so you don't have to start a new save game.
To update you will need to close down Football Manager 2023 and re-launch for it to update. If this does not work for you or you feel it has not updated you will need to restart Steam or Epic.
If that doesn't do the trick, then verify the game cache will.

If you encounter any issues post update, please use the official FAQ for troubleshooting suggestions. You can also contact [email protected] or use or SI's FM23 Bug Tracker for further support.