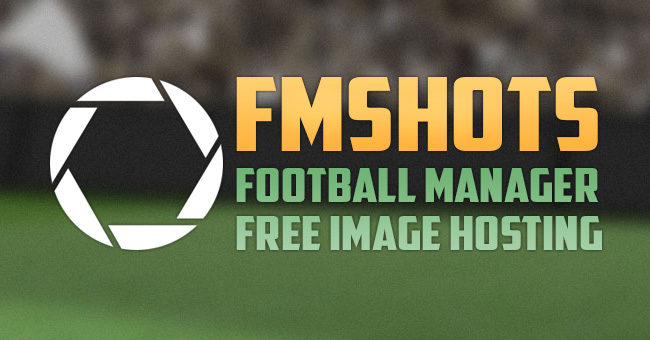 fmshots.com is a brand new site that aims to cover the image hosting needs of every Football Manager fan. It comes with core community features such as liking pictures and following uploaders, while there are plans to further enhance and solidify that aspect of the site in due time.

During the last week of January it came to my attention that images hosted on imgur no longer worked here. They worked fine elsewhere, so it turns out imgur had blocked fmscout to disable hot-linking images here.

I admit It was my mistake for relying on an external service I had no control over. And it wasn't about the roughly 1700 images I had uploaded there myself... the issue was way more severe. Apparently our members were hot-linking here to over 130000 pictures hosted on imgur. As a result, the bandwidth generated to their servers was massive without earning any revenue for them.

I've been using imgur for more than 2 years and it has been the only place I'd recommend to everyone all this time. To be honest we didn't do anything differently now compared to what we did a year ago, so I'm guessing they must have updated their terms of service recently in order to justify blocking communities from hot-linking pictures.

I don't blame them for deciding to block us, but it would be nice if they would alert me beforehand and give me a week to take the necessary actions for a smooth transition. They decided to pull the plug out of the blue without any warning, and that was very disappointing. At least they didn't delete any pictures, which allowed me to recover everything locally.

After recovering all imgur hosted pictures that existed in the entire fmscout database, I decided to acquire a new server that would work as a cdn for this sole purpose and bought the fmshots.com domain to tie it all up. It took a couple of days to set everything up and eventually update all imgur embedded pictures to fmshots.

You need a free member account on fmshots.com to start uploading. Member accounts there are not connected to fmscout. There are no storage limits for the time being; the only limitation is that each picture you upload has to be less than 2MB. Everyone from the Football Manager scene is welcome to join and use the site to store FM related pictures.

The running costs for this site are less than $50 per month, and I'm hoping to cover at least half of that from the Google ads placed there. I'll probably add a donation box too. The initial server setup doesn't include much storage (less than 50GB), so if the site takes off we'll be needing to upgrade soon. All funds collected will be invested in the site's infrastructure and development.

The site is very easy to use and I'm hoping you'll enjoy its functionality. So get in there now, create your free account and start uploading your FM screenshots and other related imagery.