Search
On FM Scout you can chat about Football Manager in real time since 2011. Here are 10 reasons to join!
Home › Scouting › FM 2020 Best Players ↓ 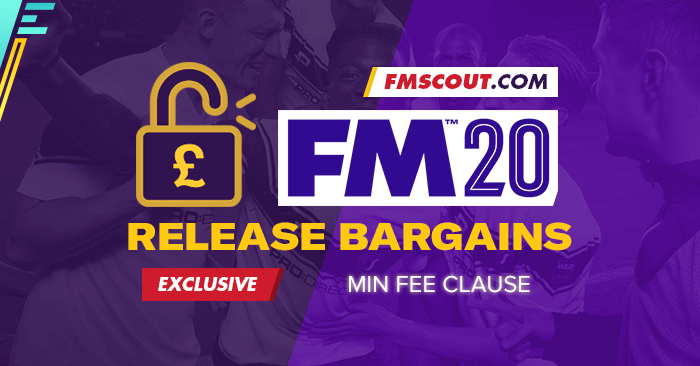 Welcome to the best list of release clause bargains in Football Manager 2020 by FMSCOUT.com.

There are approximately 135 bargain talents below.

While I'm not listing the asking price, I have ensured that the minimum fee release clause is either identical or marginally close to that. In my opinion, this is what makes a release clause bargain. I've also set max age to 30.

There are more players with such clause, but their asking price is significantly lower - I haven't included those.

For this list I reckon the Current Ability value is a useful detail because it represents the "now" and makes more sense for those players near the end of their development. I know that my recommendation ratings are a better and easier way for you to understand how good a player is, but that takes a lot of time I cannot allocate for this cause at the moment.

I loaded all players (380k+) in-game to produce this list of FM20 release clause bargains. Your savegame probably has less players loaded.