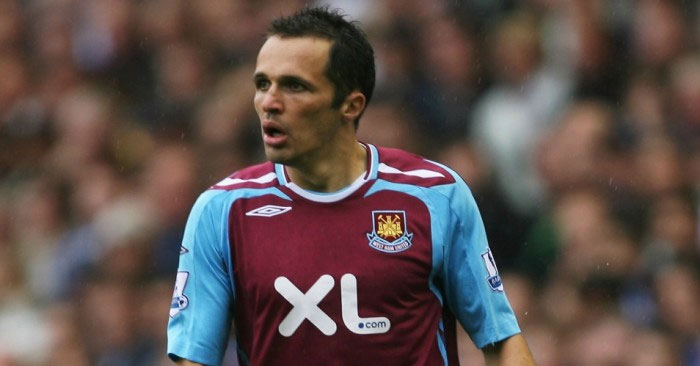 I think we can all agree that professional footballers who appeared on top flight leagues have everything they could ask for in terms of finances and possessions. Yet somehow, some of them being are connected to gambling, either as regular casino goers like the Euro Palace progressive jackpot games, casual poker players, betting in sports or as brand ambassadors as part of a sponsorship deal.

Should a high profile footballer be connected to a gambling controversy or be representing a gambling brand?

On one hand, we have to consider that the gambling business is already well presented in top flight clubs around the world and English football in particular. Certain teams have gambling companies as their main sponsor. It’s all about where the money comes from.

On the other hand, people are questioning the footballers’ further need for money despite having already enough without “promoting” gambling. They are sportsmen with a lot of social followers who look up to them. One could argue that it’s an irresponsible choice, considering the influence footballers have on their younger fans.

In this post, we’ll be looking at ten current and former professional footballers who had their name connected to gambling one way or another.

Matthew Etherington
Etherington suffered from a severe gambling addiction while he was at West Ham. The former Stoke City winger spent over £1.5 million on poker, greyhounds and horse racing and the Hammers gave the player a £300,000 loan to deal with his debts. Etherington, who retired in December 2014, says his then wife left him after his family raised concerns over his habit and admitted his problem turned him into a liar.

Phil Bardsley
The Stoke City defender enraged Sunderland manager Paolo Di Canio in May 2013 when he was pictured lying flat on the floor of a casino in a pile of £50 notes. Di Canio fined him and dropped him from the squad for the rest of the season. Bardsley was relegated to the under-21 team until Di Canio was sacked and replaced by Poyet in October 2013 who brought the defender back into the first team.

Joe Hart
The England international goalkeeper lost a small fortune (his losses are believed to have run into thousands) in Manchester’s 235 Casino on his final night out before leaving Manchester City to join Italian Serie A side Torino.

Jamie Vardy
England international and Leicester City striker made an inappropriate comment in a casino last year. He was accused of being racist towards a fellow gambler at a poker table when he made an offensive remark to an Asian man; his behavior was caught on video and resulted in him getting fined. In an extract of his autobiography, Vardy said: “The word 'racist' is a permanent stain against my name. It's worse than a criminal record.”

Kelvin Etuhu
The Bury striker was released by Manchester City in 2011 after being jailed for eight months due to a street breawl outside the Manchester 235 casino in February 2010. Etuhu was caught on camera kicking Owen Fitzpatrick due to a disagreement in the casino, and had previously admitted to assault occasioning actual bodily harm and affray.

Eidur Gudjohnsen
The former Chelsea and Barcelona striker faced gambling issues as he reportedly owed more than £6 million to two banks. Gudjohnsen got addicted whilst recovering from a knee injury during his last 2 years at Barcelona, having spent his summers visiting Las Vegas. Gudjohnsen currently plays for Indian side Pune City.

Steve Simonsen
The former Glasgow Rangers goalkeeper (currently at Pune City, India) was banned for a couple of matches after breaching Scottish Football Association rules against betting. He was charged with placing 55 bets within 2 seasons, even though none of those bets involved Simonsen’s own club. He wasn’t the only footballer to breach the Scottish FA rules in recent years.

Teddy Sheringham
The former professional footballer and English football icon, Teddy Sheringham can now be found competing on several poker tours in Europe and the World Series of Poker in Las Vegas. He has managed to rack up a handsome total in tournament earnings. The former United forward picked up poker while still playing professional football.

Michael Owen
Owen has a passion for horse racing and gambling. Former professional footballer, spent over £2 million on betting in just two years (2002-2003). He argues that this amount is exaggerated, but insists that he has always maintained control.

Gerard Pique
Current Barcelona and Spain national team defender is also a keen poker player and has some significant tournament wins to his name. He’s a regular participant in the European Poker Tour and has also competed in the World Series of Poker in Las Vegas in 2014.

And there are also footballers who become ambassadors to gambling brands as part of sponsorship deals; most of them operating online, such as the Euro Palace online casino. The list with such cases is quite big, but for reference I’ll mention some high profile names: Ronaldo (“The Phenomenon”), Neymar, Rio Ferdinand, Denilson, Luis Suarez, Cristiano Ronaldo, Gianluigi Buffon, Francesco Totti.

Do you think that footballers really are or should be role models? Let us know in the comment section below.

Discussion: Footballers and the gambling connection