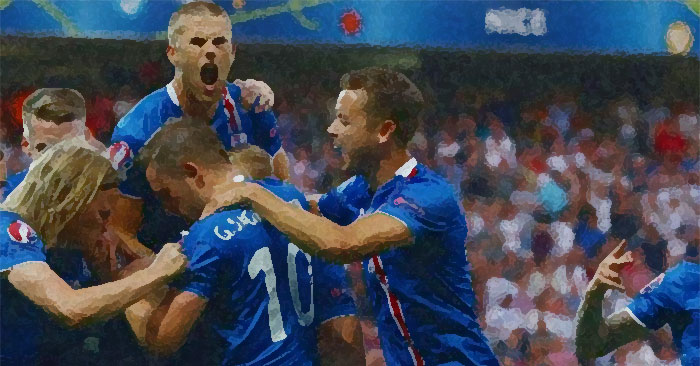 Everyone loves a good underdog story where the minnows of the match become the conquering heroes leaving the bookmakers with egg on their faces and the fans in jubilation. The history of the greatest underdogs tells us that there are few sports better than football at producing these titanic upsets, whether on the national or international level.

One example of the latter came in the 1950 World Cup in Brazil. England had gone into the tournament as 3-1 favourites while the American side were 500-1 outsiders. While the England team consisted of highly experienced players the Americans were distinct amateurs numbering a postman and even a funeral director among their ranks. So it was no surprise that when the teams met on June 29th at Belo Horizonte that England dominated much of the first half, though without actually managing to score. Then, in the 37th minute, the US player Walter Bahr had a twenty-five yard shot which was intercepted by team mate Joe Gaetjens’ head putting it in the net.

England never recovered from the hammer blow and 1-0 to the USA was the score at full time.

In last year’s Euros England suffered what many called their most embarrassing defeat since the Brazilian experience when plucky little Iceland sent them home from the championships following a 2-1 defeat which also saw the victors progressing into the quarter finals. The whole tournament up until this point had been a fairy tale for the Icelanders which had begun with a 1-1 draw against eventual winners Portugal, a further draw against Hungary and a victory over Austria.

Spurred on by an estimated 33,000 fans, around 10% of the population, they put down their remarkable success to what former international Hermann Hreidarsson described as playing “viking-style”.

Of course we don’t have to look far from home for what has undoubtedly been the biggest ever underdogs story in the Premiership when Leicester City rose from being 5000-1 outsiders to win the 2015-16 title at a canter. Admittedly there were wobbles on the way but by early last year it soon became obvious that manager Claudio Ranieri was achieving something very special by harnessing the skills of his squad and creating a culture where anything seemed possible and not even the giants of the league could be considered unbeatable.

It has to be said, however, that this success has hardly considered into this season in Leicester’s domestic matches at least. With a string of defeats behind them and a seeming inability to score they do seem to be heading towards a less desirable form of history making as the first league champions to be relegated the next season since it was last achieved by Manchester City in 1938.

The FA Cup also has a long and noble tradition of seeing non-league teams cause major upsets against high profile opponents who seriously underestimate their ability. For example in the Fourth Round of this year’s cup Leeds United were humbled by Sutton United who are a full 83 places below them in the league.

Next up for the National League side are Arsenal in the Fifth Round – and if they manage to beat them that really would be the “against all odds” story of the season!