Hi guys, I'm a fan and subscriber of Atalanta and for some years now I've been enjoying the show offered by my team. After the many games seen, I decided to recreate the same style of play proposed by the wizard of Grugliasco, Giampiero Gasperini. 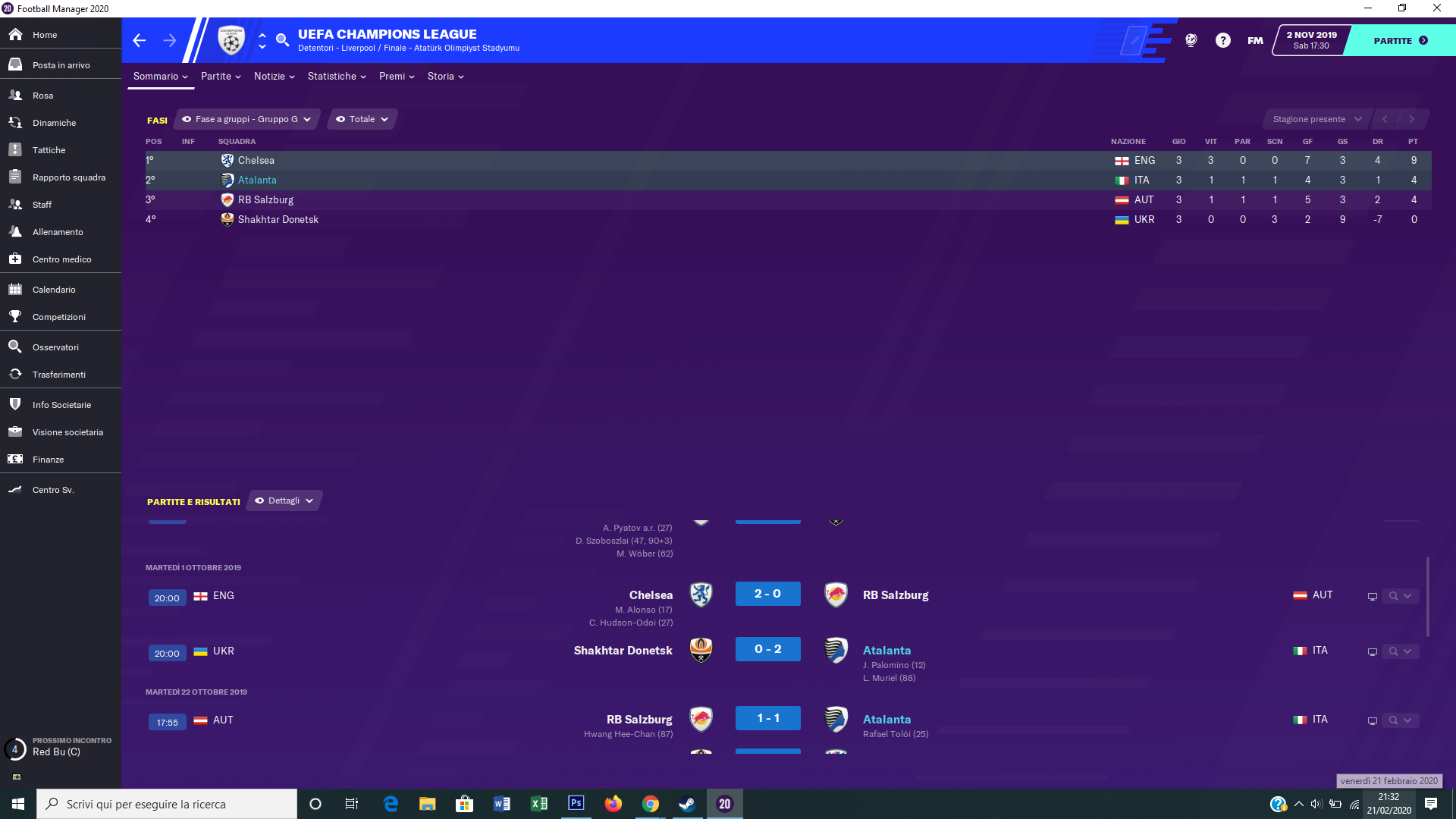 The game of Gasperini for the way I've seen the games, was based on some fundamental principles:
- Higher Tempo;
- Play out of Defense;
- Wide Attacking Width;
- Counter Press;
- Higher Press with a very riscky high line defensive line;
- Hard Tackling;

Gomez has been called by Italian journalists "Tuttocampista" ... the role of the engache is perfect for trying to put this definition in fm20, because it is described as the main weapon of the team to go for goals or to create chances. Zapata or Muriel represent the team's offensive terminals, but they also contribute with some decisive assists for the insertions of Gomez, Ilicic and the full-backs, which are a constant threat both in the goal area and with the countless crosses from the bottom line. Ilicic is an "atypical" striker who loves to widen on the right wing and then cut into the area to go for conclusion with his superb left foot.

Freuler-Pasalic-Malinovsky are perfect box-to-box midfielders, while De Roon is a real matchmaker who does not mind the conclusion from afar and who contributes fundamentally to the construction of the game.

The external defenders of the three central defenders push forward and often contribute decisive assists and are the main threat in set pieces.

Sorry for my English