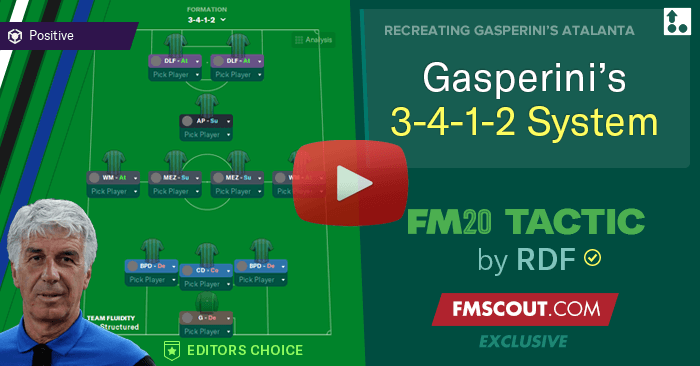 Atalanta’s favoured formation the past two seasons under Gian Piero Gasperini has been the 3-4-1-2. RDF has tried to recreate the system that has made Atalanta a very popular team is recent times.

One key element to Atalanta’s play is their positional rotation. They aim to create diamonds on the flank to create overloads in the wider area. Mainly the one of the two wider CBs will act as an anchor for the diamond, whilst one of the wingers/wing backs and central midfielders will be in the middle of the diamond either to receive the ball or create space. At the top of on the diamonds, a lot of the times, will be one of the strikers coming deep and into wider areas. By doing this, the opposition will start to shift over to defend the flanks and this can leave huge amounts of space for the AMC.

In transition, They will adopt the high-pressing system. Using a high pressing intensity alongside tight marker on some plays, the press on the opposition will happen the moment they receive the ball. As this is happening, the other players will tight mark closing off the passing lanes. This is an effective system when trying to delay the oppositions attacks and to pick the ball off opponents and cause errors. Using counter runs is in hope to be able to break quickly and effective if/when the ball has been won.

Using this system in FM20, RDF managed to win the league 1st season with Atalanta, scoring the 2nd most which was a little disappointment but was defensively sound for the most part. Atalanta managed to be ranked 1st in average possession with 61% and also completing the most passes in Serie A with 19,643. With this possession, Atalanta created 90 chances with only 2 other teams creating more chances. 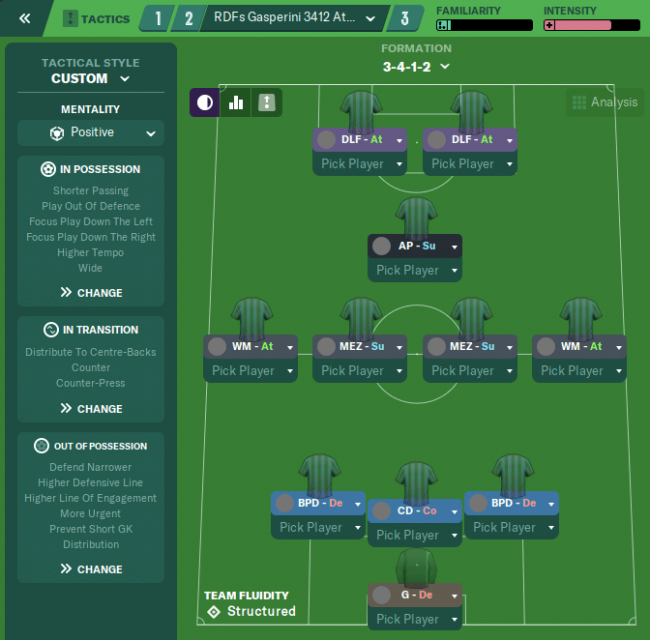 The key players in the system where the two strikers. The AMC was a little ineffective but the two CMs were also key for the most part alongside the two wide men.