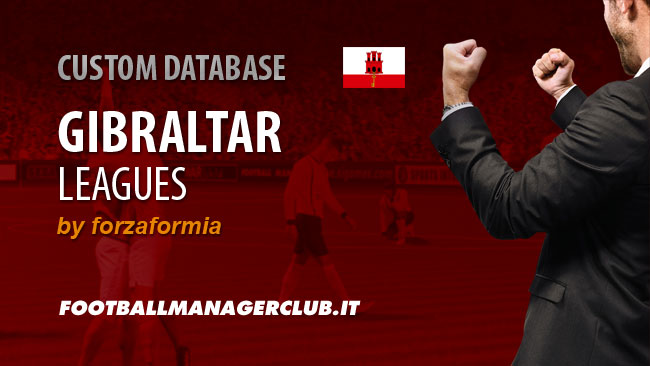 Argus Insurance Premier Division: 8 teams, one direct relegation, playout between 7 ° and 2 ° of the Second Division.

Pepe Reyes Cup: Super Cup, played between the winner of the Premier Division and the Rock Cup.

League Cup: Cup, the only participating teams in the Premier Division.

Under 17 Cup: Cup for youth teams.

Revised and corrected the reputations of the teams of Gibraltar; the latter have also been setting all as amateurs.

Other minor changes: to make it as accurate as possible.

Revised and corrected the levels of youth facilities and training: These now are the same for all teams, because no club has gibilterrino own structures, but all using the same, the Victoria Stadium.