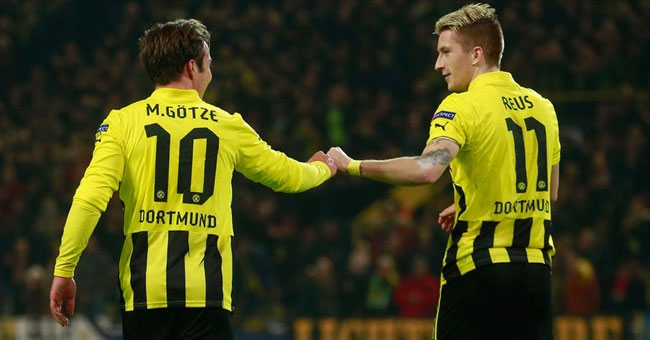 Dortmund resigned Götze on a 4-year deal for €26m. Mario Götze announced his return to Borussia with one word: "Reset". The 24-year old Germany international was looking to revive his career but he didn't want to go somewhere he didn't know, which makes Signal Iduna Park a natural choice for him as a product of the Dortmund academy.

Prior to his move, Mario was linked with a switch to Liverpool where he could have reunited with his former Dortmund coach Jurgen Klopp. The truth is he had plenty of opportunities to find a good contract abroad and begin anew, avoiding the difficult path of returning to partly-hostile ground.

When returning to the Westfalenstadion as a Bayern player, he received a hostile reception and some supporters continue to hold the attacking midfielder's decision against him. Götze is ready to win over some angry Dortmund fans who did not welcome him with open arms.

He admitted that his decision to join Bayern was one he regrets, despite scoring 35 goals in 109 appearances and winning 3 Bundesliga titles plus 2 German cups during his time at Allianz Arena. He is still in his prime and returning home he wants to try to convince all people with his performances.

Dortmund are currently in Shanghai, preparing for their International Champions Cup match against Manchester United later today. The football predictions at Thatsagoal.com indicate a close match is in store. Götze will resume training at Dortmund when the club return from their tour of China in early August, and coach Thomas Tuchel hopes to bring the best out of the Germany international.

While several key players (Hummels, Gundogan and Mkhitaryan) have all left this summer, Dortmund are rebuilding their squad and hoping to be title contenders once again. Besides Götze, they have already signed André Schürrle, Ousmane Dembélé, Raphaël Guerreiro, Sebastian Rode, Marc Bartra, Emre Mor and Mikel Merino.

Discussion: Götze returns to Dortmund after 3 seasons at Bayern