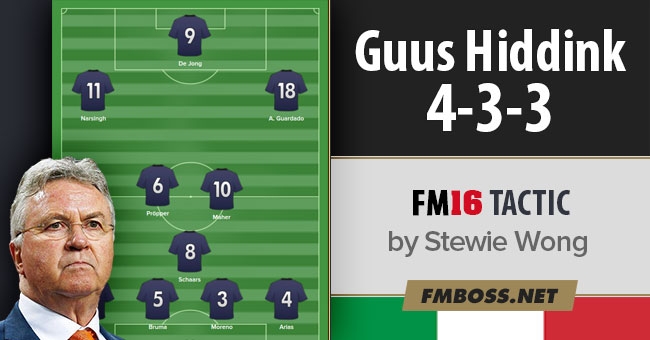 A little on the genius that is Guus Hiddink

Having honed his coaching skills as an assistant manager, Hiddink took over the managerial role at PSV Eindhoven in 1987 after also holding the assistant manager position for the club from 1983 to March 1987. Hiddink took over in March 1987, whilst the team was trailing by three points behind Ajax with ten matches remaining in the league. PSV, however, managed to win the championship six points ahead of Ajax. It was at PSV where he led the team to its first ever European Cup triumph in 1988 (and The Treble), affirming the Eindhoven club's ranking as one of the three giants of Dutch football, alongside rivals Ajax and Feyenoord. He also won three Eredivisie titles with the club in between 1987 and 1990.

"Hiddink will never take all the credit for himself, he will also involve his staff in it. That adds to the strong sense of unity. Hiddink has final responsibility, but always shares it with the team around him. He is a real team player."

said Barry van Aerle, who was coached by Hiddink in two separate periods with PSV.

Hiddink chose to return to his native country and took over the coaching duties at PSV Eindhoven in 2002. During his second spell with PSV, Hiddink won threeDutch league titles (2002–03, 2004–05, and 2005–06), the 2005 Dutch Cup and the 2003 Dutch Super Cup. In Europe, the 2004–05 Champions League led to PSV's first ever appearance in the semi-final of the tournament since it adopted its current format in 1992–93 (PSV won the European Cup, the predecessor to the modern Champions League, in 1988, with Hiddink as coach). PSV narrowly lost the semi-final to Milan, on away goals.

In the 2005–06 Champions League season, PSV made it through the group stage, but was eliminated in the first knockout round, having lost five of its starting 11 (Park Ji-sung to Manchester United, Lee Young-pyo to Tottenham Hotspur, Mark van Bommel to Barcelona, Johann Vogel to Milan and Wilfred Bouma to Aston Villa) to transfers. This period at PSV would make Hiddink the most successful Dutch coach in history, with six Dutch League titles and four Dutch Cups, surpassing the record of Rinus Michels. Hiddink left the club in June 2006.

I decided what better team to test the tactics with than PSV. The squad was filled with experienced and creativity.

I constantly rotated my team to keep them fresh as well as to create a fighting team spirit within my squad. Narsingh, Maher, Guardado and Schaars repaid my faith in them by giving me excellent performances by the winter break. The team played with freedom and remained relatively compact as they scored 31 goals and conceded 15 by January.

The tactics are very fast and therefore try to eliminate players who may be a little bit slow. Schaars is very slow but he is solid like a rock and he gave my team a much needed balance.

The team struggled in the Champions League but you could see that they tried with victories at home against Valencia and Gent.

The images are there for you to see. 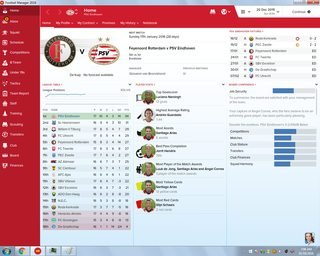 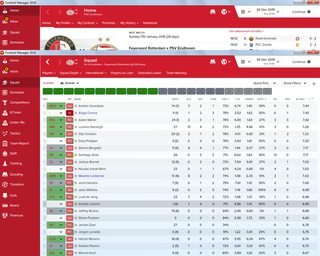 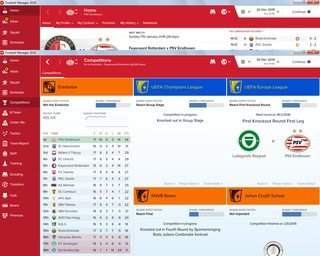 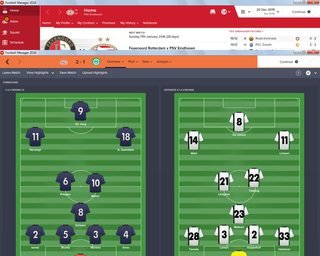 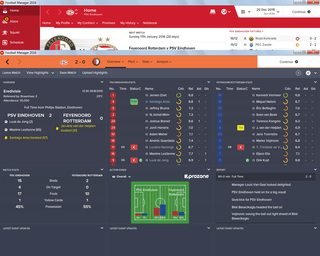 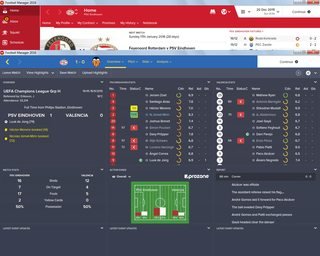 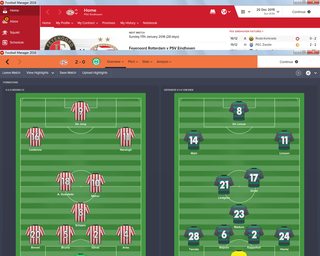 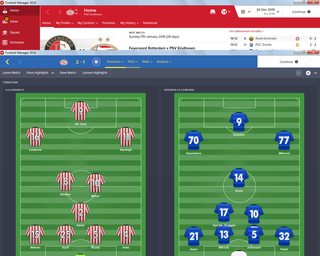 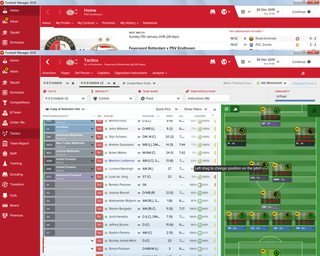 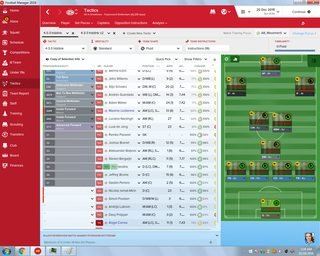 The credit for these mind blowing tactics goes to FmBoss.net he is the creator of all these tactics that I post. Go on over to Fmboss.net and download the megapack of these and other fantastic tactics and try them all out.