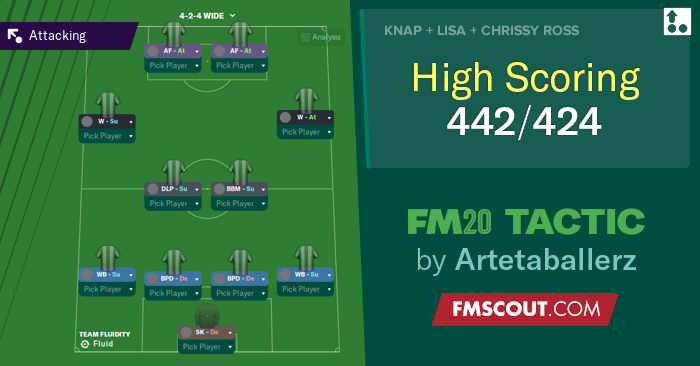 Just wanted to share my 44 2 which is a combination of a number of tactics and elements tweaks that I have put together from various ones I downloaded parts of Lisa diablo some of knaps and other elements from other tweaks. 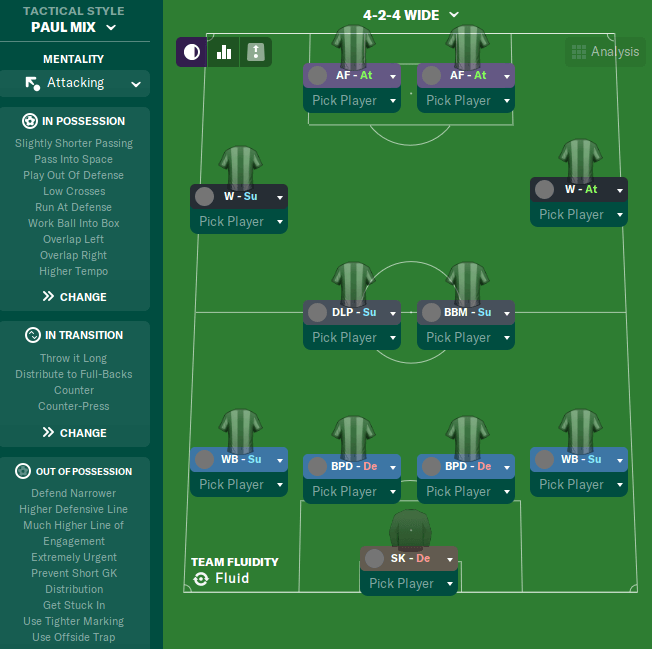 the set pieces have been taken from Knapp not sure which tactic Chrissy ross and other parts of tactics I like through watching.

Its a very in my opinion good tactics it does have some stale points sometimes I get fmed but I have had success with Arsenal won europa league and cl 2 league I always blitz it even when Liverpool have their usual op season in season 1.
I have also tried with Newcastle finished top 4 with a rubbish side in season 1.

Its a grinder for results often score last minute however sometimes players can get complacent.

Give it a try it wont disappoint I hope.

Have been using this since March and tweaking.


set pieces I Don't choose but you can if you want.

If loosing or drawing at half time tell them much better in second half.

Feel free to edit tweak and get back to me.


PS. Give it time, say full preseason positions speak for themselves and good luck.