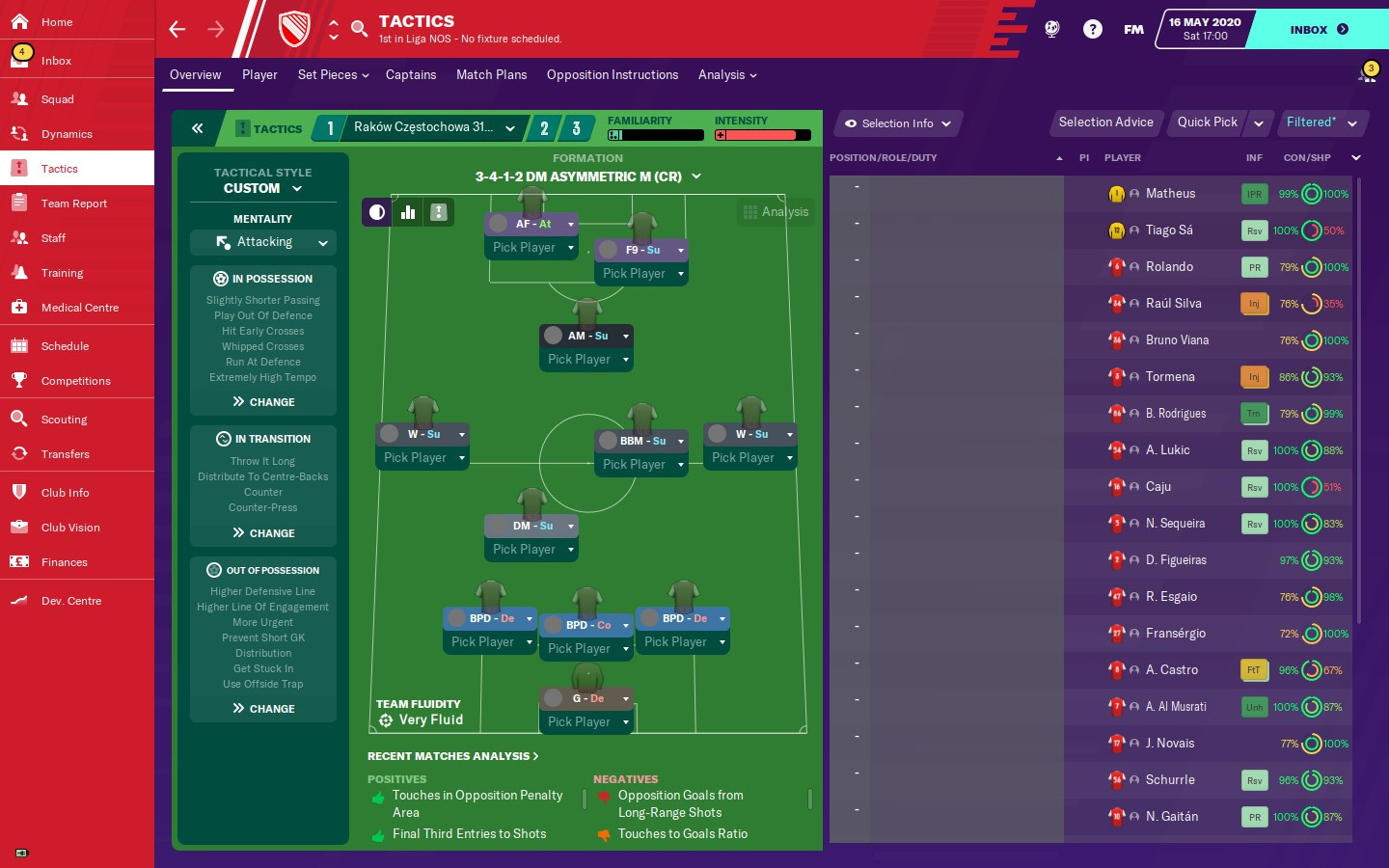 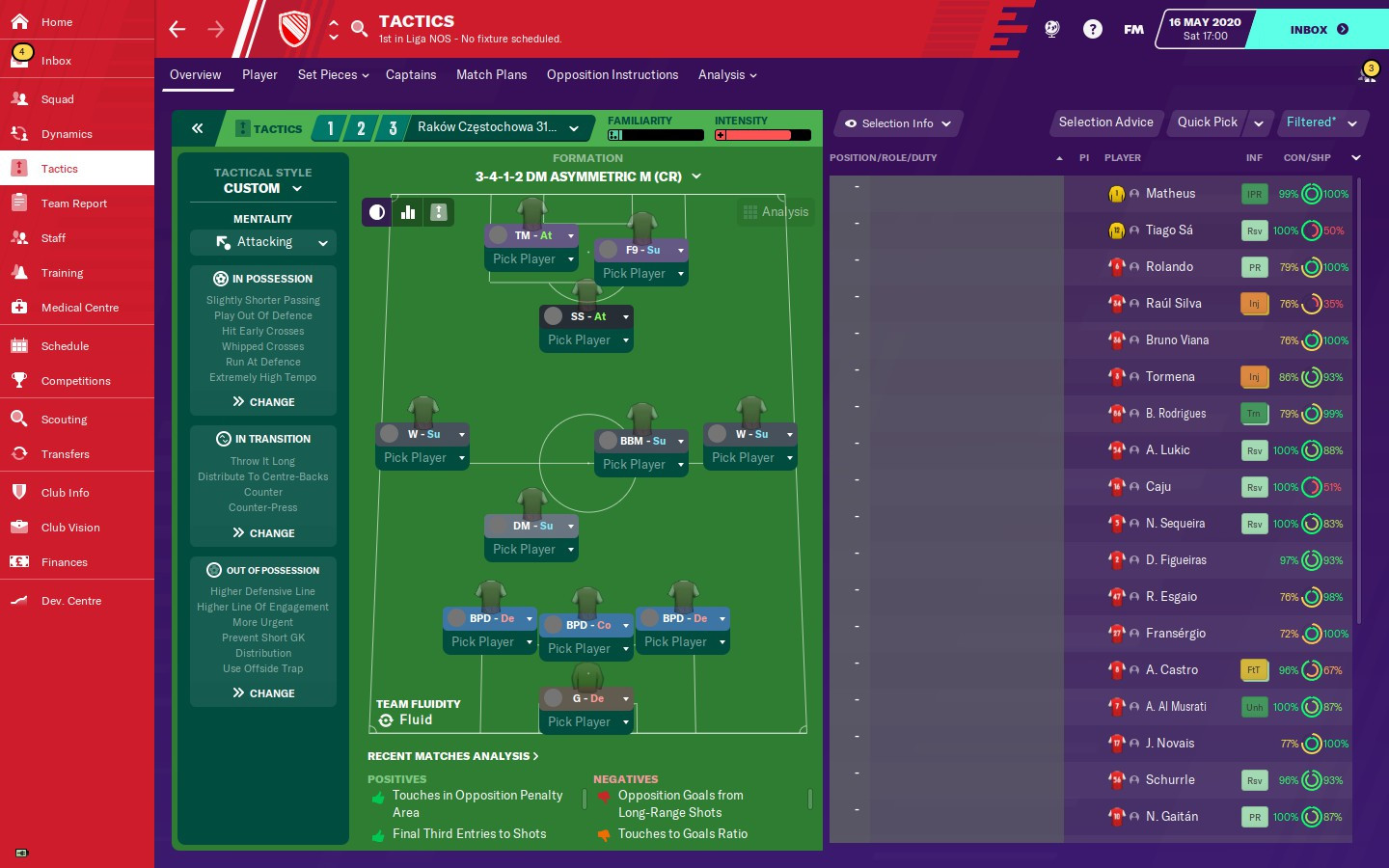 About The Tactic
The 31312 is something that was created by Ćwieku. Becoming intrigued by the tactic, RDF then decided two make some tweaks. This brings plenty attacking chances, mainly the chances come from out wide with the wingers hitting their crosses in early as possible, with the forward 3 players (2 strikers 1 attacking midfielder) causing trouble with plenty of movement. The forward 3 attacking movement patterns often make it a pain to defend against, one striker looks to stay on the shoulder of the last defender and also stretching play by movements in the channels. The other striker (False 9) will look to drop deeper in to the attacking midfield area whilst the player positioned in the attacking midfielder area will look to make forward runs in to the spaces created by the False 9. In midfield, the Box-to-Box midfielder will look to balance the midfield by making forward runs but also tracking back, he is the workhorse in this system. The Defence midfielder then becomes the glue for the midfield, he will look to hold his position in between the lines of the midfield and the defence, also helping prevent any counter-attacks that may happen. And then the 3 Ball-Playing defenders, who will need to be comfortable on the ball as a lot of play will start from the build-up from the back.

In the 2nd system, roles are very similar. The difference is the roles of the front 3. This system is used when playing against big teams to help get the ball further up the field in a shorter amount of time, making that counter-attack more possible. To achieve this, the Advanced Forward now becomes a Target Man who is a great tool to get the ball further up the field. Then the Attacking Midfielder becomes a Second-Striker, looking to feed off the Target Man and also the False 9

In possession the tactic will generally look to control the game, but with pace. On the ball, people must make their decisions quick as the ball needs to be with the players further up the pitch, that is where the real magic happens. When the ball is in the wider areas, the wingers are asking to get their crosses in early to try and unsettle the opponent but also we don't want the wingers holding on to the ball for too long. Out of possession, we must counter-press. Having only 3 defenders means we can be light at the back if counter attacks happen so therefore, we want to win the ball back as quickly as possible to not allow the opponent to play. To achieve this, we must close down also keep a higher line 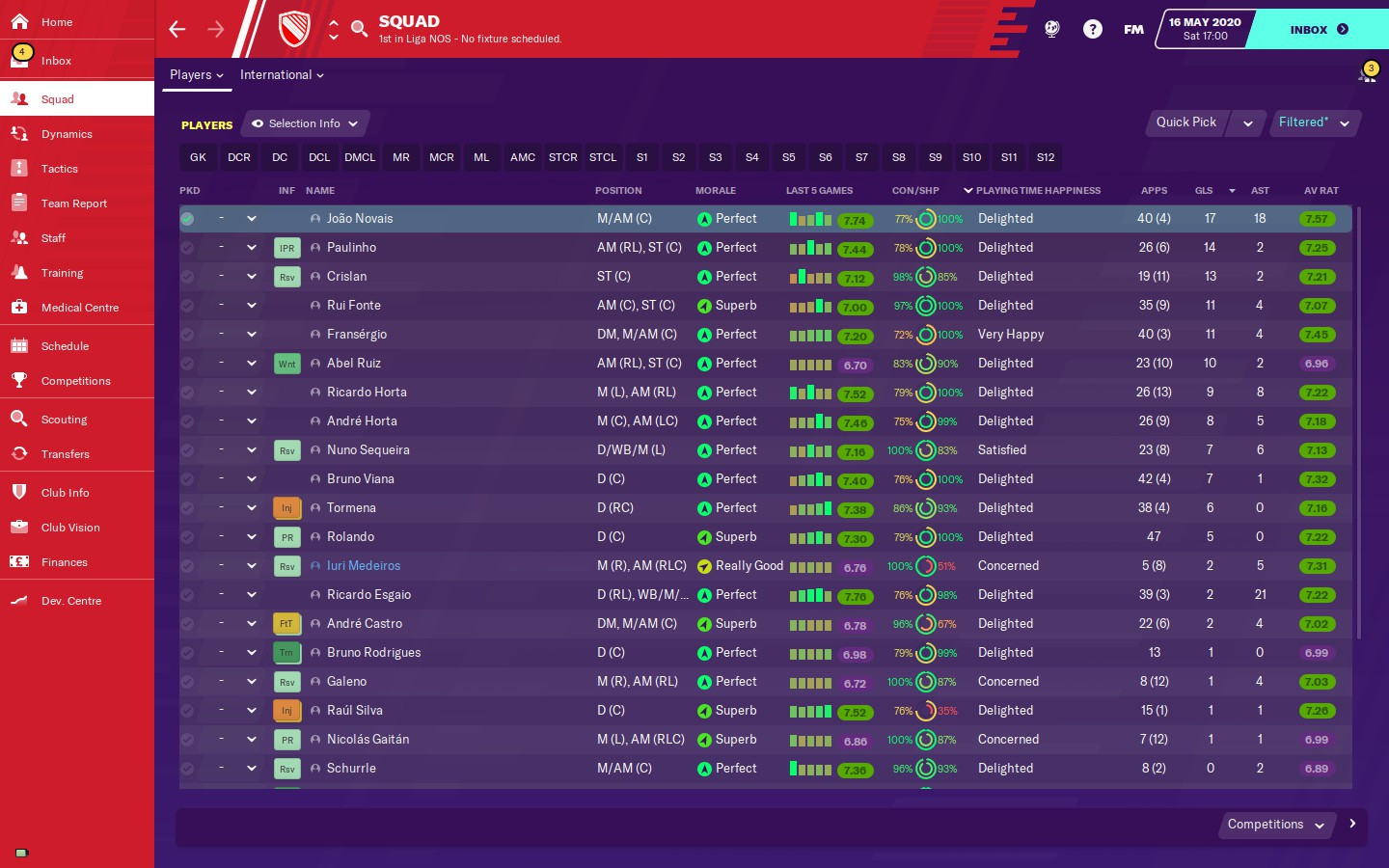 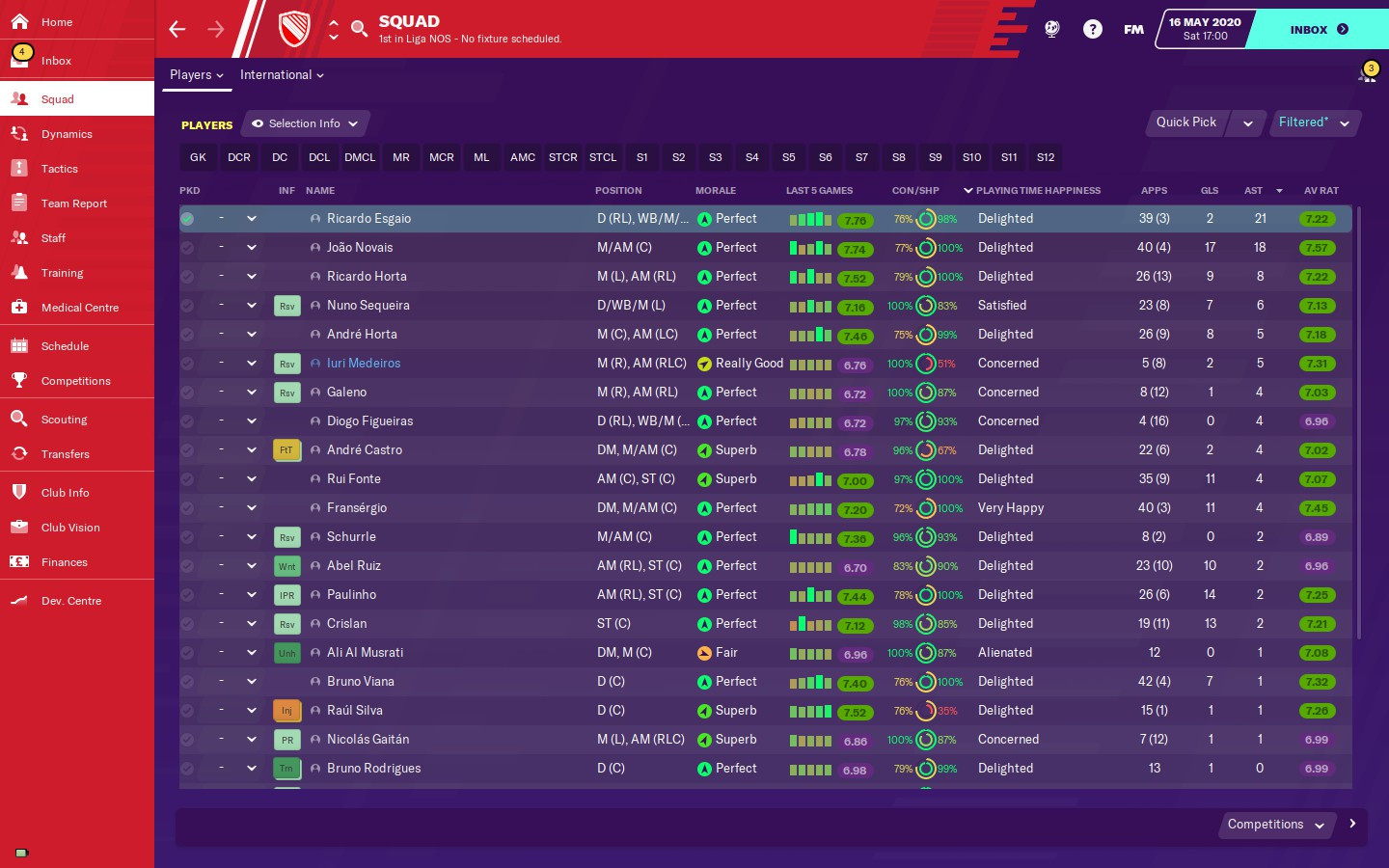 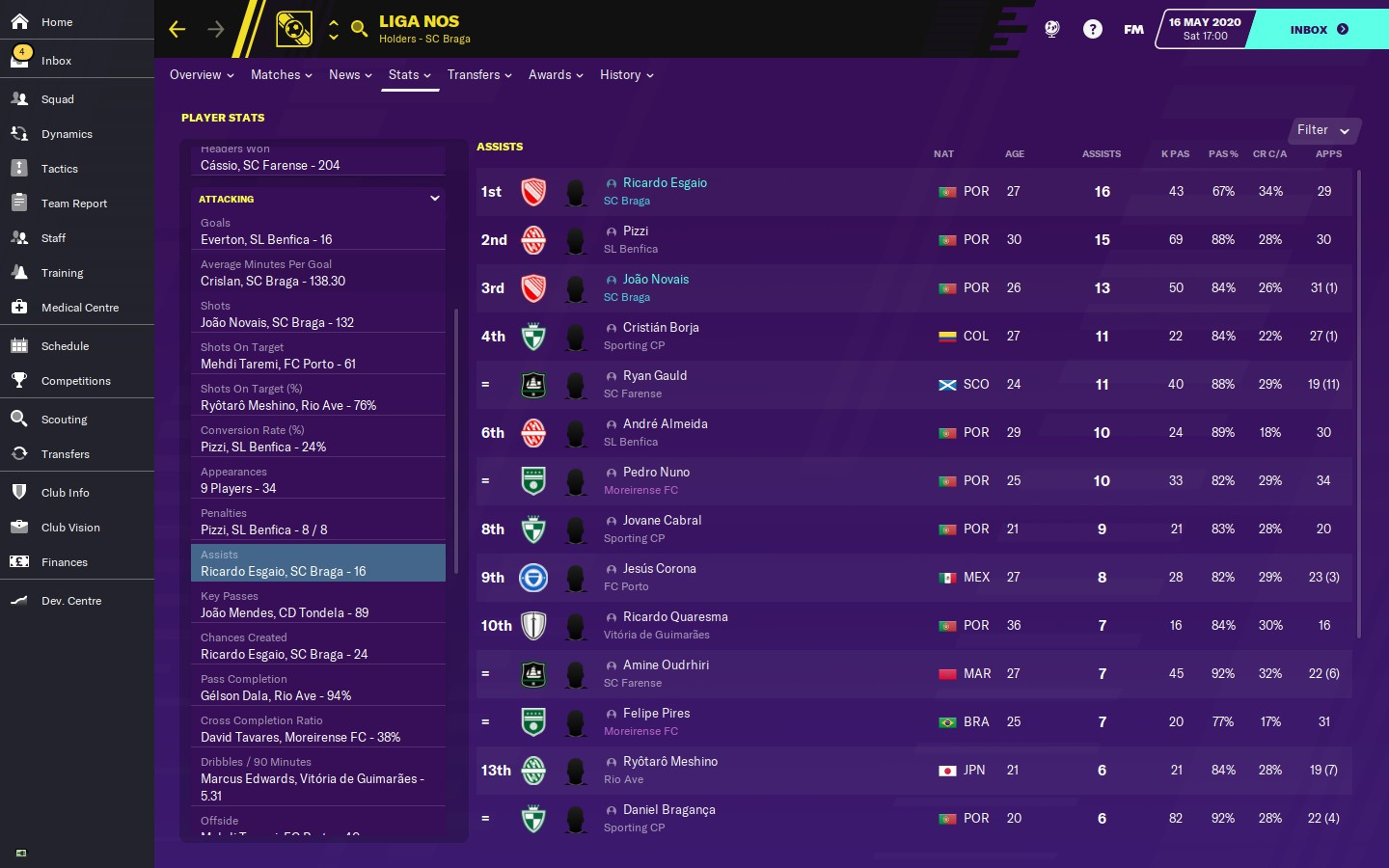 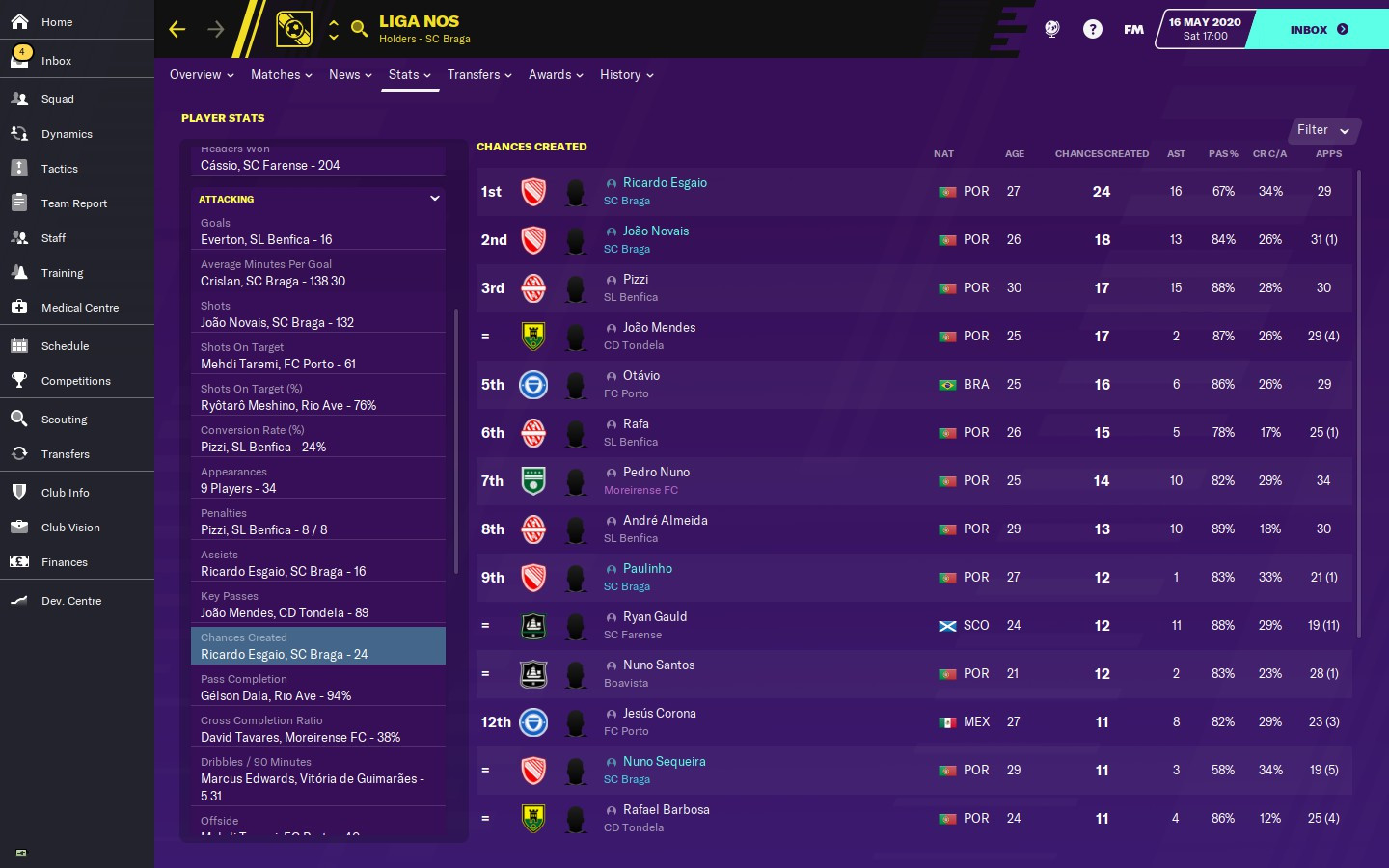 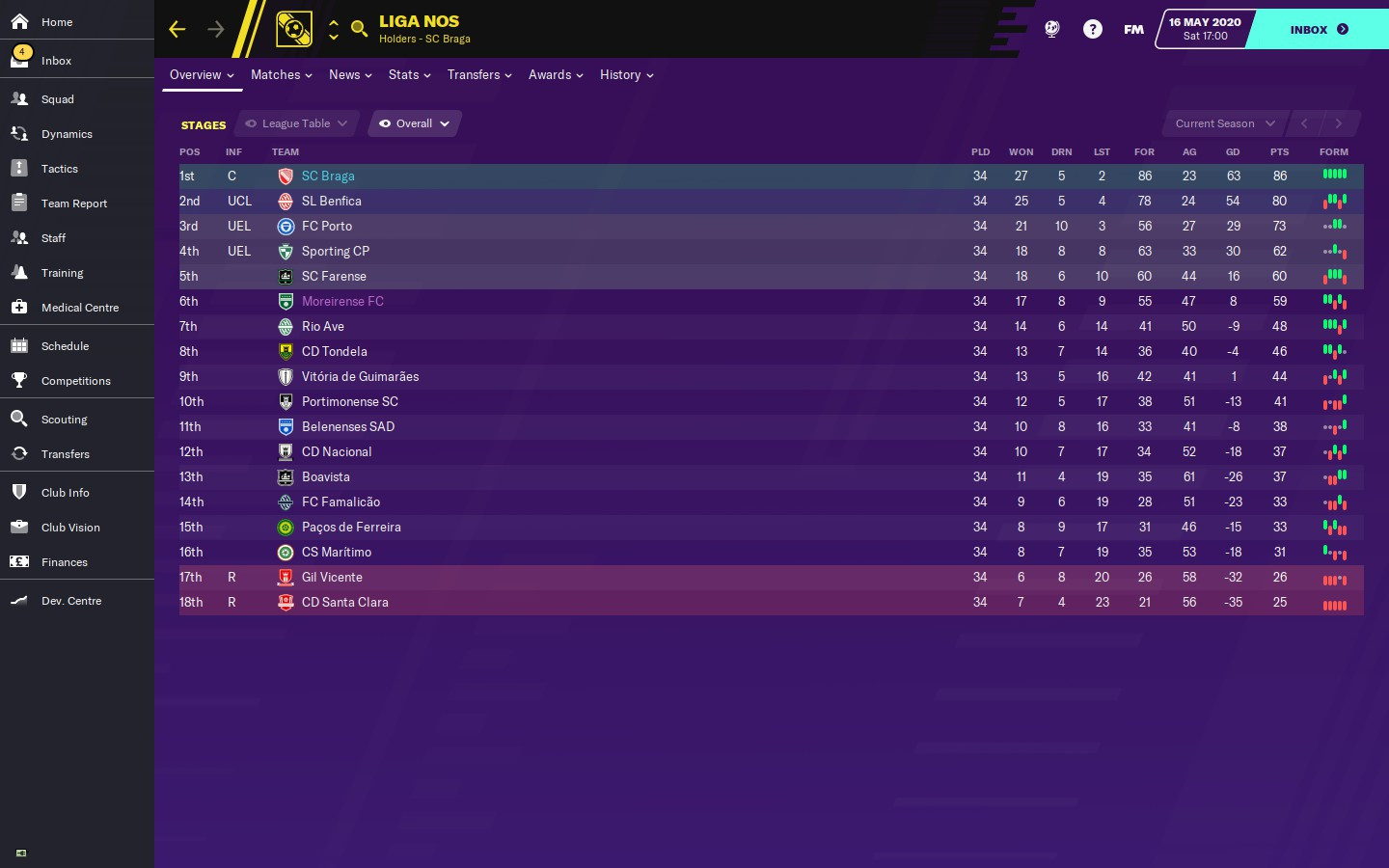 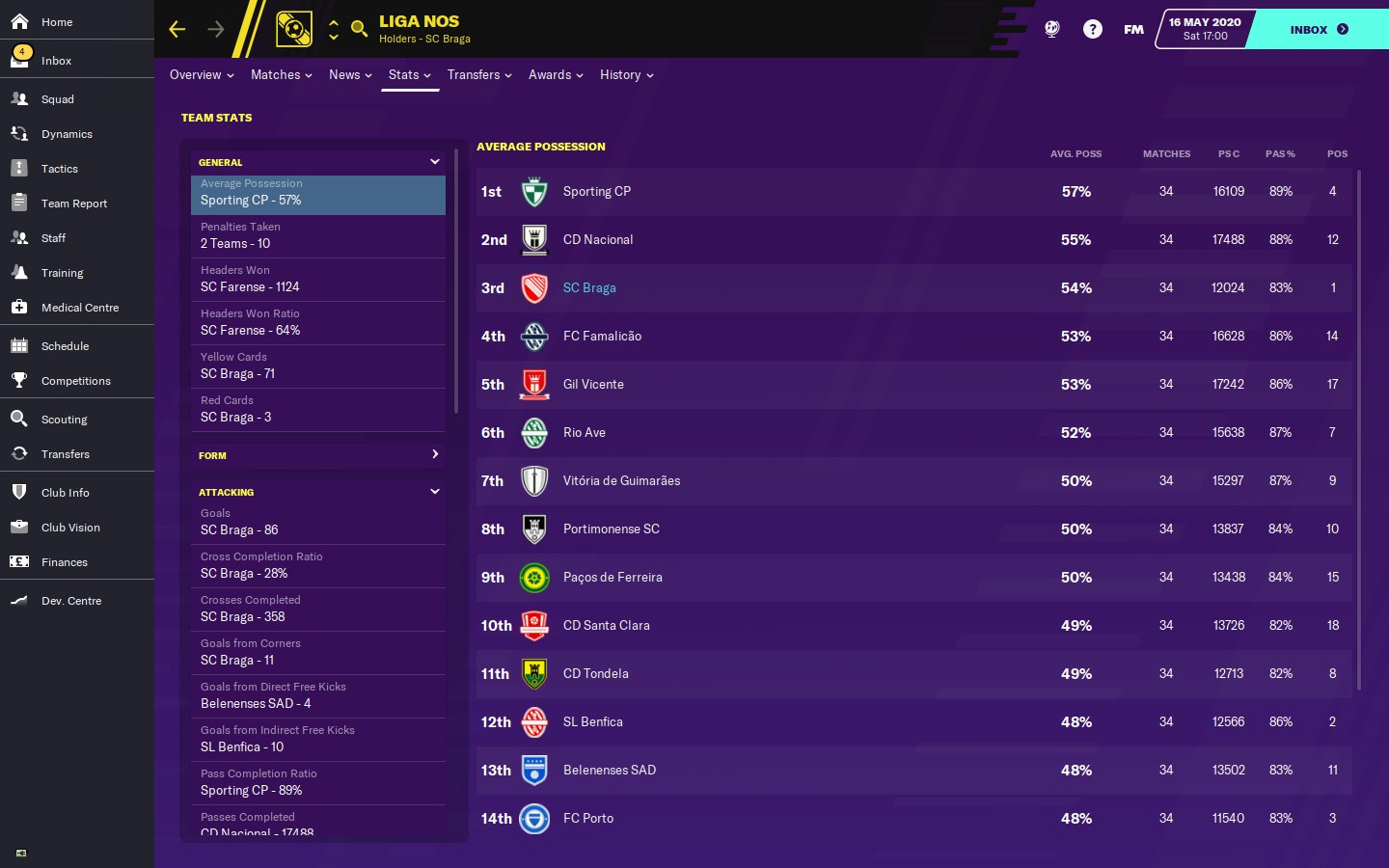 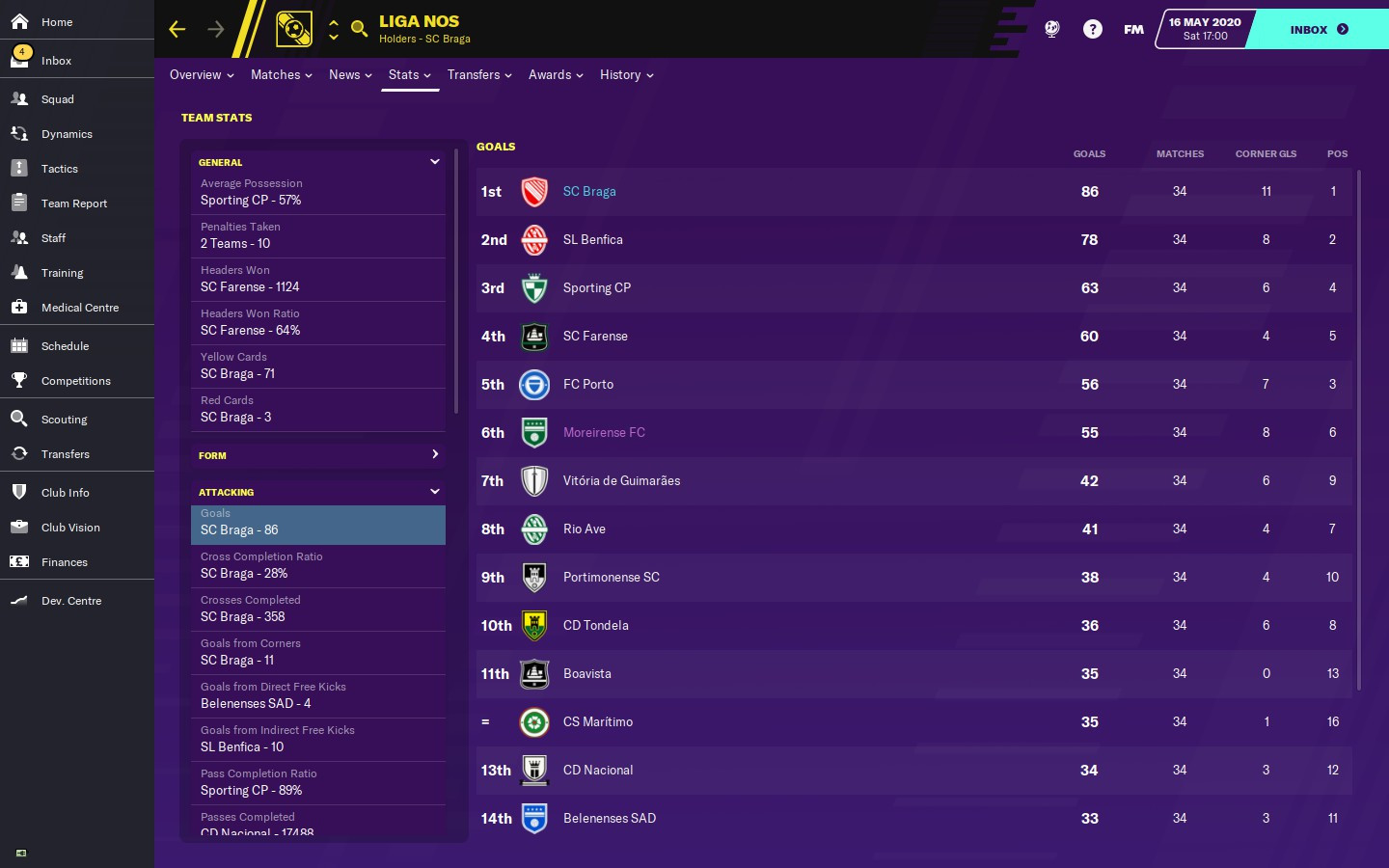 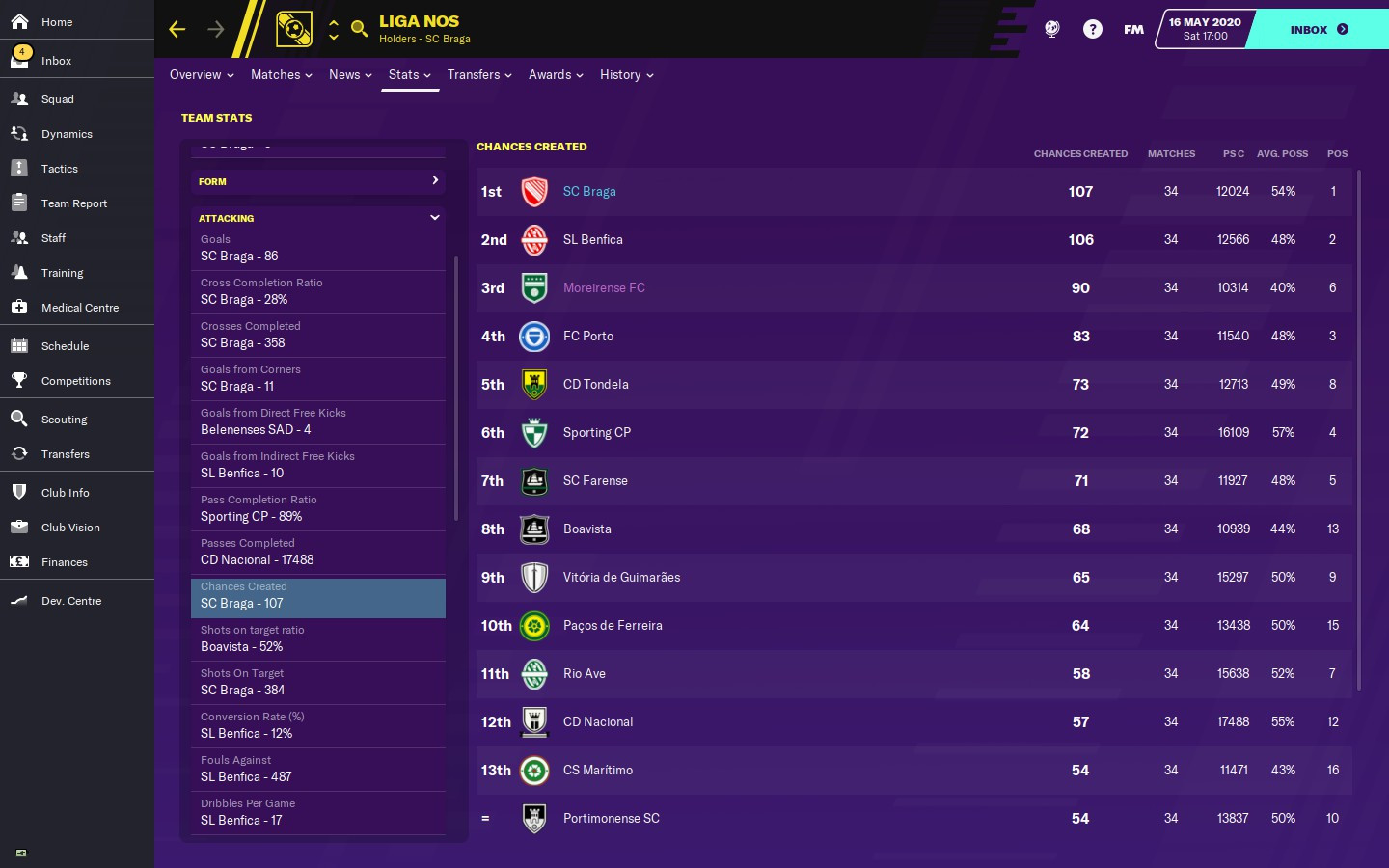