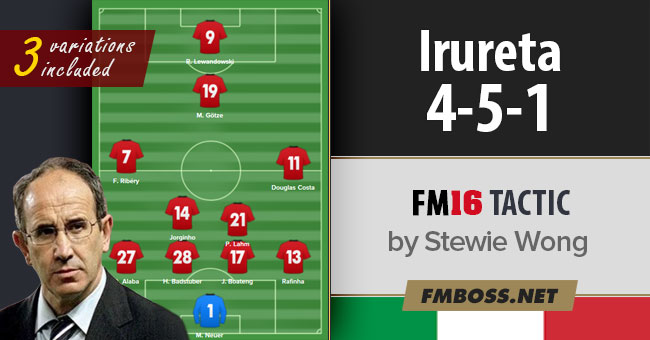 He had a distinguished playing career with Atlético Madrid and Athletic Bilbao, playing in 344 La Liga games for both teams combined, and scoring 70 goals.

Irureta managed several Spanish top flight clubs, most notably Deportivo de La Coruña. He is the only person to have coached both the two major Galician (Deportivo and Celta) and Basque (Athletic and Real Sociedad) sides. As a coach, Irureta started with lowly Sestao Sport Club and joined CD Logroñés four years later, then led Real Oviedo to a sixth-place finish in the 1990–91 season, with subsequent qualification to the UEFA Cup – he repeated the feat with Celta (where he was awarded Manager of the Year titles by both Don Balón and El País) in 1998. In the1994–95 campaign he briefly returned to Athletic Bilbao,then coached neighbours Real Sociedad.

However, Irureta's greatest successes came with Deportivo de La Coruña where he spent seven years,winning another Don Balón coaching accolade in 2000. In his second year he led Depor to its first ever league title, adding runner-up finishes in 2001 and 2002 and third-places in the following two years, while also achieving UEFA Champions League quarterfinals in 2001 and 2002 and the semifinalis in 2004; in 2002 the club also won the domestic cup, beating Real Madrid at the Santiago Bernabéu Stadium.

I needed a team who had good defensive playmakers as well as solid defensive midfielders so I decided I would try with Bayern Munich. The team played some beautiful high quality football at the halfway stage of the season even shocking the expectations I had for them. I left out Xabi Alonso; he is a quality footballer but too slow to fit the scheme. The only reason Javi Martinez remained is because he had a lot of cover if and when he was caught out. Lewandowski did as he normally does bagged me crucial goals throughout. I also implemented swaps in all of the games to give my team some form of unpredictability. The attacking midfield role is very delicate. I used in a lot of games Gotze because Robben was hurt; this player needs to be your "x" factor. 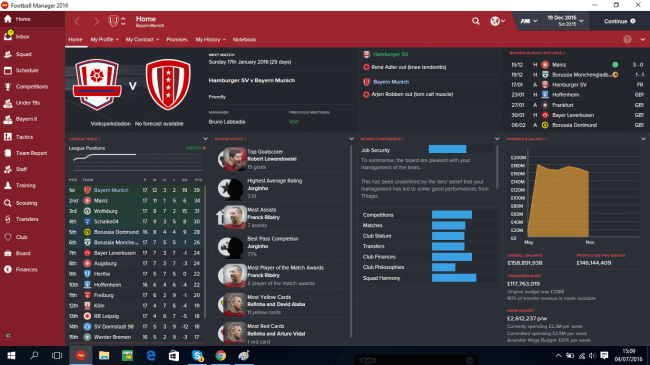 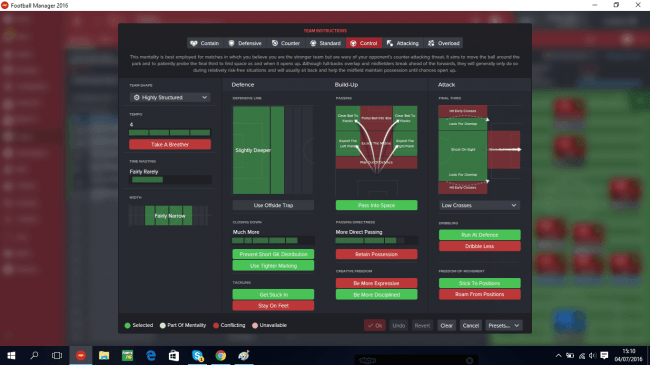 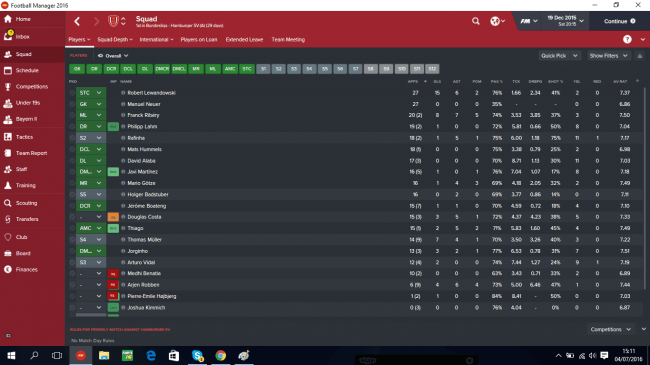 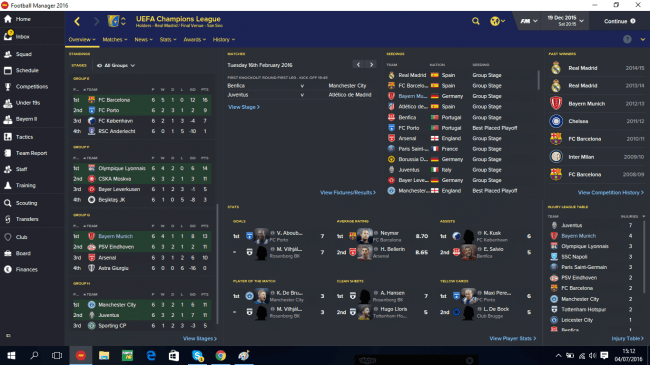 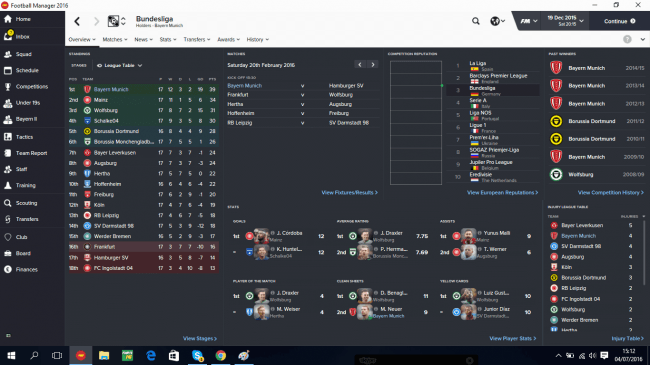 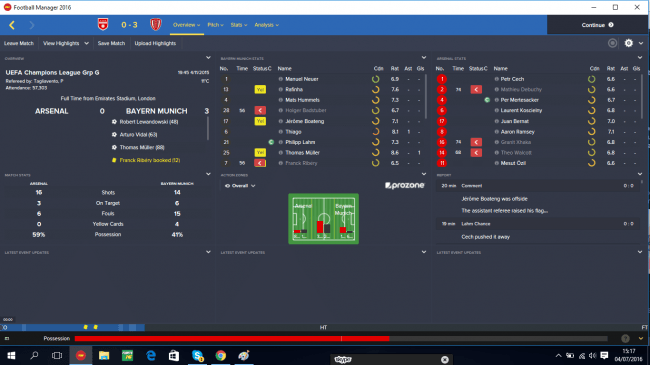 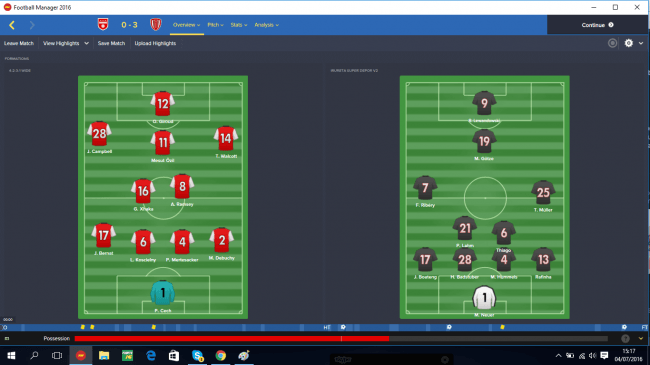 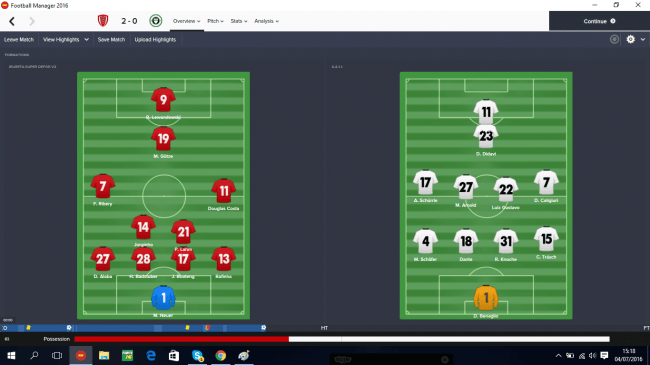 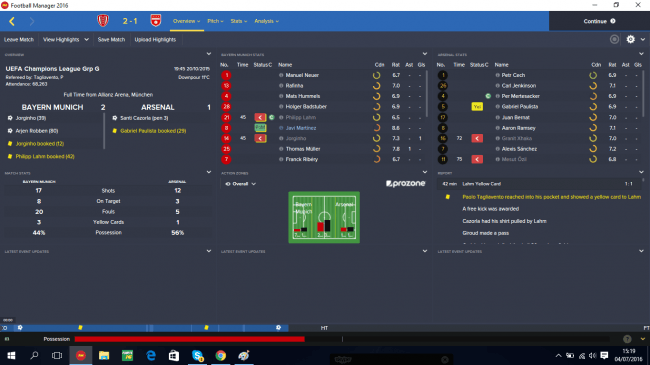 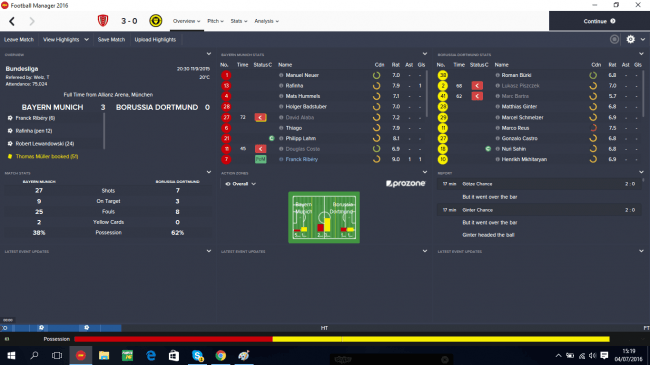