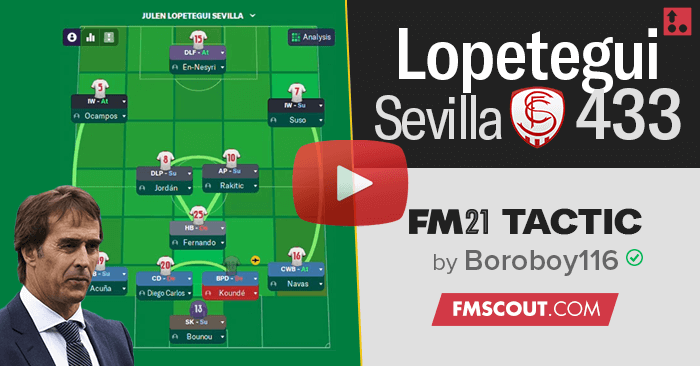 Julen Lepetegui took charge of Sevilla for the 2019/20 season after a brief stint in charge of Real Madrid. He was unfortunate to be sacked by Madrid especially given he wasn't given a lot of time.

At the time of his sacking, Madrid were in a decent position within striking distance of Barcelona. He was looking to implement a more possession style with Real and the pressure was immense as is always the case in Madrid.

He was fighting an uphill battle from the get-go due to the departure of the club's talisman Cristiano Ronaldo, his side struggled to take their chances in games and the final straw was the embarrassing defeat in the Classico to Barcelona.

In his first season in charge of Sevilla, he continued the tradition of the club by winning the Europa League. Immediately he set about transforming the squad with no less than 12 new players arriving.

The style of old was gone and he blended together physical and technical players, creating a possession-based system with a high work rate and pressing off the ball.

For a more in-depth look into the work, Lopetegui is doing In Sevilla check out the video below.