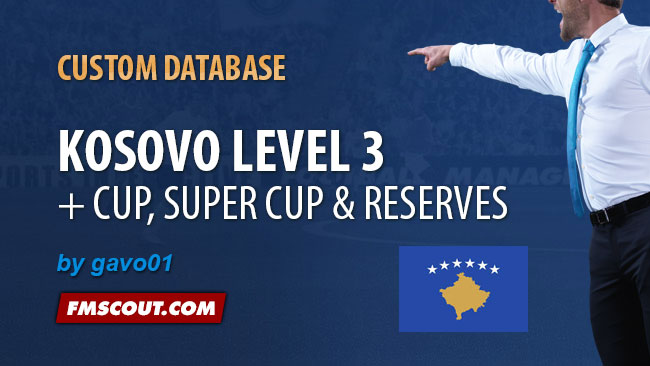 Click above link to download .dbc file and when complete move it in your Football Manager 2014 editor data folder:

Start a new career game. May not work on Classic mode.
A little pop-up window will come up that says there is 1 enabled editor file. Click OK.

Under advance options please tick Add Players to Playable teams.
Apologies for using this option but adding every real life Kosovo league player to the database is a long and tedious job.

This database has been tested in holiday mode, as far as July 2025, with no problems.