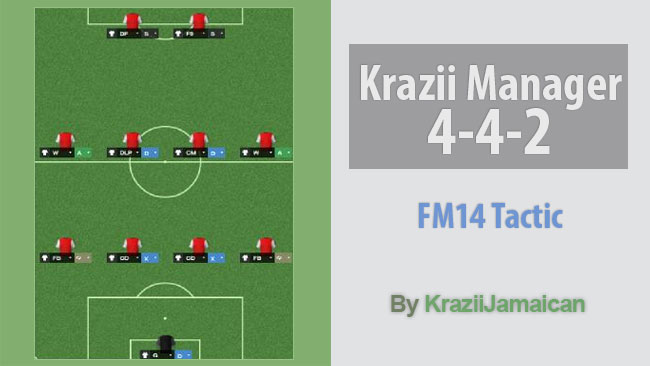 The 4-4-2 formation is one of the most commonly used in the world game.
It is an adaptable system that gives teams strength in midfield and plenty of width. The role of central midfielders and full-backs, particularly, can change depending on how much emphasis a team is putting on defense or offense.

Full-backs are given more of an attacking role in this system than in years gone past.

The 4-4-2 formation is effective because it can be adapted based on whether a team is setting out to attack or defend.

Strikers in the 4-4-2 Formation

It is common in this system to have one striker playing high up the field capable of holding the ball up and laying it off to his partner. This player furthest up the field is often a big target man, with the physical strength to hold off defenders and bring his teammates into play.
But the front two does not have to comprise a big man and another striker running off him. Often teams choose to deploy a withdrawn striker, capable of playing in the 'hole' (the area behind the main striker) and using his creative skills to set up those around him, primarily his strike partner. Former Netherlands international Dennis Bergkamp was a prime example of this type of player.

If a coach opts to field a creative player in the 'hole,' the formation transforms into a 4-4-1-1.

Whichever front two combination a coach chooses to field, the player who is not a big target man or a withdrawn creative player, is likely to be a goalscorer, with the nous to sniff out and score chances in and around the penalty area.

Central Midfielders in the 4-4-2 Formation

In a 4-4-2 formation, it is common to have one defensive midfielder and another whose job is to get forward and join the strikers in the penalty area.
The defensive midfielder is charged with breaking up opposition attacks, and when the team is on the back foot, act as an extra member of the defense. Most good teams have a player capable of screening the defense, acting as an insurance policy should the team surrender possession. Three of the best defensive midfielders currently in the game are Michael Essien, Javier Mascherano and Yaya Toure. It is players such as these that allow the team's more attacking players to push forward.

The other midfielder still has defensive responsibilities, especially when his team does not have possession. But it is key that he gets forward to support the strikers when the team have the ball, otherwise there is a risk that the front men would lack support, particularly if the wingers are not of the required quality.

More attack-minded managers may opt to have two midfielders who go forward, particularly against weaker teams, but it is considered the norm to field one more defensively-minded player.

If a manager is looking to surprise the opposition, he may tell his midfielders to take turns in going forward.

Wingers in the 4-4-2 Formation

A winger's prime responsibility is to take on full-backs and get the ball into the strikers. A typical old-fashioned winger will attempt to beat his defender before crossing into the penalty area for the strikers and advancing midfielders.
Wingers can also cut inside and pass to teammates but if they are instructed to cross the ball by their coach, it is more likely that they would do so on their favored foot from a wide position.

While the advanced midfielder has a responsibility to support the strikers, it is also the job of the wingers to get into advanced goalscoring positions.

When on the back foot, it is a winger's job to defend against opposition wingers and full-backs. If faced with an attack-minded full-back such as Dani Alves or Maicon, it is imperative that the winger supports his own full-back, or there is a risk that that flank could be badly exposed.

The primary role of a full-back is to defend against opposition wingers and other players occupying their area of the pitch. Good tackling ability is a prerequisite, and they should also help their central defenders, particularly when the opposition have a corner.
A team's full-backs can also be a major attacking weapon. A full-back with pace, power and good crossing ability is a real asset on the flank as they can stretch the other team's wide players and provide ammunition for strikers.

Often when their team has a corner, the full-backs will remain near the half-way line in case the opposition launch a rapid counterattack. This is because the central defenders will likely be up for the corner because of their height, while the full-backs can use their pace to foil the counterattack.

Central Defenders in the 4-4-2 Formation

The center-back's main job is to repel the attacks of the opposing team, primarily by tackling and heading the ball out of the danger zone. A center-back can mark a player in a certain area (zonal marking) or pick up a designated opposition player (man marking).
Playing in the center of defense requires strength, bravery, concentration and an ability to read the game.

It is also imperative that together with the fullbacks, they implement an effective offside trap. 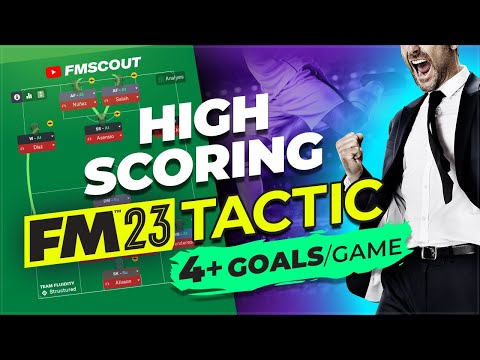