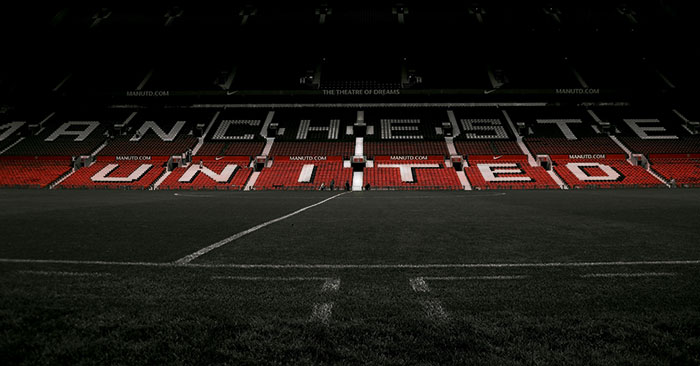 Manchester United host Arsenal this weekend hoping to take a step closer to securing second place in the Premier League.

United head into the match three points clear of Liverpool with a game in hand, but Sunday's game has taken on special significance with the news that Gunners' manager Arsene Wenger will step down from his role at the end of the season.

Wenger's announcement that he will end his 22-year association with Arsenal came out of the blue and one of the best coaches of the Premier League era will be eager to make his last visit to Old Trafford a special one.

Red Devils' boss Jose Mourinho has had plenty of fall-outs with Wenger over the years, but there is likely to be plenty of mutual respect on show on Sunday.

Mourinho's only injury concern for the game is back-up goalkeeper Sergio Romero, although the Portuguese may decide to shuffle his pack with the FA Cup final against Chelsea on the horizon.

United employed a 4-3-3 formation in their recent 2-0 victory at Bournemouth and Mourinho will probably set his team up the same way on Sunday.

Arsenal's main focus will be on the two Europa League ties against Atletico Madrid either side of Sunday's trip to Manchester and Wenger could give opportunities to some of his younger players at the Theatre of Dreams.

Mohamed Elneny will definitely miss the game with an ankle injury, while both Henrikh Mkhitaryan and Jack Wilshere are battling back to fitness.

If you're planning to watch the game live, search for affordable hotels in Manchester at Cheaprooms.co.uk. We recommend the The Ascott Hotel which is located close to Old Trafford. Rooms start from £85 per night.

United ruthlessly punished defensive errors to win 3-1 at the Emirates Stadium back in December, despite Paul Pogba being sent off for a dangerous tackle 16 minutes from time.

Antonio Valencia pounced on a loose Laurent Koscielny pass to grab the opener, before Jesse Lingard side-footed a second after robbing Shkodran Mustafi.

Alexandre Lacazette pulled one back for Arsenal early in the second-half, but Lingard bagged his second of the game in the 63rd minute to seal the points.

United have held the upper hand over Arsenal in recent times, losing just four of their last 22 meetings in all competitions.

The Red Devils follow up the Arsenal game with visits to Brighton & Hove Albion and West Ham United, before rounding off their season at home to Watford.

Seven points from their remaining four matches would guarantee United second place and Mourinho will be keen to reach that mark as soon as possible to maximise preparation time for the FA Cup final.

Discussion: Manchester United closing in on second place in the Premier League