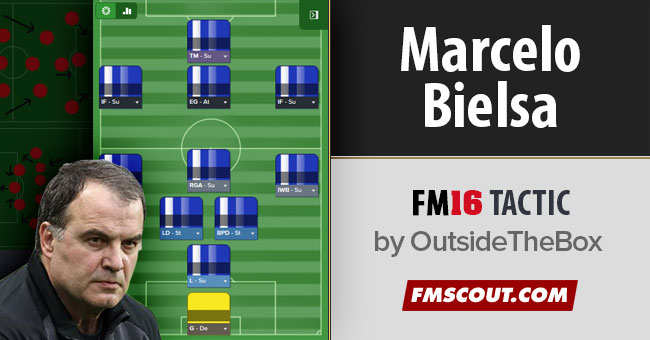 
Marcelo Bielsa is an Argentinean manager who in the last 10 years has set the footballing world alight, though you might not have realised it yet. Born in Rosario yet supporting neighbouring team Newell’s Old Boys, Bielsa challenged opinion at an early age by opting not to support the team his father had followed passionately for many years, Rosario Central. The trend continued as he grew older choosing not to continue the family’s tradition of going into politics and law, he instead decided to devote his life to football. He became a defender playing for his boyhood club, but later retired at the age of 25 after moving around the lower leagues so that he could concentrate on coaching. After qualifying as a physical education teacher he became first-team coach at Newell’s and with the team went on to win the 1990-91 Argentine Primera División and the 1991-92 Argentine Primera División Torneo Clausura.

He went on to have brief stints as a coach at Mexican clubs Club Atlas and Club América and Argentine club Vélez Sársfield before being offered the job of manager at Espanyol in 1998. He accepted the role but left shortly after, having been offered the chance to coach Argentina’s national team. Under Bielsa Argentina qualified for the 2002 World Cup but were knocked out disappointingly in the first round. Despite this setback Bielsa remained in charge and lead Argentina to be runners up in the 2004 Copa América (losing 4-2 to Brazil on penalties) and the winners of Gold at the 2004 Olympic Games. Bielsa then resigned from the national team at the end of 2004 blaming fatigue. In 2007 Bielsa became the national coach of Chile, leading them to the success of qualifying for the 2010 world cup after missing out on the previous two successive tournaments. This success caused a great deal of popularity in Chile for Bielsa, with fans campaigning for him to remain as coach. Bielsa was rewarded for this popularity as Harold Mayne-Nicholls, the president of Chile’s Asociacíon Nacional de Fútbol Profesional, announced that Bielsa would remain as coach of Chile until 2015. However Bielsa resigned in February 2011 after threatening to quit if Jorge Segovia was elected President of the Football Federation of Chile, following through on his promise.

In 2011 Bielsa returned to club football by taking up the manager’s post at Athletic Club in Spain, who enjoyed a relatively successful first season under El Loco’s reign. Disappointingly finishing 10th in La Liga, they qualified for the Europa League after finishing as runners up to Barcelona in the final of the Copa Del Rey while also enjoying a good run in Europe, finishing as runners up in the Europa League to Atlético Madrid. After Javi Martinez was sold to Bayern Munich and Fernando Llorente was used sparingly due to contractual disagreements, the following 2012-13 season ended disappointingly for Bielsa. His side finished in 12th place in La Liga, were knocked out in the round of 32 to Segunda B (Spanish 3rd division) side Eibar, and failed to get out of the Europa League group stage. This season’s disappointment was reflected when president of Athletic Josu Urrutia announced that Bielsa’s contract would not be renewed at the end of the season. Bielsa subsequently left the club on June 30th 2013.

The following year Bielsa was hired by Marseille and would start his 2 year contract after the 2014 FIFA World cup. His first season again had mixed results. Marseille were knocked out of the Coupe de la Ligue round of 32 to Rennes and were knocked out in the French Cup round of 64 by French fourth tier side Grenoble. Despite poor cup form Marseille finished the season in 4th place in Ligue 1 achieving automatic qualification to the Europa league group stage for the 2015-16 season. After losing the opening game of the 2015-16 season to Caen, Bielsa resigned from management of the club after stating he “completed [his] work [there].” This was following the club attempting to change details within his contract which he would not accept, and previously signing players Bielsa did not want.


So what has Bielsa achieved? With minimal success at both national and club level, what is so special about El Loco? Why have managers, such as Mauricio Pochettino described Bielsa as “one of the best managers in the world.” Whilst Pep Guardiola said in 2012 that Bielsa “is the best coach there is in the world at the moment.”

It’s simple. The man is obsessive. Having become famous for collecting video tapes of football, he has spent hundreds of thousands of hours watching and analysing the beautiful game. When he took over as coach of Newell’s in 1990 he immediately made changes, not only in terms of training but also tactically. He implemented a 4-3-3 system which was capable of changing to a 3-4-3 when required, similar tactics to which we have seen Guardiola use during his spells at Barcelona and Bayern Munich today.

He reduces his philosophy to 4 terms: “concentración permanente, movilidad, rotación y repenitización.” Translated to concentration, movement, rotation and spontaneity. He believes in winning the ball back as close to the opponent’s goal as possible and translating this defence into attack, using movement to create space, allowing for players to express themselves fully and act with imagination and spontaneity. What is this style of football? It’s loco.

Pep Guardiola and Mauricio Pochettino are only two people on a long list of managers to have been influenced by Marcelo Bielsa. Bielsa often seeks to overload his defence with a spare man and play an enganche behind 3 forwards when in attack. The transition time taken between these two tactics is constantly looking to be shorted by Bielsa so that his defence is stronger and so that attacks are more threatening. This is something we have seen Pep Guardiola implement both at Barcelona and Bayern Munich.

Bielsa often seeks to have his team transition between a 3-3-1-3 formation when in attack and a 5-3-2 formation in defence. 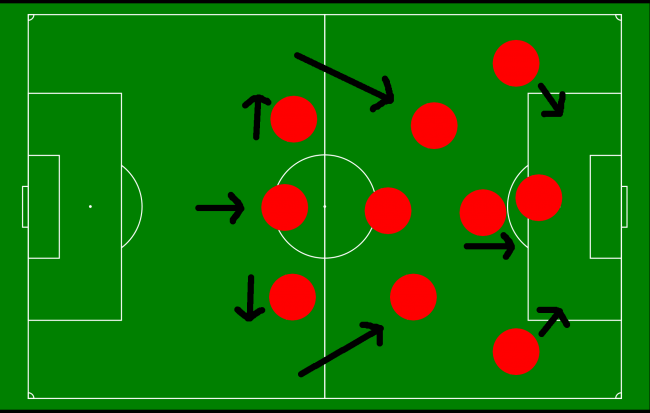 Whilst in attack the two central defenders spread apart allowing the libero to step forward to make a back three. The two full backs move into central midfield alongside the midfielder to create a 3 man midfield. The other midfielder moves forward behind the striker and the two wingers seek to cut in with the ball. Creating his famous 3-3-1-3 formation.

When transitioning into defence the libero steps back into the role of a sweeper whilst the two centre backs come closer together to narrow any space which the opposition can attack. The two full backs move out wider whilst remaining close to the centre backs, and the wingers move in centrally to help the lone defensive midfielder. The enganche keeps his role as playmaker behind the attacker and serves as the main outlet when defence is transitioning to attack. 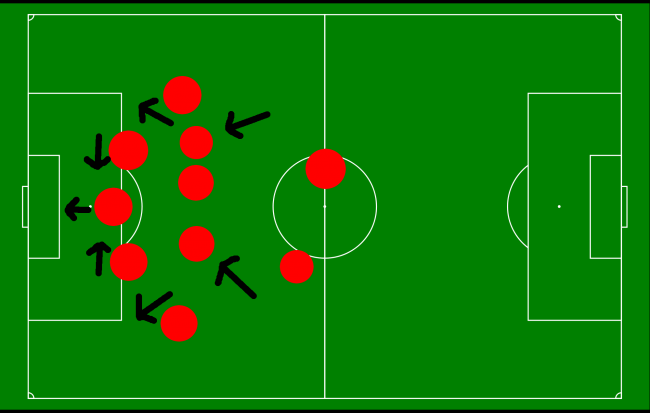 This is very similar to how Pep Guardiola has implemented tactics in the past with Barcelona and more recently Bayern Munich. At times he has opted to play two full backs Lahm/Rafinha or Alaba/Bernat. This tactic not only allows faster transition, but also a much stronger defence. By doing it this way Guardiola seeks to exploit either the left or the right when attacking, depending on which full backs he deploys. Giving his team a greater level of fluidity than Bielsa’s while keeping the core thoughts and ideas of the coach he deemed the best in the world in 2012. 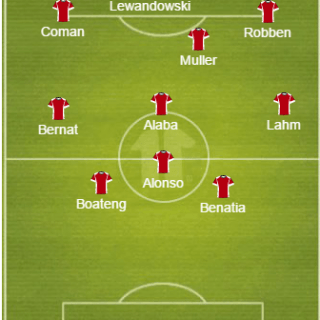 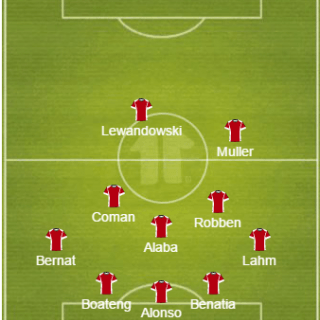 Mauricio Pochettino’s adaption of the Bielsa’s tactics can also be seen during both his spells at Southampton and Tottenham. When attacking he likes to use a similar 1-3 formation in his attacking third. However only opts for two at the back, perhaps due to the defensive capabilities of Dier in midfield and his ability to drop back or the sweeper keeping prowess of Lloris in goal. In defence Pochettino also adapts a similar tactic by getting his wingers to get close to the two central midfielders whilst also getting the full backs to drop back, creating a solid block which is able to quickly turn defence into attack through Eriksen when they win the ball back. 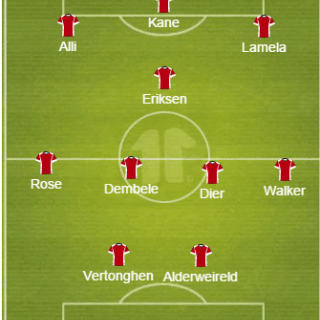 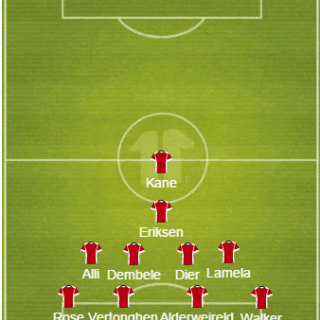 These are just two managers Bielsa have influenced, but perhaps his greatest successes. Guardiola has had undoubted success with both Barcelona and Bayern Munich, while Pochettino in recent times has been touted as the best manager in the English Premier League by several journalists and fans alike. However the list of other managers who have been influenced by him boasts the likes of former Barcelona manager Gerardo Martino and current Atlético Madrid manager Diego Simeone.

After influencing a few of the best managers in the world to become who they are today it could be argued his influence has brought the most success in football over the past 10 years. So whilst his trophy cabinet may not be impressive, the world class list of managers who all admire Bielsa and use his ideas is unquestionable. El Loco a failure? Think again.


I am going to try and replicate Bielsa’s tactics using Real Sociedad. The main focus on general training I will set to “fitness” due to the high levels of stamina needed in a Bielsa tactic because of the high pressing game he plays. I’m also going to set the match preparation to defensive positioning. This is due to the awareness his players must possess as well as Bielsa’s need to fit players into his tactic. There are no stars in a Bielsa team, when one player is injured he is replaced and the tactic always stays the same. 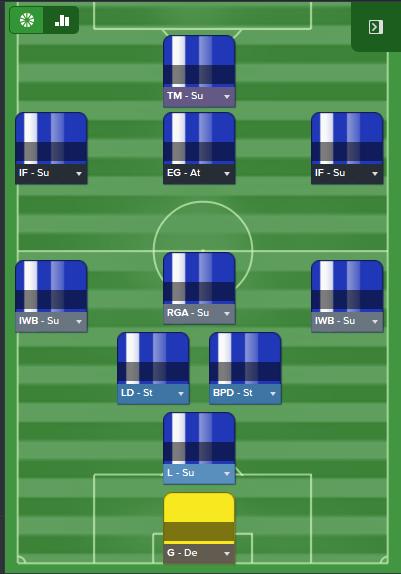 The Target man in this tactic will hold up the ball for the inside forwards and the enganche who will be looking to push forward when in attack. The enganche will sit in behind, looking for the perfect pass when in possession, and looking to get further forward and into space whenever a team mate has the ball. The inside forwards will look to sit narrowly, cutting in and effectively making a front 3 in front of the enganche. Behind the enganche the regista will be looking to pull the strings, and will form a midfield alongside the two inside forwards. The back three will see the two centre backs spread and the libero step forward creating a defensive back 3 whenever in possession of the ball. Creating Bielsa's famous 3-3-1-3 formation when the team is in possession and attack. 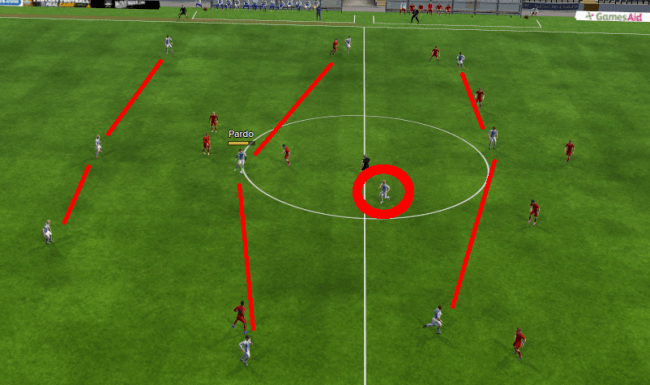 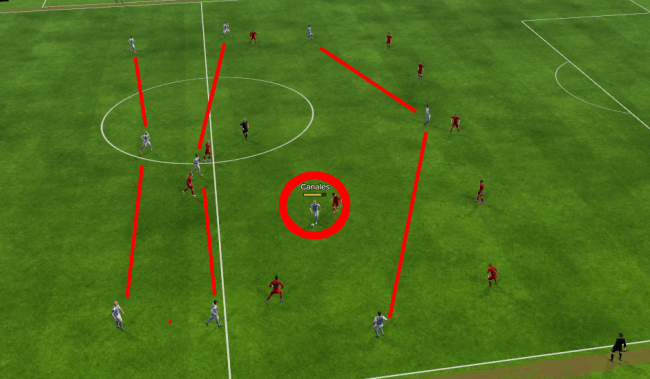 When out of possession the team will look to revert to the 5-3-2 which Bielsa plays. The inverted wing backs will step back alongside the centre backs. The libero will drop slightly deeper and look to provide the defensive cover in that "spare man" role which Bielsa loves. The two wingers will drop into midfield alongside the regista to create a centre midfield 3 whilst the enganche and target man will remain up front to provide a counter attacking option whenever the ball is won back. 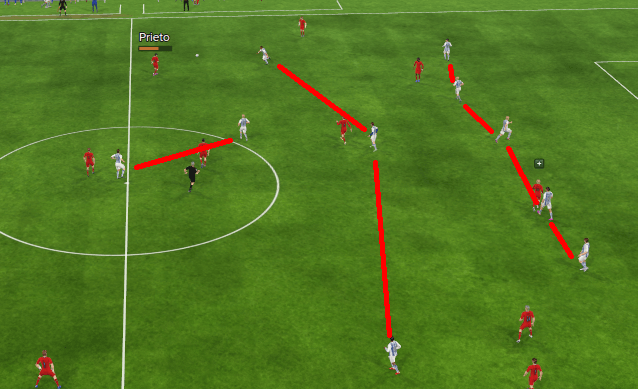 
Bielsa's attack and defense transitioning side has been successfully replicated using the Football Manager match engine. This was the main aim I set out with when creating this tactic, not for results but so that people can look at and analyse his style, tweak it and make it work for their team. Just like great managers such as Pep Guardiola, Mauricio Pochettino and Diego Simeone. Best of luck, and I hope you enjoyed my tactic.