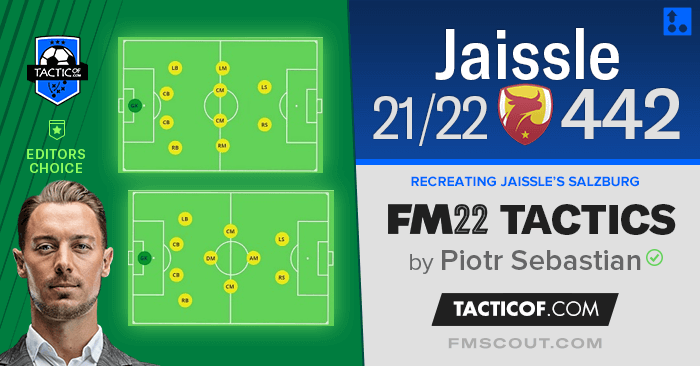 Salzburg’s Matthias Jaissle plays 4-4-2 set-up in a diamond with the full backs (Nissen, Ulmer) providing the width with a deep-lying defensive midfielder forming a back three with the central backs.

In deep defense they do not shy away from playing a low block with the central midfielders positioned deeper and the forwards positioned wide to press.

In the first phase after losing the ball Jaissle’s team presses intensely and narrowly in an attempt to push the opponent out into the wide sectors.

The defenders then position themselves higher up and the whole line of pressure moves across as the ball moves, which in turn allows the central defenders to make pressing leaps for vertical pass attempts. Hence they very often adopt a transitional 4-2-3-1 shape in defence.

Once the ball has been intercepted, both strikers position themselves wide and press the opponent’s defensive line by moving between the lines into the free space.

If the opponent leaves them more space in the center one of the offensive midfielders looks for a vertical entry into the penalty area through the inside channel. This very often sets them up with three in attack. At this time the strikers are in turn looking for space to enter from the wide areas into the center. 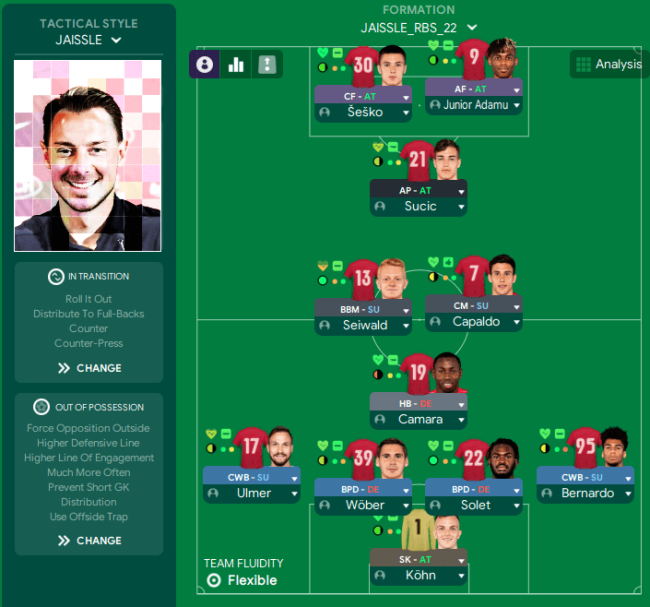 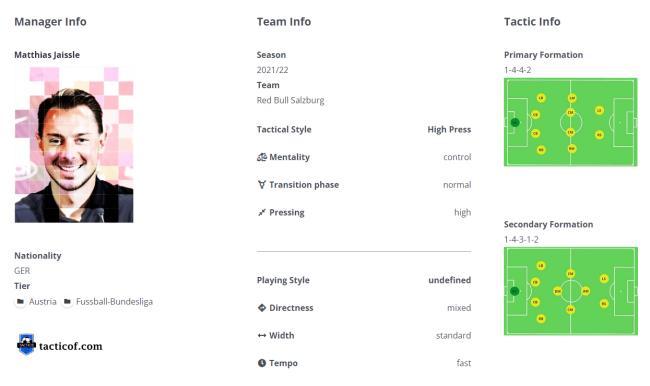