I have only tested this with Juventus and the Italian national team but I have now used it for 14 seasons! With Juventus I won 13 out of 14 League titles with this formation, 30+ cups including 5 European championships. 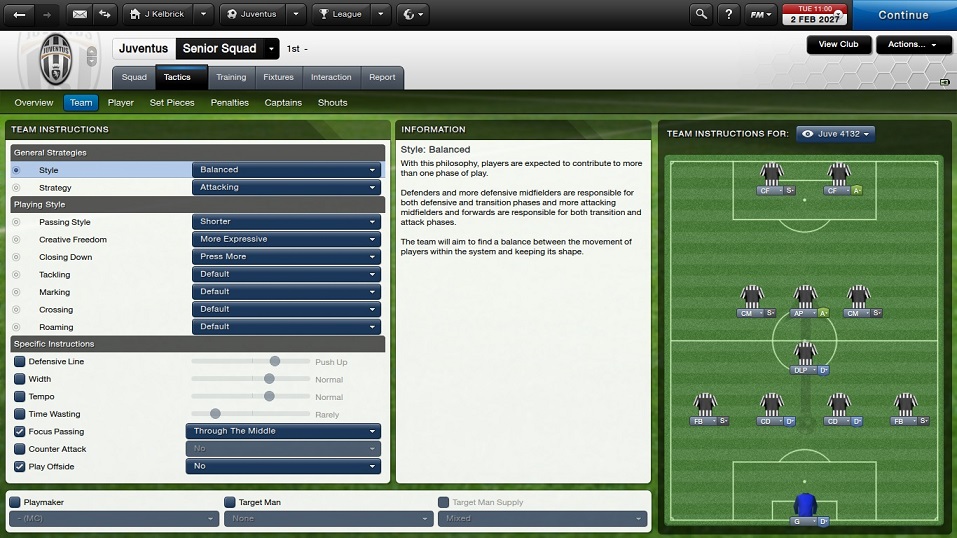 * Flat back four
* One deep lying playmaker
* Three centre mids, the middle one is an advanced playmaker attacking
* Two complete forwards, one support one attack

Lastly I just want to state I'm not a cheat, no saving before big games (I lost my first champions league final to Bayern on pens in 2015)

Let me know if this tactic works for you, give it time before sending me hate mail if it doesn't, haha. I will start testing it on lower division teams soon.