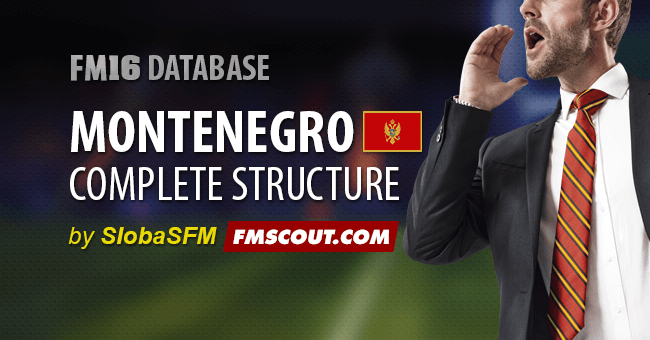 Added Montenegrin national and club media.
Changed reputation of all Montenegrin clubs in the game.

The situation with Mogren is specific. They started the competition this season in the second division after relegation from the first division last season, but after two games because they failed to fulfill obligations in the league they got relegated to the third tier. It would create an additional problem so I decided that the first season Mogren deduct 99 points (the maximum possible win in season) to ensure they'll relegate to the third division.

By default Montenegro join the European Union in 2020.


More than 1,600 changes in the database.
Tested over three seasons to Go On Holiday without any problems.

Please support my work on my new official facebook page for FM add-ons.
Add-ons by Sloba