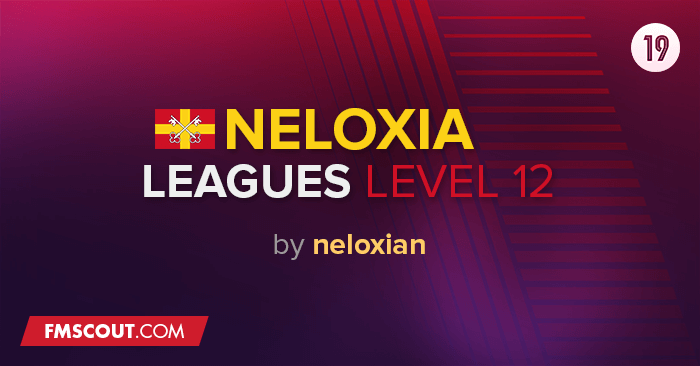 Features the Virgin Galactic League, a big money tournament featuring teams from around the world.

Compatible with some custom files, but can't be sure which ones (besides classens or uncle sam's which I've tested) will work with it.

DIVISIONS
LigaPremier (18 teams, 34 games) - 5 points for a win, 2 points for a draw. Top 10 teams earn $ for finish in the regular season. Top 8 teams qualify for the championship playoffs (sorry, I'm an American at heart). Bottom 3 teams are relegated. Teams placed 12-15 have to play a relegation playoff. It's a bloodbath to stay in this league.

Series (A/B/C/SE) Top 3 teams promoted in each level, 4-7 playoffs, Bottom 3-4 relegated (depends on level) 3 pt wins at this level and below. Some lower levels have age rules.

Don't activate these levels, there is a known issue that I haven't solved yet where the game won't generate fixtures past a certain point when you play with the lower Neloxian levels.

For this setup, it's almost integral that you do that OR if you play with Neloxia to "add players to playable teams" so you get regens to stock your teams. But if you're one of those people who loves playing with real players and don't want to see them leaving England or Spain for Neloxia, then you'll probably want to skip this db.

If you want a well-designed sandbox with lots of history and fun teams to explore, it's a good situation.

Here are the teams in the top two divisions at the start of the game: