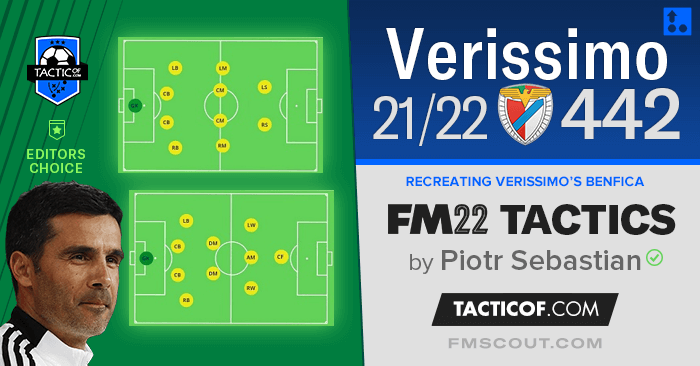 Nelson Verissimo used the 4-4-2 formation most often playing the ball from deep with the active participation of the central defenders and goalkeeper. The second favourite variant used by Benfica in situations of high pressure from a strong opponents was 4-2-3-1.

In the case of narrow and closed spaces caused by the opponent’s high pressing it was the direct counter that was the most common scheme with the active participation of the two strikers (Nunez, Ramos) whose skills and physical conditions ensure that they secure the ball and successfully start the offensive action.

Regardless of the way the ball was play out of the defence an important role was played by the highly positioned full backs creating the passing option and the strikers who attacked the defensive line by making a wide move from deep, forcing the opposing defence to stretch and thus increasing the free space in the offensive third.

The development of the action took place mainly in the wide sectors but with the search for narrow vertical channels in the center as a target for the last pass.

In defense Verissimo’s Benfica positioned themselves in a high block but allowed opponents to initiate the action.

The pressure of one of the strikers followed immediately after the ball was played by the central defender and in the meantime the two wingers (Everton, Rafa) were preparing to press from the wide sectors. The second striker meanwhile was closing down the passing channel. 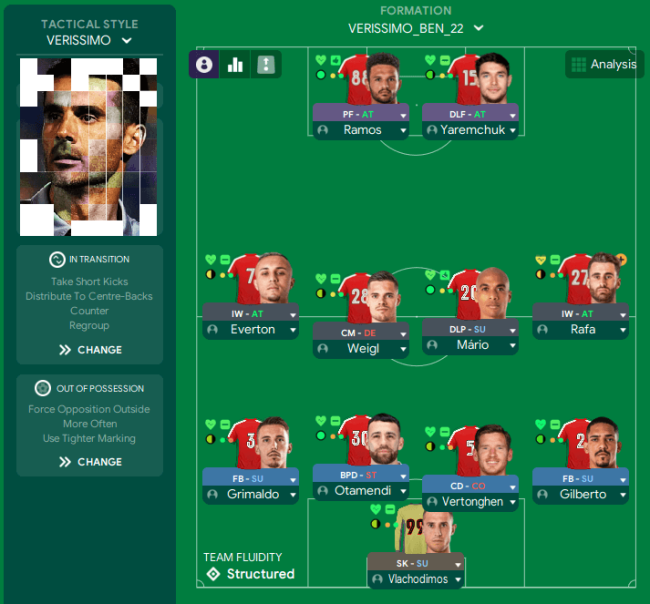 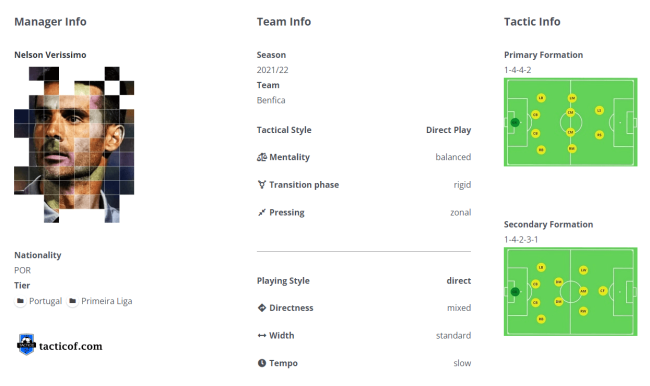