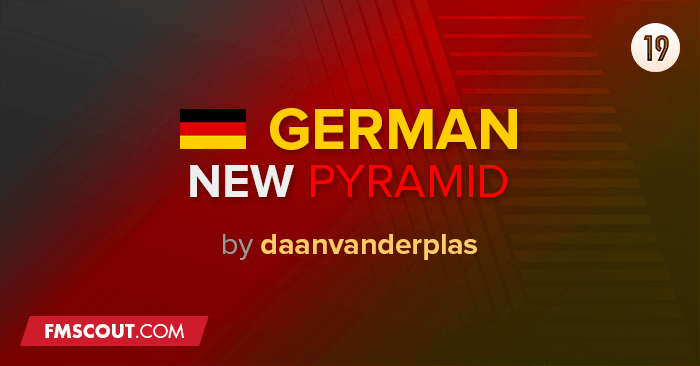 In this update the German football pyramid is restructured and looks similar to the English football league system.
There are 5 national levels and 3 regional levels.
It consists of the following leagues:

Next to the cup and the supercup I added DFL-Ligapokal as a lucrative winter cup and the Nationalpokal for teams from 5th level.
TV-money is more spread in the top divisions so that it's easier to compete standard champion Bayern Munich. TV- and prize money wont be on Premier League level, but better than it was, so some more competition is possible.
B teams that compete in the league are managable, any club without B team has a reserve squad competing in regional reserve leagues.

If you have any questions, let me know