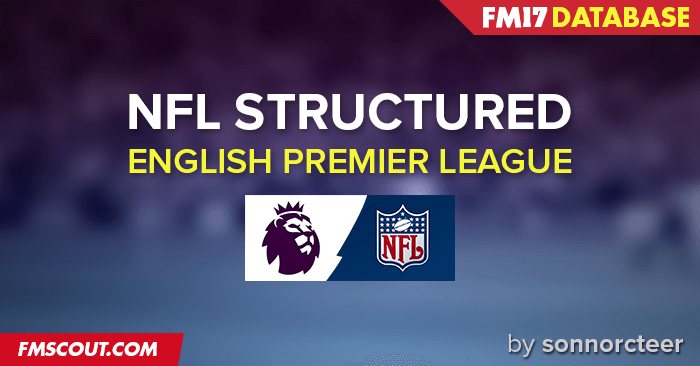 This FM17 database is a conversion of the English Premier League's structure to be similar to American NFL.

You may have seen it from the what if series on my blog.

Contains:
- 2 Conferences, of 4 divisions, of 4 teams each. 32 teams total.
- A weighted schedule, with each team playing at least one team from every other division
- Playoffs, with wildcards, seeding, home advantage and a Superbowl
- FA Cup converted into a 2 legged knockout cup between the top 32.

Only the structure has changed. The rules try and stay as consistent as possible to the current Premier League rules. Things like FFP, transfers, squad rules, prize money and European qualification are all set up and should work.

Names are not included. These were done using an edited form of a name fix, so you'll have to implement that yourself if you want them!

Any feedback or bugs let me know. I'll try and get them fixed as soon as possible! 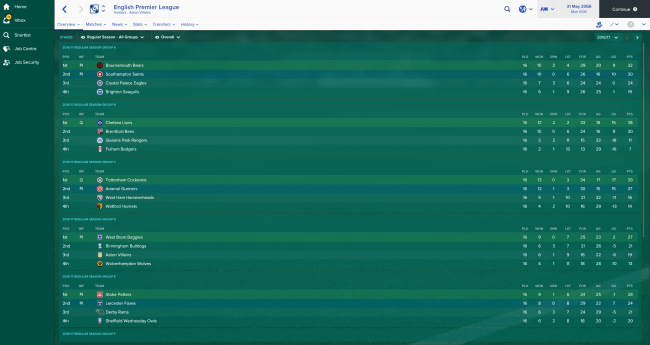 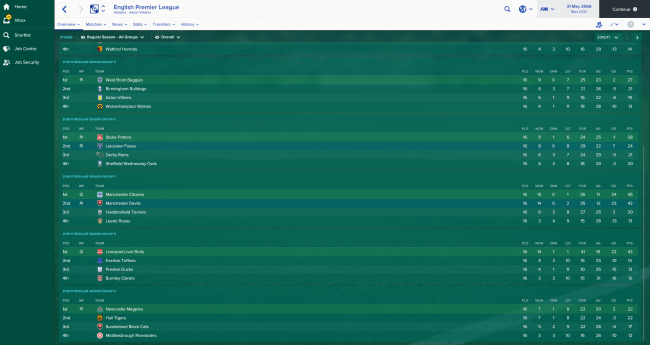 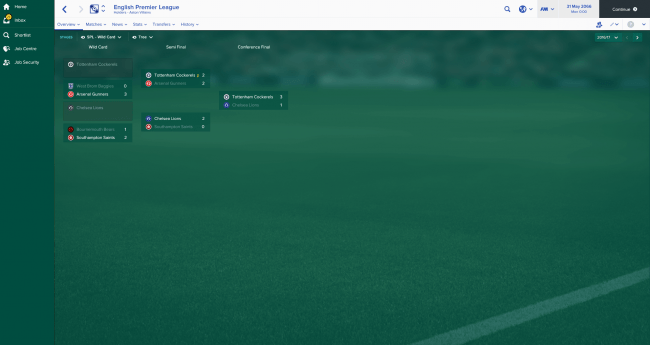 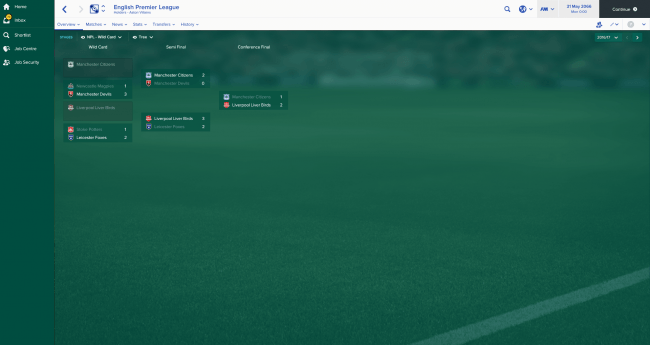 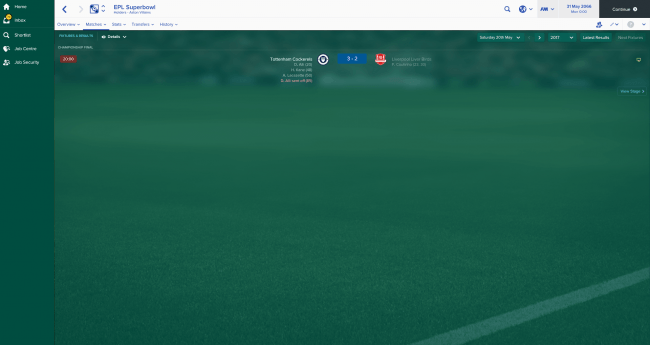